Defensibility Adds the Most Value for Founders 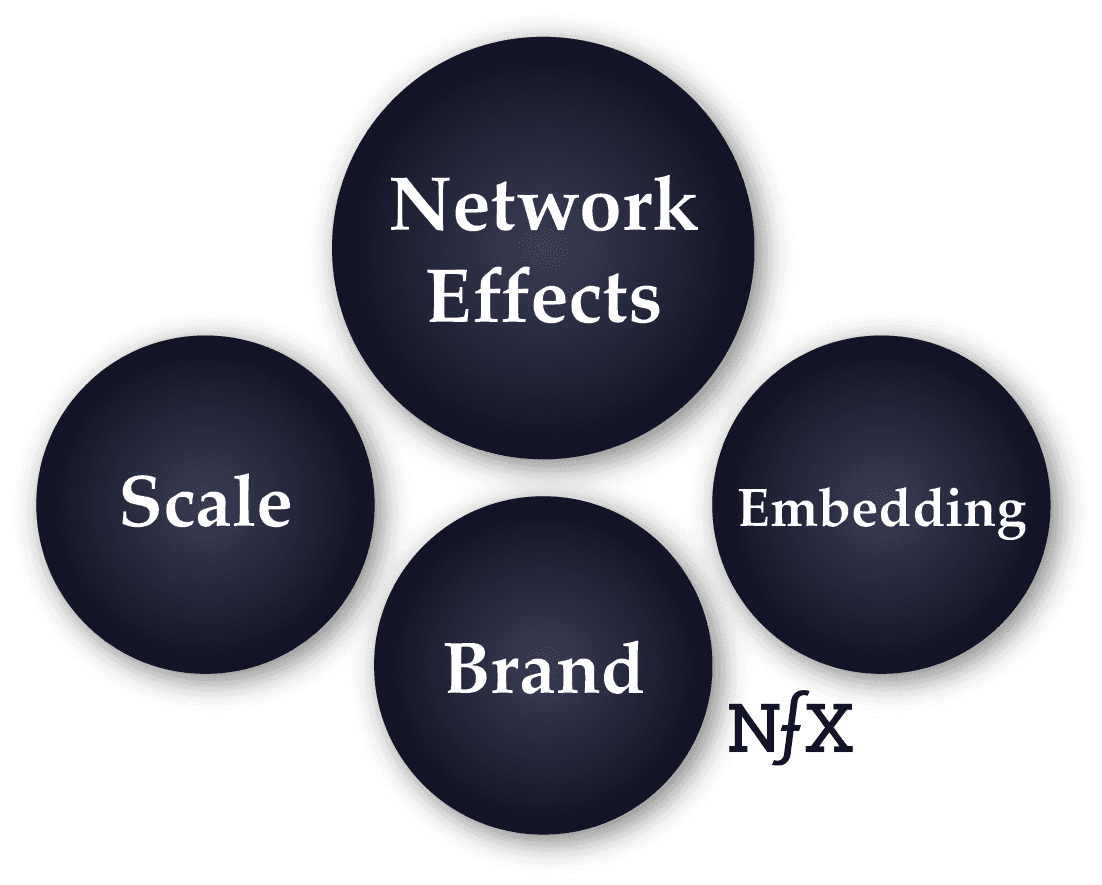 The recent $26 billion LinkedIn acquisition by Microsoft was the largest in the history of the software industry, and the $19 billion WhatsApp acquisition by Facebook in 2014 was close behind. These are examples of how much value is created by companies that achieve true defensibility.

Some advisers tell founders, “Don’t worry about defensibility. Focus on doing something to delight customers and do it better.” That’s okay.

But, if I have a choice, I’d rather start a business where I know if it works, it will be defensible… that I can really protect it from competition. For a long time.

The punch line here is that the best way to get true defensibility in the digital world seems to be by using network effects. We’ll get to that.

The game has changed

Network effects have emerged as the native defense in the digital world.

In the digital world, however, these have largely melted away. In software, information transparency is much higher, geographic borders mean less, it’s easy for customers to click to a competitor, etc.

What we’re left with are a short list of competitive advantages and just a handful of true defensibilities.

How startups get competitive advantages

Speed. Going faster is a significant advantage in the short and medium term. It’s the No. 1 competitive advantage every startup can give itself. At NFX Guild, this is one of the critical things we screen for in our Guild members.

Capital. Like we’ve seen with Uber, Square or NextDoor, the ability for a team to raise more capital lets a company hire faster, buy market share and move to set up real defensibilities. Further, raising a lot of capital helps scare other investors from investing in your competition. (It can also lead to errors in judgment that hurt the company, but that’s another story.)

Unique Team. Either technical talent or having unique insight into a customer/market.

Buzz. When companies like Slack or Meerkat capture the elusive imagination of influencers in tech and media, it makes it easier to fundraise, hire talent, get press and get noticed by customers.

Relationships. People do matter. Having a personal advantage with a customer can be an advantage for a time against competition.

Silicon Valley. Companies located here have a competitive advantage because of access to capital, press, talent and creative insights from the dense network of people working on similar problems.  The numbers prove it.

Patents. These can apply, but we’re seeing them apply less over time in software and the digital world.

The four defensibilities of the digital world

In the digital world, there are few defensibilities. Today, we count just four.

Economies of scale (example: Amazon). When you get bigger, a host of advantages accrue to you.  More users means more volume, means you can get cheaper prices from suppliers, means lower prices for customers, means higher conversion rates, makes your advertising more effective than your competition, etc. The numbers all move in your favor, and math is hard to compete with.

Brand (examples: Booking.com, Google). With brand, a certain company can stand top of mind when we think of something we need, like booking.com when I need a hotel room. Priceline, the owner of Booking.com, spends more than $2 billion per year in advertising to make sure that’s true. Further, people come to identify themselves with brands. People who want to associate with Apple products will not comparison shop. Those psychological barriers make it very hard for competitors to break in.

Embedding (examples: Workday, Oracle, SAP). Embedding works when you integrate your software into a customer’s operations so the customer can’t rip you out and replace you with a competitor. This is obviously more prevalent when customers are organizations, not individuals, and is typically accompanied by a direct sales force to drive the embed.

Network effects (examples: LinkedIn, Alibaba, Craigslist). A network effect is when another user makes the service more valuable for every other user. Once your company gets ahead, users won’t find as much value in your competitors’ smaller networks.

The Curse Of The Network Effect

Berlin’s Network Effect Will Make It A Global Startup Center

Each of these makes your business hard to catch once it gets going. They make it defensible.

Network effects have emerged as the native defense in the digital world. Fortunately, creating network effects are available to startups from Day One. As such, we consider network effects the most important type of defensibility, and thus, the surest route to value creation.

If you’re starting or investing a business, don’t start it until you’ve thought thoroughly about how to design it with one or more of the core network effects. Then think about how every new feature you build could add value to the other users of your product. That way of thinking about business and product design puts you on the road to true defensibility and massive impact and value creation.