The Intentional Network Effects of Uber 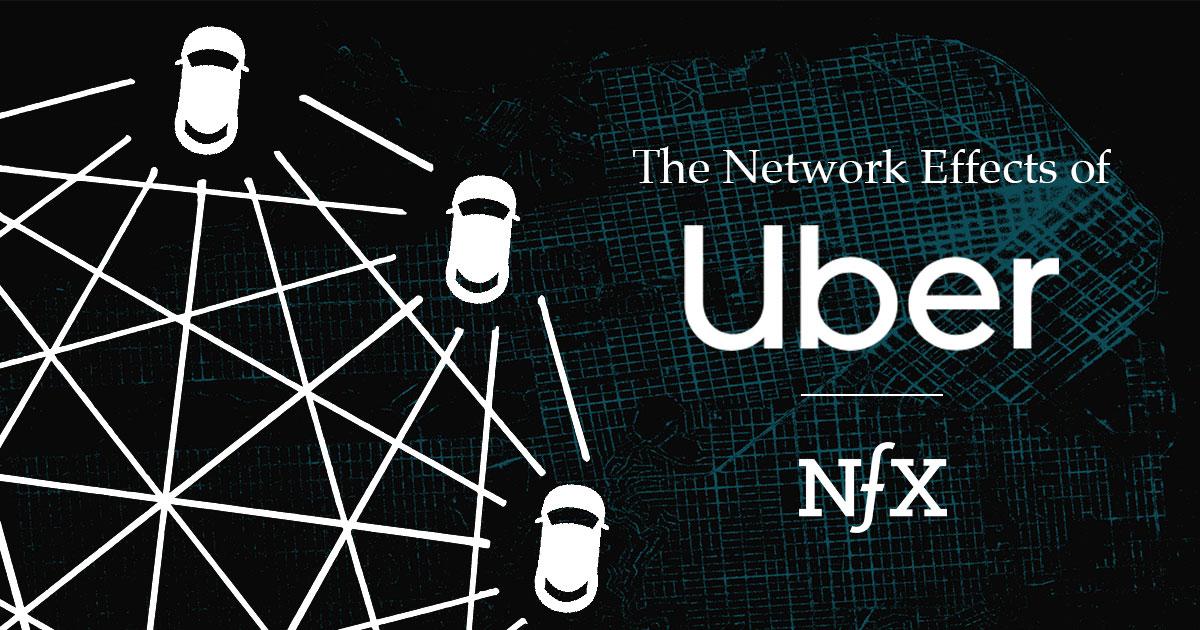 In light of Uber’s IPO, we’re releasing our Inside the Marketplace podcast about the 5 Lessons Founders can learn from their path to market dominance in addition to the in-depth teardown of Uber’s network effects strategy below.

Uber’s biggest asset is their network effects, and they know it. In their S-1 they emphasized that “the foundation of our platform is our massive network.” But there are cracks in that foundation.

Realizing this, Uber has made a series of moves to reinforce their core network with other defensibilities. Heading into their IPO, their success as a public company will depend on how effective those efforts prove to be.

In this essay, we look at Uber from a few angles:

Why Uber’s network effects are vulnerable

Knowing that network effects are central to their business, Uber included a diagram of their nfx in their S-1, describing it as a “liquidity network effect”.

With this diagram, Uber tries to show exactly how each new Uber user adds value for all the others — the fundamental definition of a network effect. They see their network effect as having 5 stages, each stage leading to the next.

This sequence explains how Uber’s cross-side network effects are supposed to work. But if you look closer and think a bit, you may notice that Uber deviates from the formula for a true 2-sided marketplace nfx in the transition from stage 1 to stage 2 — increased driver supply leading to lower wait times.

Data bears this out. The average wait time for an Uber rider in late 2018 was 5 minutes. That’s probably close to optimal. The benefits of increasing supply beyond this point has steeply diminishing returns: you’d have to more than double the “fleet” of drivers to halve the wait times from 4 minutes to 2. That’s why Uber’s nfx “asymptote” early on — each marginal supply-side user after the 4-minute inflection point has diminishing incremental value for all other users, and the supply side will settle into an early equilibrium.

Barriers to entry for ridesharing businesses are relatively low as a result — it’s not hard to get down to 4 minute wait times. New ride-hailing apps can easily gain critical mass on the supply side in a given geo and try to compete, like Juno in New York did. Unlike true marketplaces such as OpenTable or eBay, Uber can’t establish an escalating supply-side advantage with their network effect, and their core business is vulnerable to new entrants.

Compounding this are the extremely low switching costs of ridesharing for both the demand and supply side, leading to rampant multi-tenanting. It costs nothing but a couple of seconds for riders to switch from their Uber to their Lyft app on their smartphone, meaning that many riders have both apps downloaded and decide based on price. Drivers can also simultaneously drive for both Uber and Lyft (and some third app) with little to no cost to them.

“The personal mobility, meal delivery, and logistics industries are highly competitive, with well-established and low-cost alternatives that have been available for decades, low barriers to entry, low switching costs, and well-capitalized competitors in nearly every major geographic region. If we are unable to compete effectively in these industries, our business and financial prospects would be adversely impacted.” – Uber S-1

Left unaddressed, competitive exposure due to this flaw in their network effect could get Uber into a situation like we see with the airline industry, where there’s razor-thin margins and high sensitivity to price competition. That’s a stark contrast to the high margin, winner-take-most market you normally see with network effects companies.

Uber’s ~$80+ billion valuation, not to mention its stated ambition to corner the $12 trillion global transportation market, is based on the assumption that it will end up looking more like a company with true network effects, not like an airline. So it stands to reason that they’ve been doing whatever they can to avoid the commoditized fate of the airlines. Enter reinforcement.

Having realized that it’s vulnerable at a time when the stakes are high, Uber is furiously building other defensibilities. Starting with a core network effect (even a weak one) makes this easier because they can leverage their large network to roll out new defensibilities.

As Uber puts it in their S-1, “each new product adds nodes to our network and strengthens shared capabilities, enabling us to launch and invest in additional products more efficiently”. The diagram below is a map of Uber’s attempts to add these defensibility “nodes” sequentially over time. At this point, we count no less than 9 additional defensibilities Uber is pursuing to reinforce their core network effect.

5 Lessons for Founders: Inside the Marketplace Podcast

The case study above takes a broad look at Uber’s defensibility moves, but I also want to leave Founders with some lessons they could take away for their own startups. There are 5 lessons I think Founders should take away from Uber:

To hear these lessons fleshed out, listen to the NFX podcast below.