What Is Your Defensible Magic? 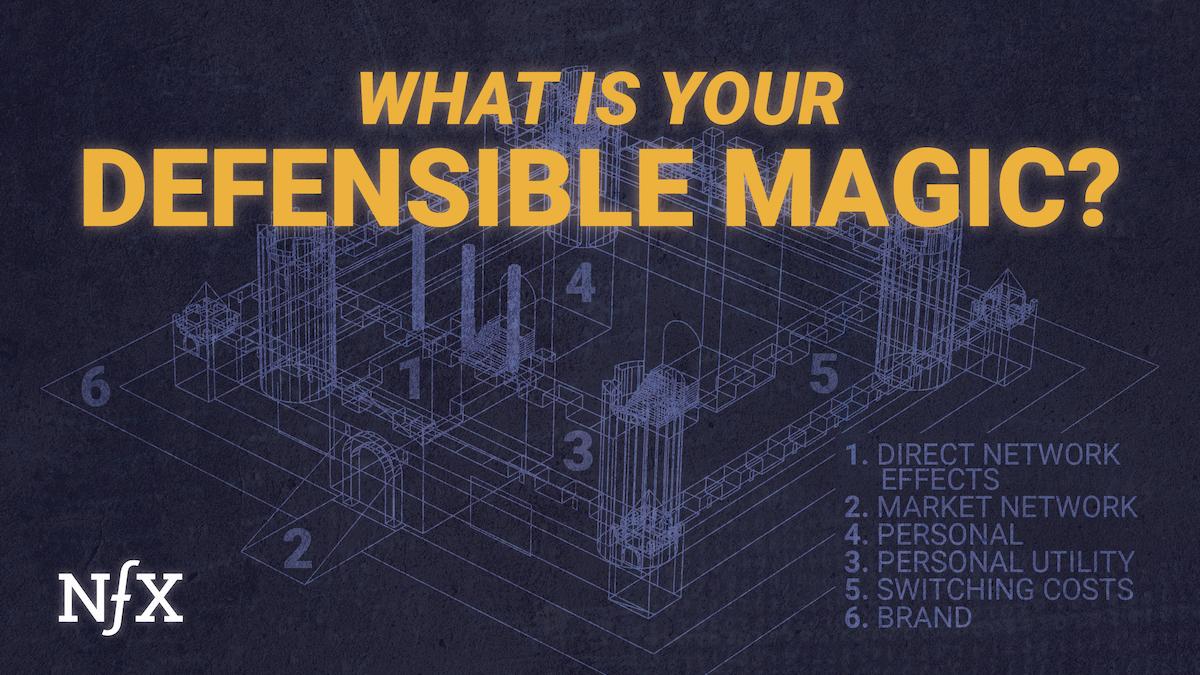 Every Founder needs an answer to this question: What is your defensible magic?

Getting to your answer likely requires a combination of responses to these 41 questions we created — all driving you toward identifying the most defensible parts of your business.

Network effects have emerged as the native defense in the digital world. Fortunately, creating network effects is available to startups from Day One. As such, we consider network effects the most important type of defensibility, and thus, the surest route to value creation.

There are other forms of defensibility too, as we’ve written before and covered with Stanford Professor, investor, and “7 Powers” author Hamilton Helmer. If you’re starting a company, don’t start it until you’ve thought thoroughly about how to design it with one or more of these defensibilities, then think about how every new feature you build could add value to the other users of your product. That way of thinking about business and product design puts you on the path to true defensibility and massive impact and value creation. 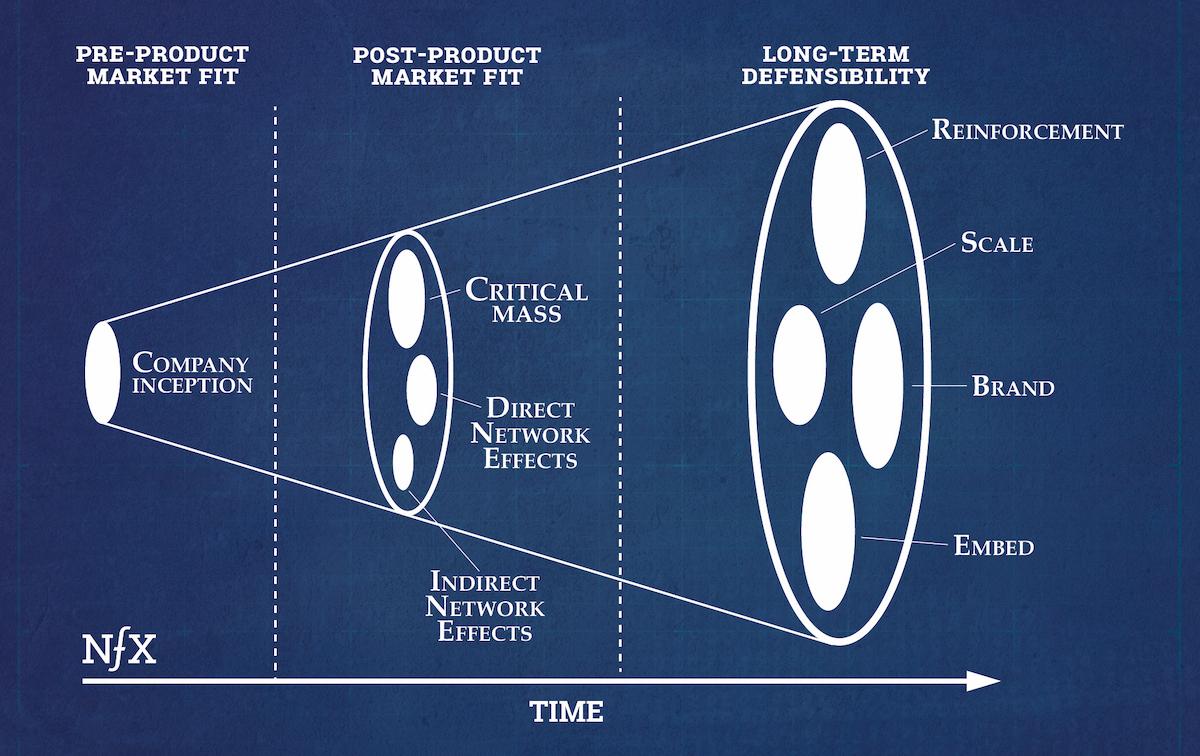 Does the value of your product or service increase, decrease, or mostly stay the same as new users join the network?

Does the network animated on top of your product produce more value than your product itself and of competing products?

Where’s the densest, most active part of your network (i.e. the “white-hot center”)? Are you focusing your product features and language on activating other users to behave more like that group?

Do your network effects start to weaken after a certain point in the growth of the network? At what size, does the growth of new users no longer benefit existing users?

Does increased usage of your product lead to a direct increase in the value of that product to your users?

Do you have physical nodes (e.g. telephones or cable boxes) connected by physical links (e.g. wires in the ground)?

Does your product or service declare a standard through which information is conveyed or data is processed? (e.g. Bitcoin, fax, ethernet)

Do you require users to create a profile that’s visible to other nodes in the network? Or do you enable users to be anonymous or pseudonymous?

Is your product or service (1) built on the personal identity of the user, which is usually tied to their real name, a unique number or handle associated with their real-world identity, and (2) is used for some critical function in a user’s life such as errands, work, relationship responsibilities, revenue collection, emergency, safety, or immediacy? (e.g. WhatsApp, Slack)

Do you have two different classes of users (i.e. supply-side and demand-side users) which come to the network for different reasons and produce complementary value for the other side?

Does value increase, decrease, or mostly stay the same for users when more users are added to their side of the network? (These can occur on one or both sides of a 2-sided or N-sided network.)

Is there a direct increase in value to users on one side of a network by the addition of users to another side?

Are there low or no costs to simultaneously participating in competing networks at the same time?

Do your users add value to each other by influencing existing and potential users to think or feel differently?

Does your product allow for the formation of clusters, such that the network value can be calculated as V=2^n (Reed’s Law) instead of V=n (Sarnoff’s Law) or V=n^2 (Metcalfe’s Law)?

Does your per-unit production cost decline as volume increases?

Do your users/customers integrate your product or service into their daily lives or operations, such that it would require significant time, money, resources, or energy to rip you out and replace you with a competitor?

Are you adopting a new, superior business model which the incumbents are not mimicking due to anticipated damage to their existing business?

Does your business have preferential access at attractive terms to a coveted asset that can’t be taken away from you?

Do you have a complicated set of activities embedded within your organization that (1) would be terribly difficult for a competitor to replicate internally in their own organization, and (2) enables lower costs and/or a superior product?

In what order are you reinforcing your sources of defensibility? (e.g. network effects, switching costs, scale, brand)

Defensibility Adds The Most Value

Value creation mostly accrues in the out-years — when usage, revenue, and growth compounds. In order to capture all of the compounding value in your business, you need to position for defensibility.

Winning Founders design for increasing returns at scale. As you get bigger, you’re also getting more valuable than the competition, compounding your lead with ever-expanding moats.

Stay up to speed
Weekly resources, news, and stories. Be the first to know and get insider tips.
209,096 startups read our weekly essays.
Connect with
The NFX Team