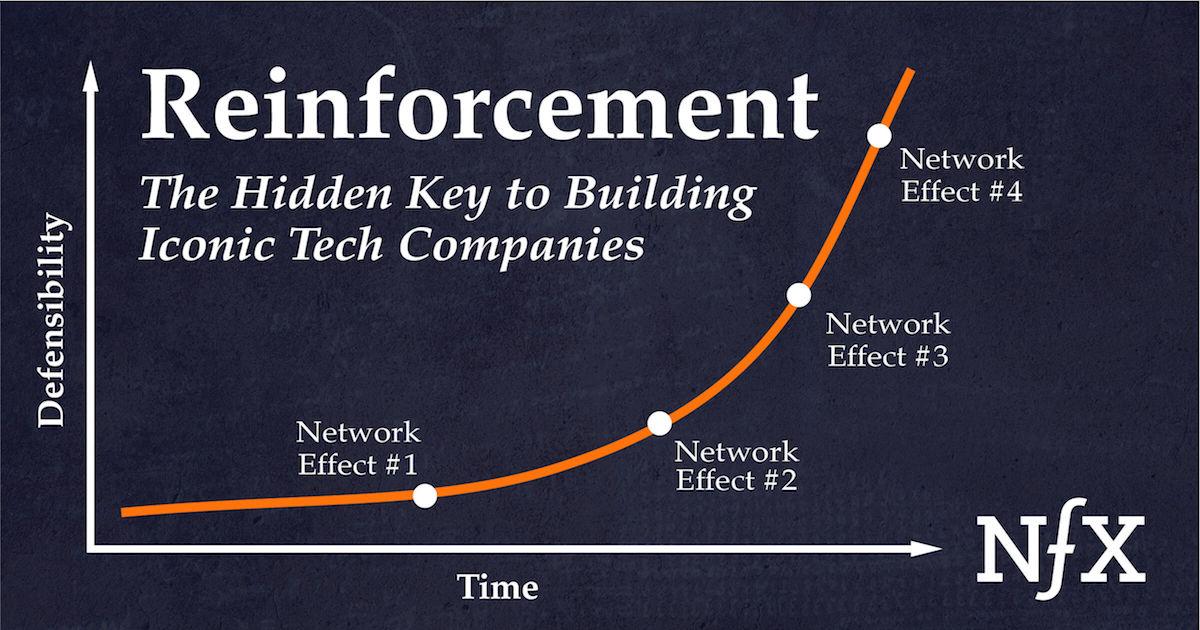 Every iconic company to come out of Silicon Valley in the last 25 years has done the same three things:

Of the three, reinforcement is the least talked about and possibly the most important for Founders to understand. The sooner a company starts to reinforce, the greater its chances of success.

Though it may seem like a product of luck from the outside, reinforcement requires deliberate effort. Our network effects case studies on Uber, Facebook, and Trulia describe how these three iconic companies continually add defensibilities throughout their life cycle.

Founders need to be smart enough to recognize opportunities to reinforce when they arise. Just as important, they need to avoid getting overconfident with their existing defensibilities and falling asleep at the wheel.

Build your castle on network effects

Note that all of these defensibilities continually reinforced and empowered the others, as in the following model:

That’s why a “castle” may be a better analogy for defensibility than competitive moats. You can only increase the difficulty of crossing a moat incrementally by digging a wider and deeper moat. But when you reinforce your moat with a castle wall, then reinforce both the moat and the wall with a tower, all the different components work together to increase the impact of each of the others. The defensibility of the castle as a whole undergoes non-linear improvement. 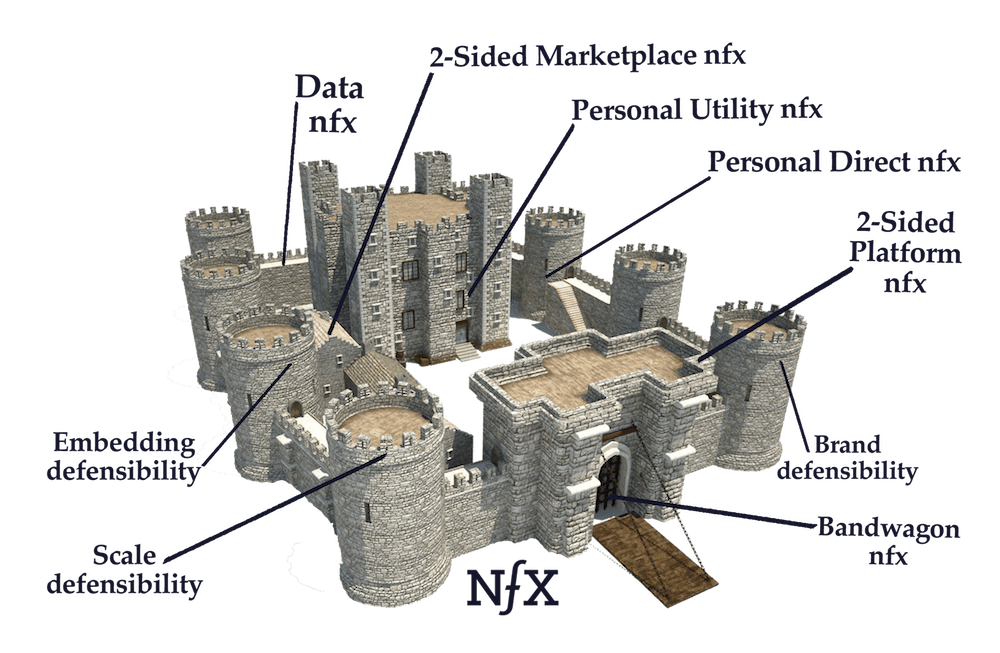 There are a couple of lessons Founders can draw from reinforcement, as employed by iconic companies like Facebook:

The most valuable companies all leverage reinforcement heavily. Even those which don’t start out with core network effects can — and should — add them later.

Amazon is a good case study in how companies can reinforce even if they don’t start out with core network effects.

Salesforce is a good B2B example of reinforcement:

Uber, as described in a previous nfx case study, was able to compensate for early vulnerability through frenetic reinforcement: 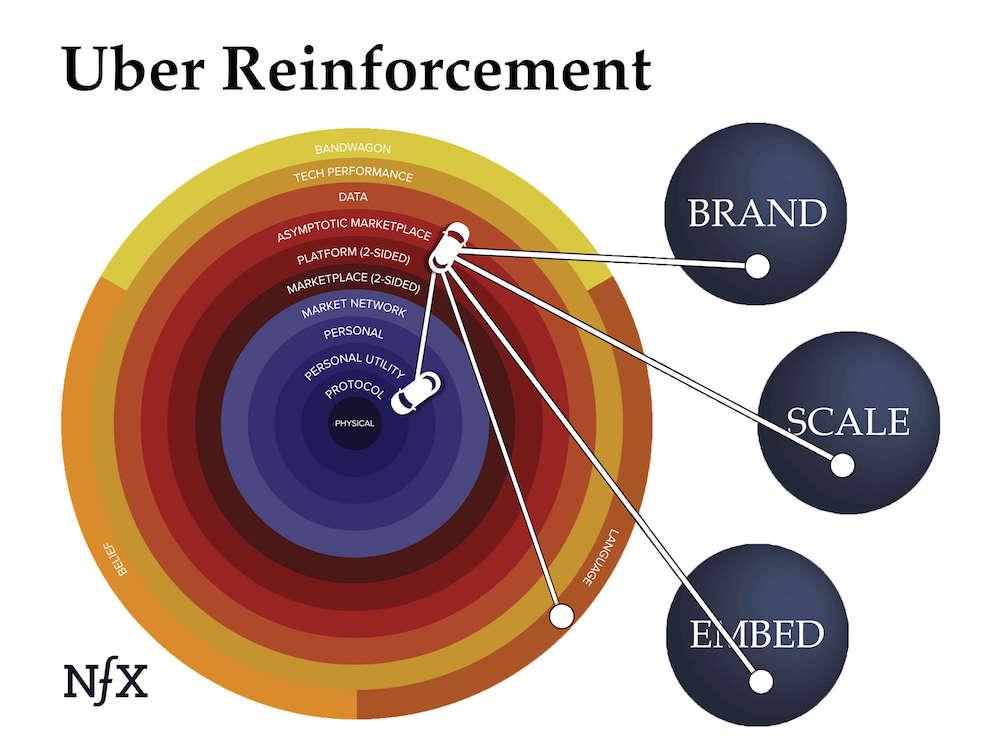 Once you see how reinforcement works, it’s clear that companies with defensibilities, like network effects, are rewarded when they add more.

Iconic companies like Facebook, Amazon, Uber, and Salesforce have great management teams and will continue to reinforce going forward. Each additional defensibility produces increasing value — just like each node on a network subject to Metcalfe’s Law has increasing returns. The incentive to reinforce only increases. As if to prove the point, Facebook announced this year they will be launching a dating marketplace and a blockchain initiative, both of which have network effect properties that will compound the company’s already diverse array of defensibilities.

When you learn to see the distinction between different defensibilities employed by the same company, you’ll be able to recognize how reinforcement works and create an intelligent defensibility strategy for your own company in order to drive exponential value creation.

Stay up to speed
Weekly resources, news, and stories. Be the first to know and get insider tips.
208,821 startups read our weekly essays.
Connect with
James Currier