“A Tragedy of Measurement” with Rob Goldman & James Currier 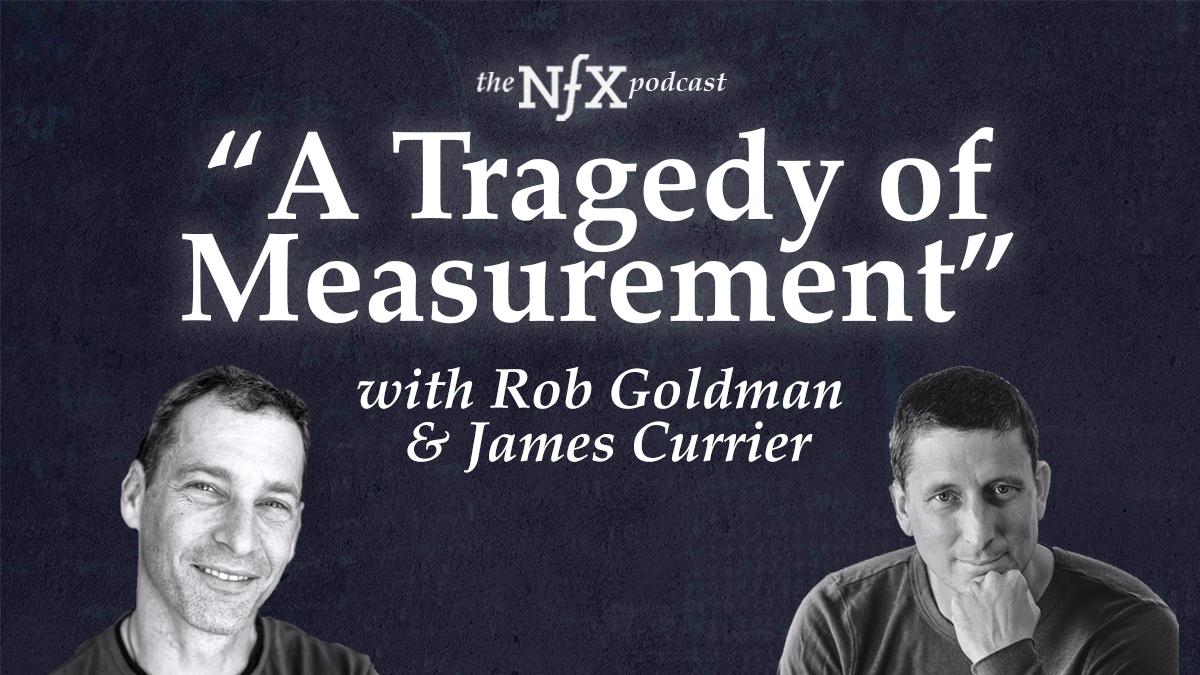 Rob Goldman joined the growth team at Facebook in 2012 – the same year that News Feed ads launched. He became Facebook’s VP of Ads and was responsible for more than 99% of their revenue until he left seven years later in 2019.

Today, Rob and NFX Partner James Currier focus on the tragedy of measurement inside these complex dynamic systems like Facebook, Twitter, or YouTube. Very few people in the world understand how to pick the measurements to be measured, measure them accurately, then display them accurately to the people in the organization so that they can run the business based on them. And then further, to communicate them to the outside world, in a way that they can understand and participate in the network that they are a part of.

Find the transcript and more here.