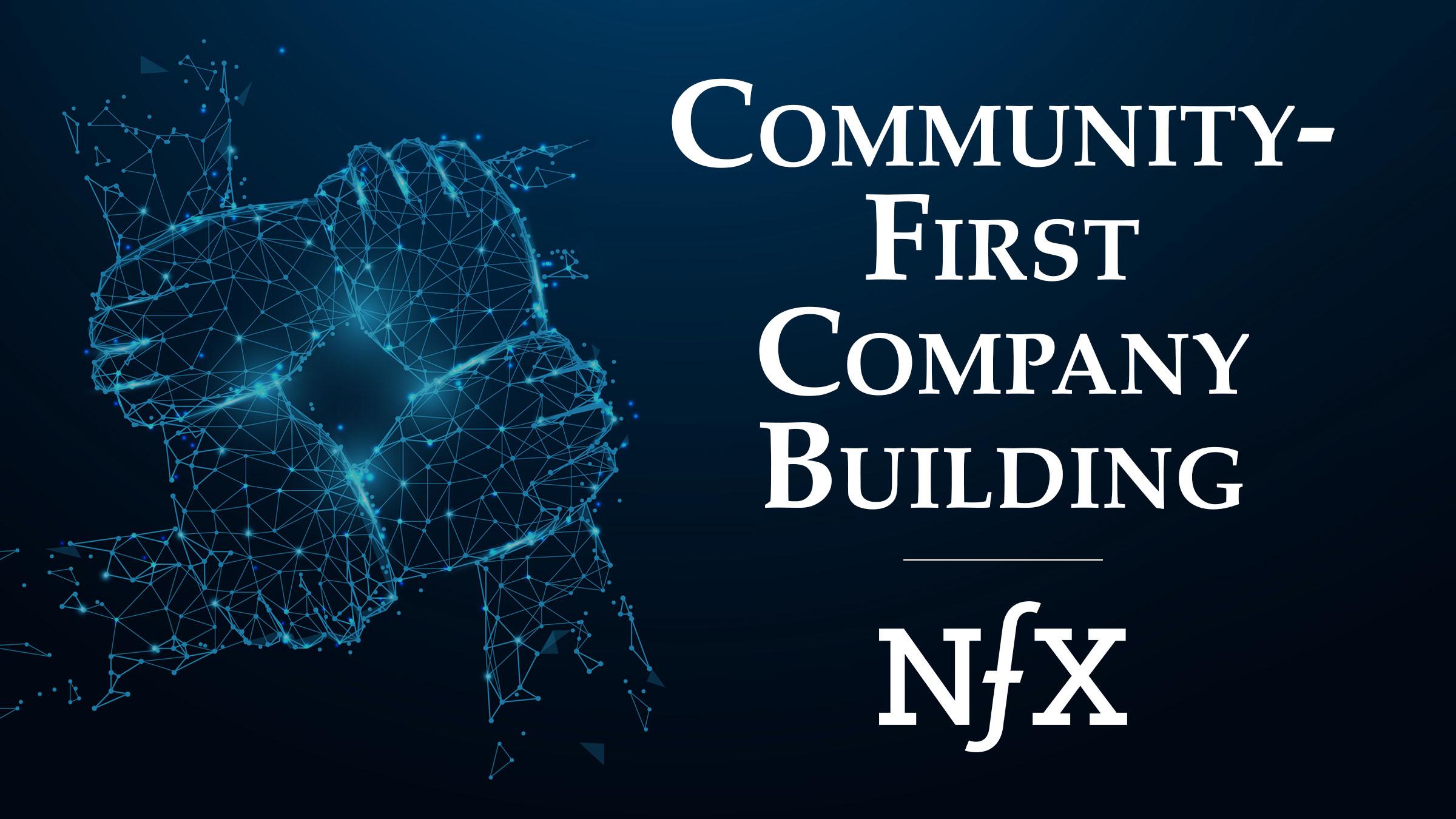 A few years ago, I started poking around with crypto at Facebook, just as Cuy Sheffield was doing the same at Visa. We were both rebels from within at these massively networked companies, trying to integrate the best properties of web 3.0.

But many of the web 3.0 advantages are hard to adopt as a large, existing, web 2.0 company. The big ideas: ownership, collaboration, and community are new foundational principles.

As these projects have shown, the next evolution of companies will be created in public with early customers, partners, and supporters. They’ll be community-owned and operated, building upon the playbooks created by these early NFT and play-to-earn projects.

Micah, Cuy, and I explored portable ideas in web 3.0 for building community, no matter what industry you’re in. I took the lead on capturing the valuable insights from our conversation. What’s below includes original thoughts, ideas, and experiences from all of us.

The traditional logic of company building is: (1) come up with an idea, (2) do market research, (3) talk to some customers, (4) build a product, then (5) take that product to the customers and try to sell it to them. That’s how a lot of companies get built across industries. Now, what we’re seeing in crypto broadly, and NFTs are really leading the way, is that creators are building a community first.

There might be a piece of art or one initial NFT but it’s not a company, it’s a symbol that represents some principles. Then a community forms around that symbol, around those principles, and through engagement with the community, further products and concepts emerge out of that community. It’s an entirely different model of development.

Now, as I talk to Founders, one of the first questions I ask is: “Have you set up a Discord group yet? Do you have anyone in your community?” I don’t think that there is a point that is too early, because you’re going to learn so much and maybe the product that you wanted to build isn’t what your customers wanted.

It’s actually a more scalable way to do customer development: bring a few dozen or even a few hundred people who are prospective customers, partners, future employees, or co-founders into a Discord group and start to ideate together. You’re going to get a lot of insights that you wouldn’t get doing one-on-one interviews with different customers. Who knows exactly where that’s going to lead.

I think the primary difference is that it won’t lead to a traditional company. It will lead to these community-built products and I think those can scale and have greater network effects than many traditional companies that have a handful of Founders.

We’re seeing a ton of experiments around best practices, what works, and what doesn’t from PFP projects, Bored Apes, CryptoPunks, and others. Everyone’s learning as we go.

One thing is clear: you need to be with the people who are invested in your project on a daily basis. They don’t want to see some moderator, they need to see the person who’s building it.

We’re starting to see new social networks and social clubs emerge from this engagement between creators and fans. Very authentic human interactions are taking place online again, which has been rare in the era of web 2.0 social media platforms.

In web 3.0, we’re seeing this notion of bi-directional relationships between creators and consumers. It’s incredibly powerful and benefits both sides.

Members of these web 3.0 communities are not only collaborating, they are also evangelizing. They are holding their NFTs as part of their digital identity. And by doing this, they’re forming tribal network effects, and helping each other drive the value of that work. 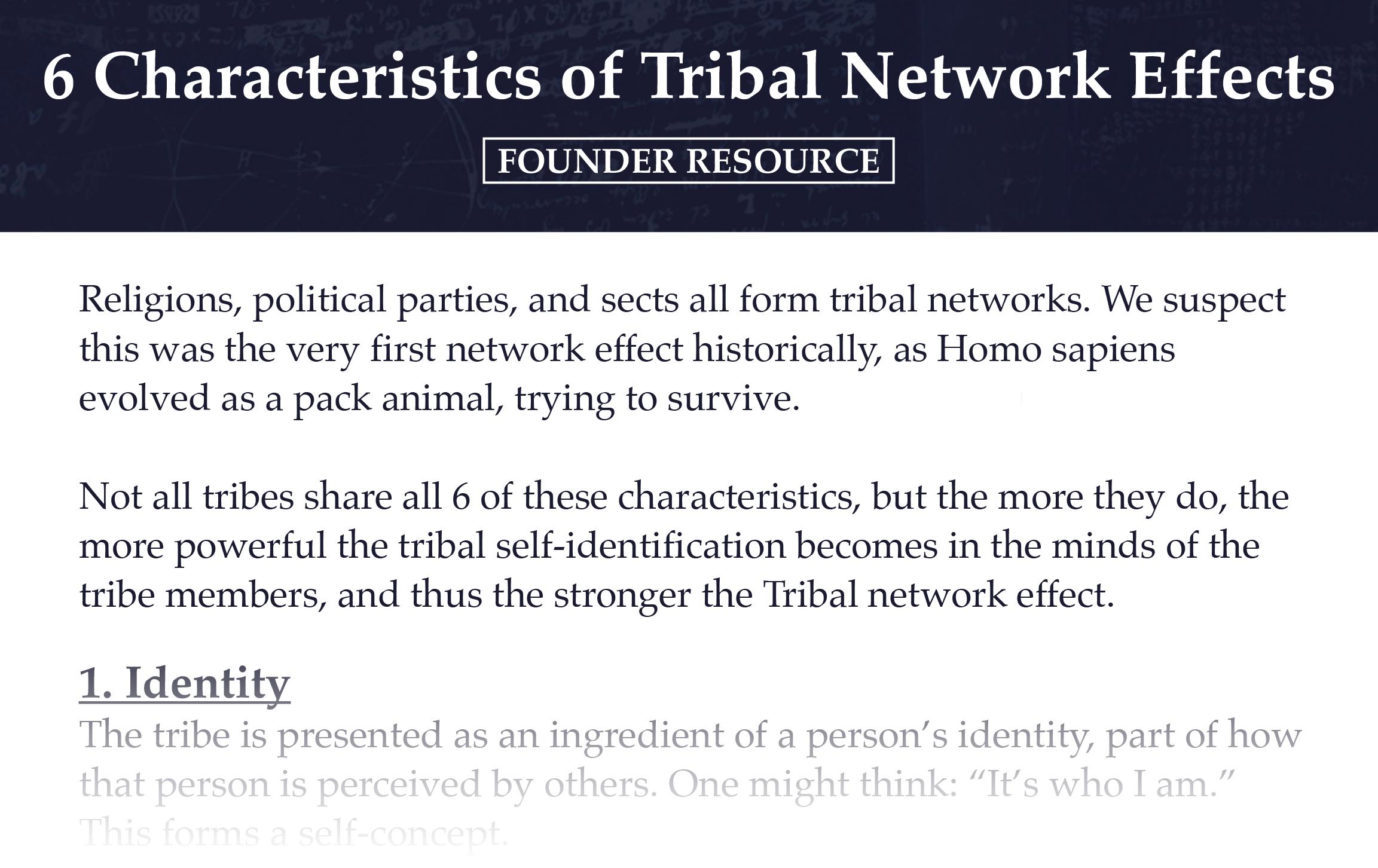 We’re also seeing this in play-to-earn gaming. Users can now have a stake in the thing that they’re participating in on a daily basis. I think that action will bring out a lot of people’s desire to make the experience better and provide their input versus just logging in and playing.

There’s also this concept of creative ownership, where people can actively contribute to the content and products they consume. Normally people are just passive consumers. They might like the content but they have no creative ownership. They weren’t able to make a decision to impact their experience.

If you have a community that feels like they have a voice and can make decisions, I think that changes the entire relationship that the consumer has with the product or content. When you give people creative ownership, it’s an empowering feeling. Also, as a creator or Founder, you’ll start seeing a lot more loyalty, excitement, and evangelism than when you have purely passive consumers.

With Aku (founded by Micah) and Stoner Cats (co-founded by me, Mila Kunis, Lisa Sterbakov, Maaria Baajwa and some other amazing people), two web 3.0 projects that we created, the whole idea behind them was community input. But it can be very difficult to decentralize IP. Creativity is difficult when you have so many people with all these different inputs.

But if you’re engaging with the community, being open, and building in public, you’ll get a lot of direction. You don’t need to go to the community with every single question about the project. They just want to see leadership. They want to know that you are an expert and that you’re living and breathing it too. Just engage with them. You can get a lot of information by interacting in Discord every day.

The number of people who are collecting NFTs and participating is still so small. Every project is still experimenting with how to build communities.

I’m really interested to see where escape velocity happens. When can the community live on its own without the Founder or the creator having to drive all of the value in the community?

In the beginning, someone has to drive the value, someone has to be committed to it every day. If you just have a bunch of people that are hanging out and there isn’t a leader, there’s no one who’s driving value, it can be tough to get started.

Years from now, it will not be sustainable if the only reason the community is valuable is because of what the Founder is doing. There has to be some point where it tips.

It’s not just about the size of the community and the number of people, it’s the size and the talent of the core contributors. And that could be six people. That could be 12 people.

If there are 6 to 12 people who are adding significant value, then it’s less about the original Founder and creator. Bored Apes and CryptoPunks are two examples of projects where they were so successful that it wasn’t dependent on the Founders of the projects every day. But over time, it’ll be interesting to see what that tradeoff is and where that escape velocity happens.

For most web 2.0 creators and content, it’s about how many eyeballs can you get? How many followers do you have? How many views do you have? They’re still stuck in a world where the only way you can monetize is through advertising. It’s just about getting more eyeballs.

The Supply Chain for Creators Is Getting Digitized

Now that the supply chain for creators is getting digitized, you can mint an NFT instead of having a factory produce a physical item. I think that enables participation in commerce and the ability to build global commerce businesses at a massive scale where the only real barrier is creativity and ideas. It’s not even engineering, since the tools are getting easier to use with no-code platforms.

If any individual can build a commerce business and sell to consumers across the world, we think that’ll be an enormous opportunity to build communities, grow economies, and help people earn livings from their creativity.

Principles are the most important thing that a Founder has when building a community. If you have good principles and good people, it will lead to good products.

Good principles can scale but if the principles are not in place, it’ll be really hard for a community to have that North Star to direct where they’re going.

Stay up to speed
Weekly resources, news, and stories. Be the first to know and get insider tips.
208,816 startups read our weekly essays.
Connect with
Morgan Beller