Trillion-Dollar Leadership: An Inside Look at Jeff Bezos & Eric Schmidt 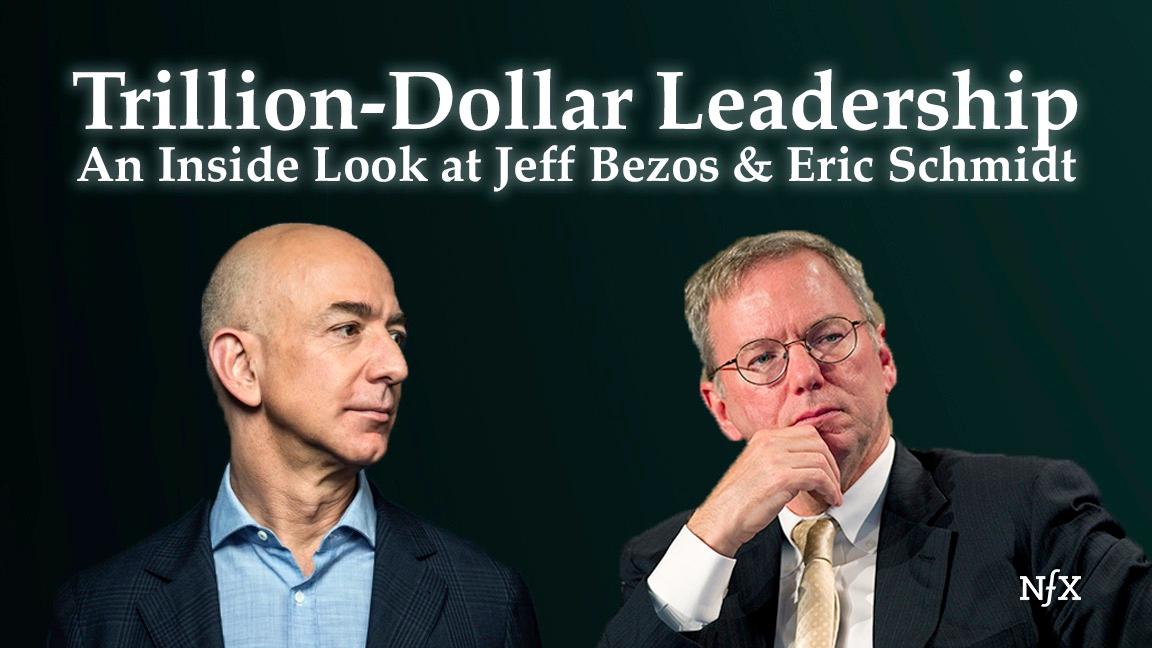 Inside Amazon and Google, leadership frameworks have very little to do with the product itself, the thing, the “what” of the company. But to understand their leadership approaches, you can’t just focus on the “why” either.

What few people see is that Trillion-Dollar Leadership focuses relentlessly on the “who.” Jeff Bezos and Eric Schmidt both aligned their companies around this question: Who are we serving and who is going to get us there?

Today, Ann Hiatt, the former Chief of Staff / Executive Business Partner to Bezos and then Schmidt for 14+ years, shares her insider stories, analyses and patterns of Bezos’ and Schmidt’s leadership principles and mental models. She gives us intimate insight to:

Below are excerpts from my podcast conversation with Ann Hiatt, in her words.

The very first assignment that Jeff ever gave me back in 2002 was to help him take a trip down to Texas. All he said was he wanted to go down there and look at a particular list of properties. He dropped this paper on my desk with a long series of numbers on it. I figured out that they were GPS coordinates. I thought, well, that’s a weird way of giving me these locations, but it was because it was lots of land, giant ranches in the middle of nowhere.

I quickly determined that it was actually impossible for him to visit all the properties that he wanted within the timeframe he had given me. So I went to my manager, John, and said that it was impossible and that we either needed to narrow down the list or add a day. John didn’t even look up. He just said, “Well, no is not an answer. Figure it out.” So, I went back to my desk and thought, “Okay, we can’t move the jet that we’ve chartered. There are no runways, and it’s too far to drive. How do I get between that?” So I thought, okay… helicopter. I was 20 years old at the time. I’d never hired a helicopter. So I figured it out. I did it through the charter company, did all the security vettings and off Jeff went on that first trip.

He came back so excited like a kid on Christmas. Nobody knew what he was actually doing in Texas yet. He was very, very excited about the properties he’d seen and he wanted to go back to decide which one to buy.

So I booked another helicopter and off he went on another trip. Early one morning, I was in the office, hours before anyone else and I got a call on my desk phone, and it was the charter company. They said, “Ann, I don’t want to alarm you,” which of course instantly alarmed me, but they said, “We’ve heard an emergency beacon go off and there’s been a helicopter crash.” My hands started shaking so much that I couldn’t even hold a pen to write what they were telling me.

I thought to myself: I just killed Jeff Bezos. And not only Jeff Bezos, but I’ve killed the entire company of Amazon. Because this was early 2003 and at that point, as you know, Amazon was not yet profitable. They had a single profitable quarter, not yet a profitable year — all of the value of the stock was based on faith in Jeff and his crazy vision.

So I assembled my very first emergency board meeting and then started calling local hospitals, not using Jeff’s name because I didn’t want to create a press story. I finally found him. He had crashed in the helicopter that I had hired for him. Obviously, we know now that he was fine and the Amazon story didn’t end there. I have a feeling he probably enjoys telling this story: He got out of a helicopter and saved all three people inside.

We found out later that Jeff was in Texas buying property for the rocket testing facility that he’s now using for Blue Origin. He was already making plans for it, even before he had a profitable quarter at Amazon.

Just a few days ago, of course, he finally blasted himself off into space. His vision was already there back in 2003, to build Blue Origin, and now he’s doing it. Creating a future where millions of people are living and working in space to benefit Earth. That’s a crazy long-term vision. 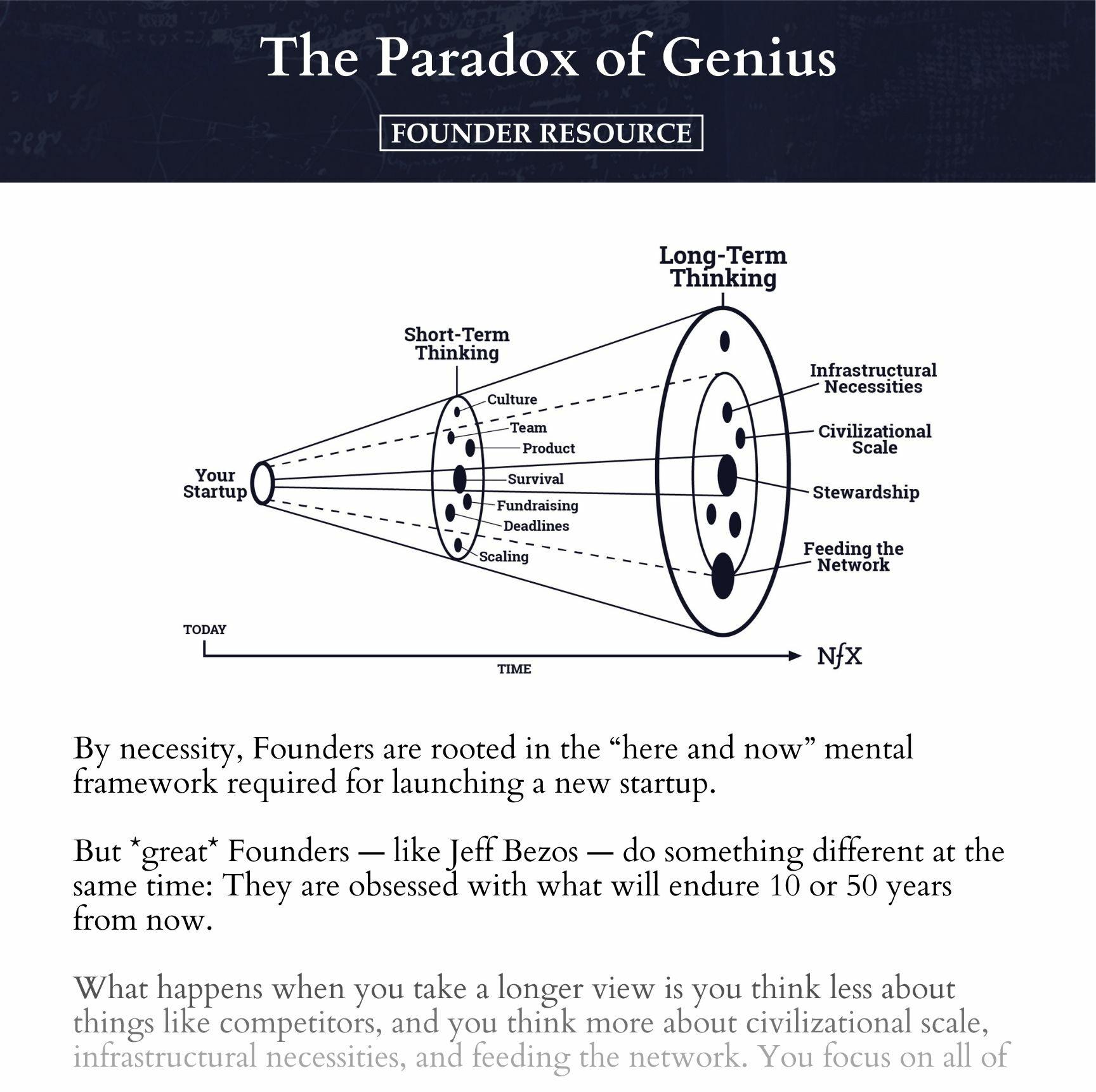 Keeping teams aligned around a mission or vision — that’s hard to do. Especially when you are building something that will take years.

1. The main thing is this: You need to know exactly what you’re there to do.

That is the secret sauce. When every person knows exactly how their individual deliverables contribute to the whole, that’s when you get incredible grit and efficiency.

It goes back to having your mission statements very, very clearly outlined, and then a similarly clear set of leadership principles that are constantly repeated and implemented, as they are at Amazon, in the S-Team meetings, and throughout the company.

2. The second thing is to hire for value alignment.

When you hire the right people who have the same motivations, you don’t have to push them or waste energy herding the cats. The mission itself drives them forward. This is very important in those critical early and scaling stages where everyone is running in the same direction.

When a company has a problem, it’s often because they waited too late to address a problem that they already identified. They hired people just because they needed to fill seats, but they don’t have the right people in the right places, they didn’t hire for that value alignment.

How do you hire for value alignment? One thing a lot of companies don’t do in the early stages is converting your value statements into your hiring questions. Your scorecard should actually be focused really on the value alignment, rather than core competencies. Once you’ve fulfilled the basic checklists of core competencies for skills and tasks, then most of the evaluation needs to be about the output you want to see.

In the early days of Amazon, they were still just hiring smart people and then finding the right places for them. Everything was very quick moving and it was more about motivations than skills.

When I first joined, I didn’t understand the tech space. But to be fair, nobody really did. Because we were inventing it. We were inventing the future every day, doing things that no one had ever done before. Jeff Wilke (Amazon’s former CEO of Worldwide Consumer) and I actually started within just a few months of each other. The task that we were given every day was to invent the future. 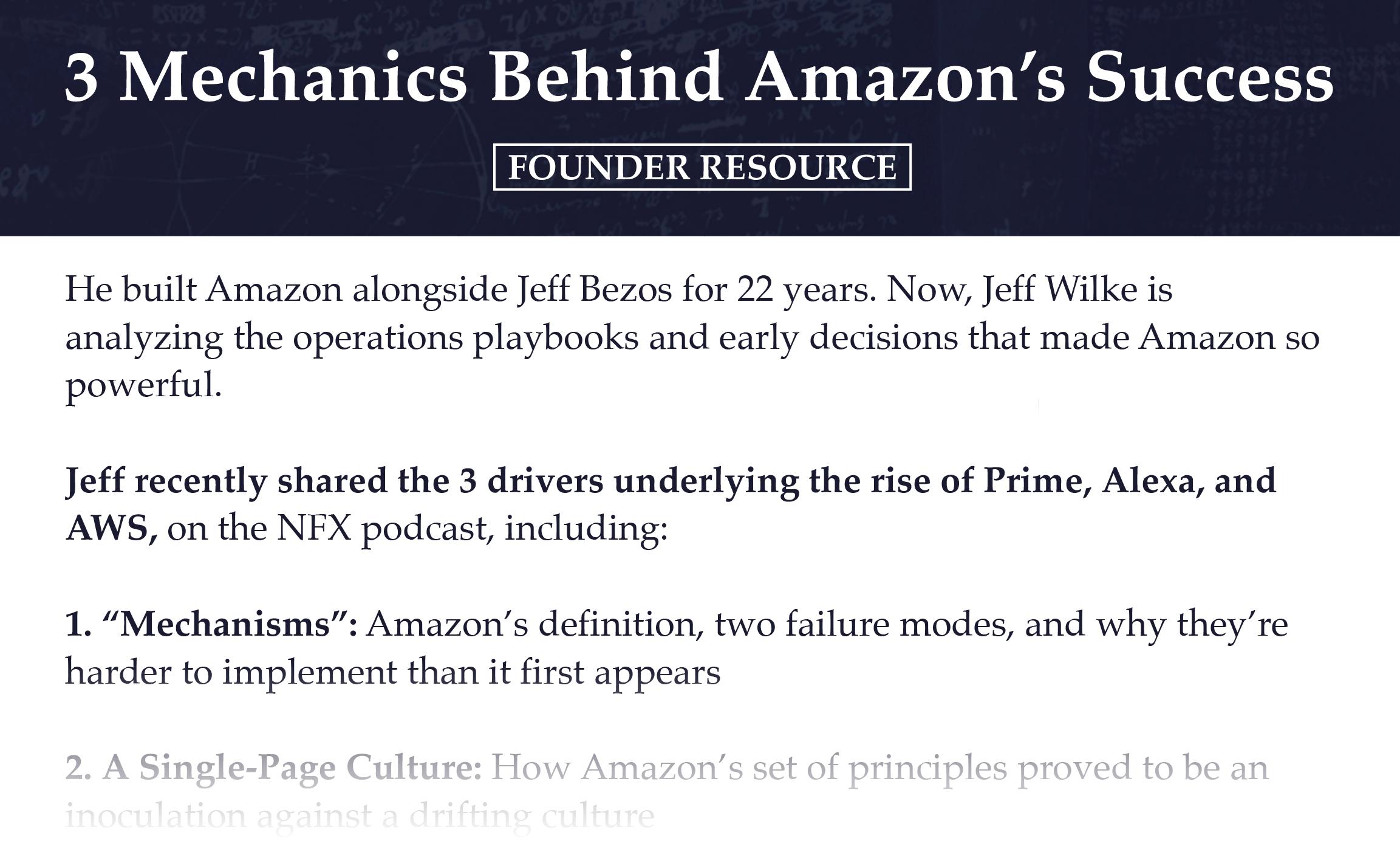 When I met Jeff Bezos for my interview with him, he only asked me two questions. One was a brain teaser and the second was about my motivations for why I wanted to work at Amazon. The way I answered the brain teaser showed him enough that I could break down a very complex problem into manageable steps, and I wouldn’t lose momentum along the way to getting a result.

I felt the same when I joined Google later, not anticipating that I would stay for 12 years. My first role was on the product team reporting to Marissa Mayer, while she was the VP over search products, which meant she was in charge of making really cool things that brought in as many eyes as possible. I worked for her for the first three years I was at the company. This is before she went on to become CEO of Yahoo! and before I was recruited to be chief of staff for Eric Schmidt.

During my time at Google, I probably interviewed thousands of candidates who were applying to work there. One of the most important scores you can get in an interview at Google is how you rank in “Googliness.” It’s really about: Do you have that quirk factor? What makes you different? Are you insatiably curious about something that maybe nobody else cares or would even attempt?

Value alignment in hiring really comes down to those motivations. In startups, we’re really sprinting a marathon. You need people on your team to be self-motivated to do that, because you can’t push anyone. They will burn out or they’ll become irrelevant. So, you really need the motivation.

I always go back to the hiring questions, if a startup is seeing this misalignment of motivations or expectations or pace.

Many people just don’t believe that. They think “We gotta get this thing done. We need somebody to do this thing.” They’re so focused on getting things done, they don’t think about who is doing it and why. Many Founders, when they’re sketching out their business plan or their strategy, focus on the what and the how. But for me, it’s 100% about the who.

Here’s a really aligning question. It’s deceptively simple. We want all Founders to ask themselves: Who are we serving and who is going to get us there?

I’ve seen a lot of really, really good ideas fail, go down in flames because they didn’t hire the right people who are aligned and clear about what exactly they’re all there to do together. I’ve also seen some mediocre ideas take the world by storm because they had the right level of talent who were all running in the same direction.

Amazon and Google have both become trillion-dollar companies focusing on the who, not on the what. I don’t think most Founders think that way and I think that’s a big a-ha moment.

I want to get the lessons I learned from my CEO mentors Jeff Bezos and Eric Schmidt in front of as many entrepreneurs as possible. I think when other people look at these guys, or at Google and Amazon, some of us kind of self opt-out because we think it would only work for them, or it would only work there. But I saw them before they were who they are now. I saw them in those messy middle stages. I saw them figuring out their leadership voices, and I can now translate those best practices for really any career stage or any person of ambition. Not just for leaders of Trillion-dollar companies.

Here are the things I observed Jeff and Eric have in common as leaders of these massively successful, transformative companies.

Stay up to speed
Weekly resources, news, and stories. Be the first to know and get insider tips.
Connect with
James Currier