Don’t Believe Your Own B.S. 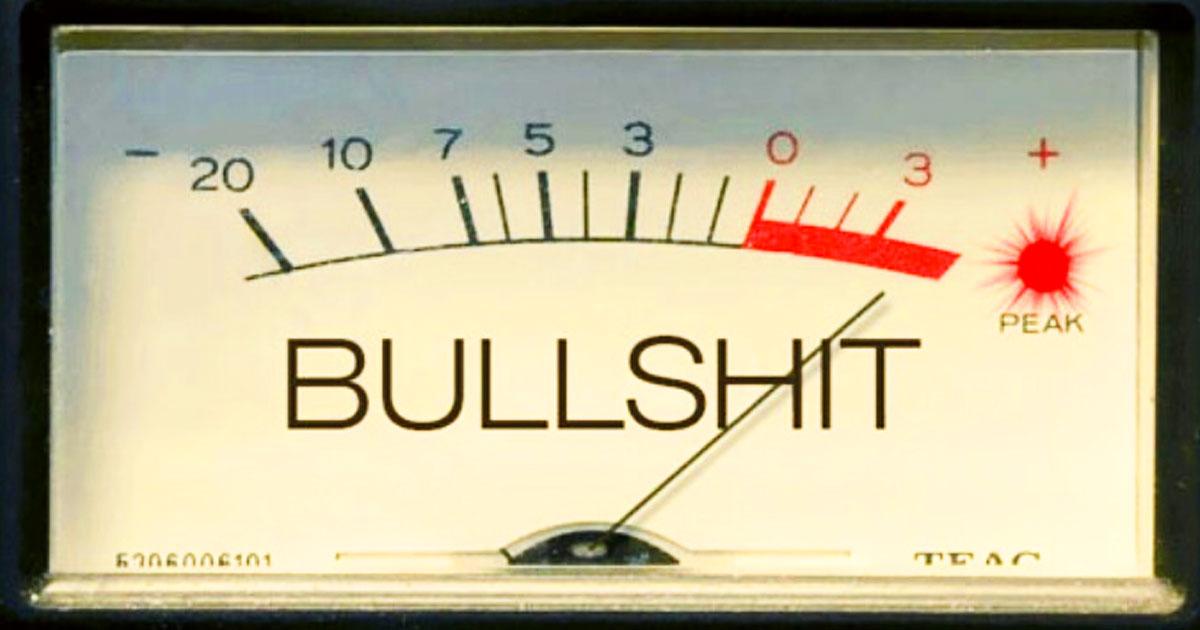 In Silicon Valley, we worship the idea of superpowers — and for good reason. When you meet an outstanding Founder it’s like coming face-to-face with a true force of nature. They see what others do not. Their reality is not, nor ever has been, realistic in the ordinary world.

These “reality distortion fields” are necessary for the extreme sport of startups. I certainly found this to be true when I was building and scaling Trulia. How else can you sell a product to customers that doesn’t even exist yet? A future revenue plan for investors that is more pipe-dream than pipeline?  An unbeatable opportunity to prospective employees when your odds of winning are 1 in a million?

But here’s the danger: superpowers cut both ways. They may spur meteoric growth, but without enough self-awareness, they can just as easily lead to a startup’s undoing. From Uber to Zenefits, we’ve seen this play out time and again. You might have the ability to see the future, but if you don’t learn to see beyond your own bullshit, you can destroy or impair the very company you’ve worked so hard to build.

“Bullshit is the greater enemy of the truth than lies are.”

All your life, you’ve been an overachiever. You breezed through school. You’ve started multiple side hustles, and have a list of accomplishments three times longer than that of most people your age. Most telling — you did it all on your own. Many of you have been deeply shaped by the U.S. education system, which is by definition “individualistic”. You pretty much studied, learned, and were tested on an individual basis, to evaluate potential. Your success or failure depended on individual achievement.

In a startup, despite how the media likes to hype the “lone founder” archetype, long-term success is really only driven by teams. You may think you know how to play on a team, but chances are you aren’t as good as you think. Not only have you been programmed to be individualistic, but you also are extremely, abnormally good at it. Nothing breeds repetition like success.

Without realizing it, you can become what I call a Founder-Dictator. Founder-Dictators tend to believe they are egalitarian, but in fact if one looks under the hood your company appears more like central planning. You retain control in areas you shouldn’t. You set the roadmaps. You unintentionally disempower the team along the way.

Adding fuel to the fire, because you are a stellar individual contributor you tend to experience early success operating in this way. And though it appears to you like things couldn’t be better, a rude awakening is potentially just around the corner.

You might not know the name Trulia today had I not woken up from my own B.S. coma. In 2007 as the Founder/CEO, I raised a $10 million financing round from Sequoia and Accel off the back of an insane year of 10x growth. Since day one, I’d been heavily involved in every key function from product development to marketing, and the data justified it: our usage was growing exponentially, customers and partners were beating a path to our door, and we were recruiting an amazing team. The buzz and energy was electric. TV crews visited our offices and we were readily organizing our company’s first ski trip.

So we did what many voracious, high-growth startups do: we expanded into multiple product lines. I oversaw the roadmap for each of these, I oversaw the massive re-design, and I directed the go-to-market plan (see an “I” pattern here?).

The day the new products launched, I poured champagne for the whole crew while we gathered around laptops expecting an uptick in metrics. But nothing happened. All day, all night, all week I watched as our growth trajectory came to a sudden, heartbreaking halt. It wasn’t a problem with the metrics, nor with my team. It was a problem with me.

Though painful, I listened as my team and board shared their perspectives: I was way too involved directing every show and leading none. I had become the dreaded Founder-Dictator.

Looking back, I think the success I experienced through much of my early life led to overconfidence. And while that helped me land great investors, it was also a gateway drug to hubris that nearly tanked Trulia. Luckily, I quickly learned that my job as CEO was not to build a product, but to build a company that scales.

In no order, here are some key lessons I learned at Trulia:

THE DANGER OF WINNING TOO MUCH

Because you are so excellent at everything, you win a lot. In fact, you don’t really know what it’s like to lose. This leads to extreme boldness and confidence — qualities that help you land deals, talent, and funding. But after a solid run of good startup decisions, it happens: the silent killer. You begin to feel invincible. What you don’t realize is that the feeling of invincibility is a slippery slope to losing big.

“If anything…I think losing makes me even more motivated.”

When you start feeling invincible, you lose a healthy sense of paranoia and stop being as competitive. Andy Grove famously said “only the paranoid survive”. This motto ended up making the difference for Trulia resulting in a $3.5 billion exit, but not without learning some hard lessons along the way.

As mentioned above, Trulia had been on an upswing for several years and I started to think there was no one we couldn’t beat — including our biggest rival, Zillow. So, for years, I confidently told employees and investors that we were going to overtake Zillow.

Trulia and Zillow both IPO’d and both embarked on an upward trajectory. But Zillow had raised 3x the funding we did which enabled them to achieve greater momentum and scale. Seeing an opportunity larger than the both of us, they approached me several times about a potential merger. Of course, I said “no”. Still, quarter after quarter, it became frustratingly hard for us to close the competitive gap.

One day, the phone rang — it was Zillow, again. This was the 2nd turning point when Trulia might have had an entirely different fate, because almost every cell in my body wanted to say “no”. This is the thing that many don’t understand about Founders who aim to build world-changing companies: for us, an exit isn’t success, it’s admitting defeat. For some, the acquisitions of YouTube by Google or Instagram by Facebook are the feat. For others (like me) those acquisitions feel more like surrender.

I decided to give the offer 24 hours. I went home that night and asked myself — was I believing my own bullshit? Could Trulia really power forward and overtake Zillow? By turning down the offer would I be unreasonably gambling away the chance for my team to see a fair return on their equity? And given our vision was to radically transform an industry, could Trulia and Zillow do more together or apart?

Had I still been in the “I” mindset, the answer to Zillow would have been “no”. I genuinely believed we could prevail. But this was a team and I had to make the best decision for all shareholders.

As a Founder, outsized confidence is required for many of the battles you’ll face. But unless you build-in ways to ensure you maintain a healthy sense of paranoia, you might not get as lucky as I did. Your vision for the future might turn out to be the competitor that just lapped you.

There are two reasons why Founders don’t address their feeling of invincibility: they either don’t know they have it OR they don’t know what to do about it. Here are some ways to check if you have it:

The press has taken note of your track record of success and they’re apotheosizing you. In some ways, having an outsized view of yourself has served you—there is, after all, a certain threshold of ego required to launch a startup. But when the media creates a personal brand for the Founder and then tells the startup’s story through that lens, the consequences can be disastrous.

The road to PR hell is paved with good intentions. It starts innocently and appears like a boon for your startup’s brand and distribution goals. And hey, the personal attention is kind of nice.

But beware – this is a slippery slope.

Not only does the media love a good “Founder/Genius” story, but once that becomes the narrative of your company it’s near-impossible to change. Other press outlets will regurgitate that same narrative, no matter how many times you attempt to steer it back on course.

Worse still, you may not see a need to steer it back. The press attention will validate the same outsized view of yourself that brought you to launch your company. But as an early-stage Founder fighting the odds, you have more important things to do with your time than press. Before you know it, several interviews later, you’re caught up in your own bullshit. And that’s when your team starts resenting you — whether they tell you or not. “Why is she getting all this personal press while I’m slaving away on the actual company?”, they’ll think.

Regardless, whenever I see an early-stage Founder engaging a lot with the press it’s concerning.

Yet the number of Founders in the limelight only seems to be increasing.

Here’s what I learned about the right kind of PR:

Reality distortion fields are necessary for seeing what others do not, for building the future before it happens. But the qualities that spur startup creation can be the same that stunt its odds of making a dent in the world. Every Founder who was able to achieve this goal will admit to the humbling lessons they had to learn to take their company from an idea to an icon, including me.

And they’ll also tell you that this path starts with two simple commitments: cultivating strong self-awareness, and rising above the ego. Both of these skills are mandatory in order to act in the best interest of the startup you’re working so hard to build.