James Currier is one of Silicon Valley’s foremost experts in growth and network effects. A four-time serial entrepreneur, having founded companies like Tickle (150 million users), Wonderhill Gaming (45 million users), he helped more than 10 companies get to more than 10 million users, including Goodreads and Poshmark. He was a pioneer of user-generated models, viral marketing, A/B testing, crowdsourcing, and other influential growth techniques. 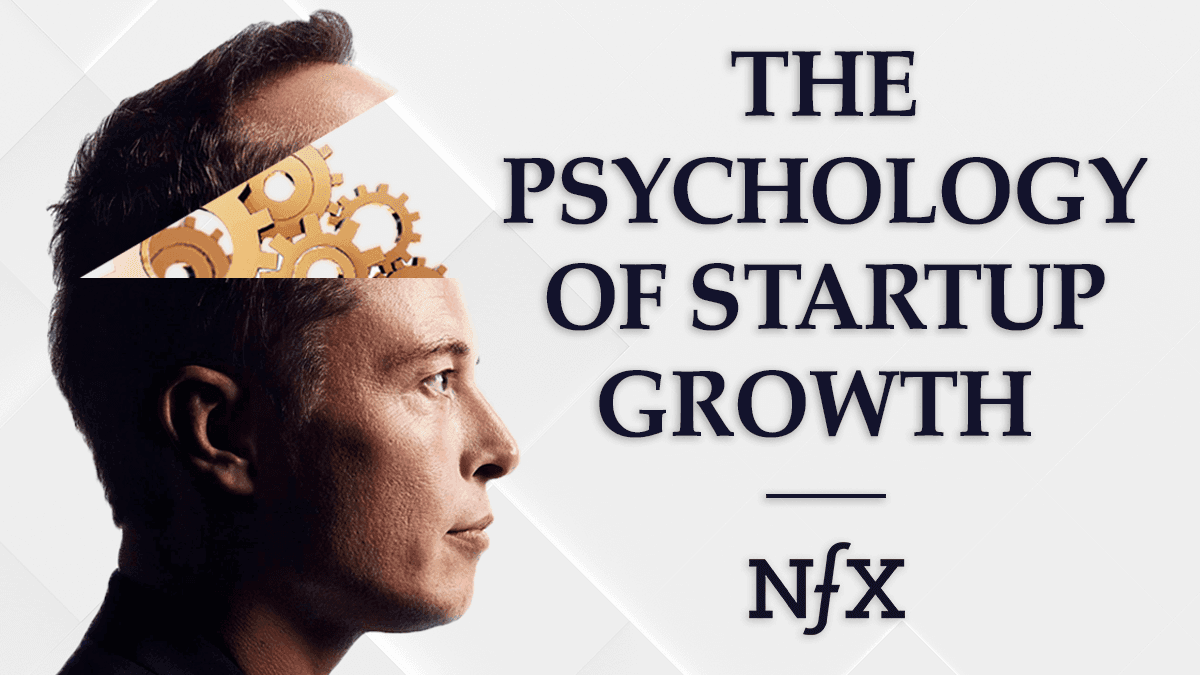 ‍See below for the audio version of this essay read by James Currier.

‍When companies come to me for growth advice, they typically ask:

“What’s the one thing I can do tomorrow to get 10 million users? Which channels should I use? Which tactics?”.

It doesn’t work that way. Growth is not a one-time gimmick. To get 1000% growth, there is no silver bullet.

Growth comes from adopting the right psychology. The right mindset. From an approach you bring to your daily work consistently for years. Tactics change and become outdated, but growth is an endless creative endeavor. You have to develop your psychology for that.

There are the five mindsets we spend the most time trying to communicate to teams. They seem deceptively simple on the surface. However, once you try to implement them, like many things of real value, they become more complex. We’ve unpacked them in detail below to help you put them into practice.

One more thing. We’ve often heard the general sentiment that all the good growth ideas have been tried, but we think otherwise. We firmly believe there are 10x more growth opportunities out there waiting to be discovered than have already been tried which could be used to build industry-defining companies.

You just need the right Founder psychology to get there.

One of the more common mistakes we see is that companies build features first and then “put language on it.”

This is backward. Language should come first.

The exact language you choose to describe your product and company tells you what you’re doing, and it tells your user what to expect. Your language defines you. It tells users how you are relevant to their life.

“Ridesharing marketplace?” Not relevant to me. “Get a ride in 4 minutes or less?” Ok, now you have my attention. If your button says “share your photos”, the feature is going to be different from “store your photos” and you have to build two different things.

Your language can be a growth multiplier or inhibitor— starting with your company name.

Few realize it, but language comes first in growth.

The typical “good” Founder spends their whole day thinking about their product. They want their product to be noticed and loved by the user, to be useful and delightful for the user.

The great Founder spends more time thinking about how the user thinks and feels. About their psychology.

Here’s the reality. Your user has a big, complex life and you are fighting to be a tiny sliver of it. They have their job, their family, their apartment, their friends, their car, their sick mom, their dog, their insurance, their debt, the next holiday that’s coming up, their kids, the kids’ schools, their smartphone with 100 apps, etc.

So the question you have to ask every day is “What is your product to them so that it deserves a place in their complex lives?”

Your answer should reflect the observation that behind every interesting tech company, there’s a powerful insight about human psychology. An insight that makes that sliver stand out to their users.

Understand your user psychology — know what you are to them — and your way to 1000% growth will become much clearer.

Go back 85 million years ago. Who was the dominant life form on the planet?

Dinosaurs. They were huge. They were on top of the food chain. They were the giants that ruled the earth.

‍
But they weren’t alone. Scurrying in the underbrush you had a tiny, shrew-like creature — the ancestor of modern mammals. A quivering, overlooked nobody who lived in terror of colossal predators. The shrew had no advantages against the dinosaurs except one…

…it moved constantly. Every minute of the day, even in its sleep, it kept moving.

Then an asteroid came, and everything changed. The climate was radically disrupted. Survival competition took on new dimensions. Ultimately, the shrew won out. Why? Because its small size and speed prove to be advantageous in times of rapid change, while the dinosaurs, victims of their own dominance, lumbered to extinction. Their huge size became their greatest weakness.

The shrew should be the totem of great Founders. Startups today should be familiar with its story and adopt its mindset. As Andy Grove said, “Only the paranoid survive.” You, too, inhabit a world dominated by giants. You, too, have no advantages, except one: speed.

Move constantly. Make more moves than anyone else. To grow, you have to run quicker experiments. Iterate faster. Never stop. This requires the shrew psychology.

If you want to grow, you have to be committed to measuring everything. You must test, measure, and iterate. That’s the engine that powers growth.

You have to love your data. That has to be your psychology. Your daily stats email should be a core part of your culture and outstanding enough that everyone at your company can be proud of it.

When I go and look at startups, I want to see everybody looking at triangle retention charts. I want to see the stats dashboard displayed on a big screen on the wall of your office in full view of everyone.  Seeing that means that Founder took the time and effort out of his weekend to go out and get a TV and hall it up and deal with the wiring and the mounting and all the other headaches of getting it set up. It’s a sign that the Founder really loves their data.

Iterating relentlessly is the next part of the growth engine, and it’s much easier said than done.  It means that in your psychology, you have to learn to sustain the pain of failure.

You’re going to fail daily. Most of the things you put time and effort into will come back negative. Most new tactics aren’t going to work.

You’ve got to be able to mentally move on from the losses. And so do each of the members of your team. It’s the system, it’s the growth psychology that can’t fail.

There’s a great quote: “Success is going from failure to failure with no loss of enthusiasm.” That’s the psychology you need to embrace in order to grow 1000%. Such improvements don’t come easy. You need the grit and grind that lets you keep going past when others give up.

Putting it to work

The Founders — and the CEO in particular — need to have the psychology described above. But how can you implement the principles of growth psychology with a team of 6 or more people?

These five steps will go a long way:

Growth is ultimately a company-wide effort, but the quality of that effort comes from the psychology of the CEO. Through a thousand small actions every day, Founders imprint their psychology on their startup.

Because of this, a well-cultivated growth psychology has ripple effects for the future success of your company. It’s the difference between a startup plagued by slow growth and a startup empowered by data visibility, constant movement and big plays for 1000% growth. If you’re in the second camp, come talk to us.