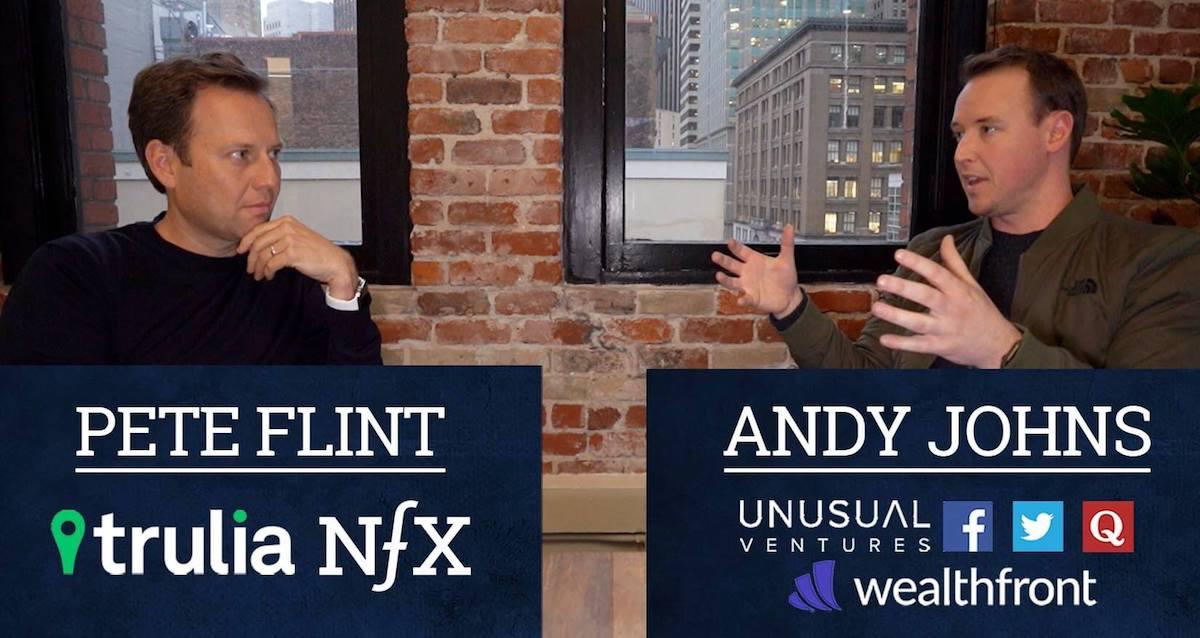 Pete Flint is the Founder of Trulia (which merged with Zillow in a $3.5 Billion deal), a General Partner at VC fund NFX, and a distribution-focused investor who helps Founders build to achieve scale.
‍
Andy Johns is a partner at Unusual Ventures and worked as a leading part of the growth teams on Facebook, Twitter, and Quora before joining Wealthfront, where he served as President.

Out of the 10 companies we’ve built as Founders ourselves, and the 100s of others we’ve invested in, there have been two commonalities: the potential to get product-market fit and highly skilled growth execution. Knowing how to get to scale and knowing when to innovate are the soul of what we do.

I recently sat down with Andy Johns, renowned for his growth talent, for a discussion around growth, optimization, and innovation. We covered topics like:

You can listen to the full conversation below.

“Paradoxically, growth teams and growth hackers aren’t the most important key to growth.”‍

Though most Founders today may not realize it, Silicon Valley’s waning obsession with “growth hacking” was misguided. That’s because it was rooted in an extreme anomaly — companies like Facebook, Twitter, and LinkedIn — which had already achieved product-market fit before accelerating their efforts to scale via internal growth teams. ‍

The stories of companies like Facebook are the stuff of startup legend, and the reason today’s Founders have been led astray when it comes to growth.‍

Take this anecdote from Andy Johns: when he joined the Facebook growth team in 2008, they were given the goal of growing from 100 million to 300 million MAU within 12 months. Though it seemed daunting at first, he and the growth team realized that by bumping up the existing growth rate from Facebook’s strong product market fit just .5% per week, they could achieve the goal.

Accelerating the growth rate of Facebook a half percentage point week over week was no laughing matter, but it was built on a solid foundation of existing growth. To outsiders, though, it was easy to misattribute all of the growth to having a dedicated growth team. In reality more of it came from Facebook’s strong product-market fit and compounding network effects.

Stories like the mythical success of Facebook’s growth team have had widespread and disastrous effects for the early-stage community, who came to believe that hiring growth teams and growth hackers were as important — if not more so — than product-market fit. Consequently, the focus has shifted from a deep knowledge of the customer to optimization-mania. As Andy puts it, “everyone today knows what a growth hacker is, but not enough know about Steve Blank. And that is a disaster from my perspective”.
‍
Listen to the full conversation.

Why NFX Invested in Clubbi: The Startup Digitizing Grocery Stores in LatAm