Why NFX Invested In Komodor: The Missing Piece in the DevOps Toolchain 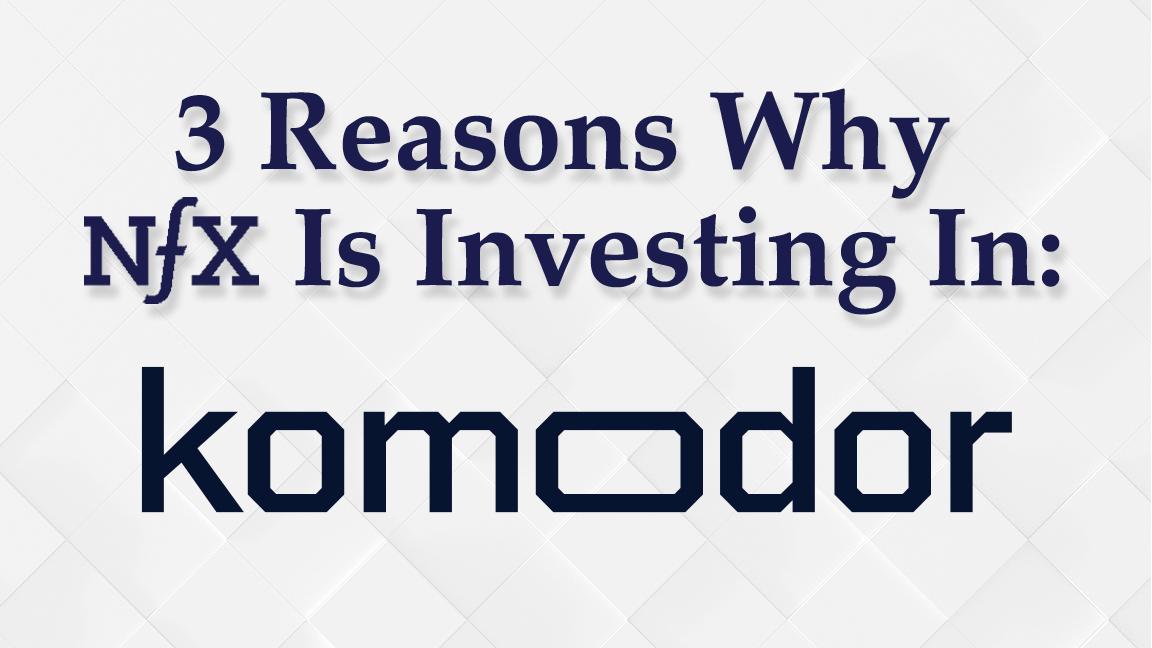 Last summer, NFX led Komodor’s seed round along with top Israeli VC Pitango. Today, less than a year later, the company is announcing a $21M Series A led by Accel — and is launching out of stealth mode.

Komodor is the missing piece in the DevOps toolchain. It sits on top of the existing stack (monitoring/ alerting, Git, config, infra, and more) and presents all system events on one centralized and easy-to-understand display. It’s designed to let teams troubleshoot more efficiently by quickly identifying what changes occurred and what was affected. It is built for developers, by developers.

When we were Founders ourselves, we rarely got an inside look at how investors made decisions. That’s why for the benefit of the Founder community, we’re making known the 3 reasons we invested in Komodor.

We first met the team in the 8200 accelerator and immediately fell in love with them. The Founders were bright, they knew their space and the problem first-hand — but were solving it in a unique way.

2. Seeing what others do not

The Komodor team had experienced DevOps pain acutely from the front lines. But they were also able to take a high-level view of trends and key shifts that are accelerating in tech — in order to truly expose the opportunity for high-leverage efficiencies.

What they noticed is that the current trend is moving towards Kubernetes, microservices-based environments. Those are complex environments with a frequent, accelerating pace of changes that are difficult to track. Meanwhile, dev teams are increasingly distributed … and fragmented.

Each team is responsible for one or a few microservices, but is unfamiliar with the overall system’s structure and dependencies. This leads to chaos.

“It’s ineffective, broken, and causes a lot of anxiety and stress for developers asked to take on the burden of making sure everything is okay.” With nearly 35% of DevOps engineers leaving their jobs due to burnout, this is a real problem.

Komodor solves the challenges of troubleshooting Kubernetes by providing a single source of truth that is a gamechanger for developers.

We also were very compelled by the way Komodor connects to all of the company’s other systems — and actually becomes a data hub. This lets them build many different ‘apps’ which leads to future scale.

There are many other reasons we invested in Komodor and its Founders, including speed, execution, and market opportunity — but the reasons above helped them stand out from the crowd as an exceptional company with a bright future.

Visit Komodor on the web and share it with your developer friends.

Stay up to speed
Weekly resources, news, and stories. Be the first to know and get insider tips.
202,850 startups read our weekly essays.
Connect with
Gigi Levy-Weiss