Why NFX Invested In C2i Genomics: The Cancer Surveillance Platform 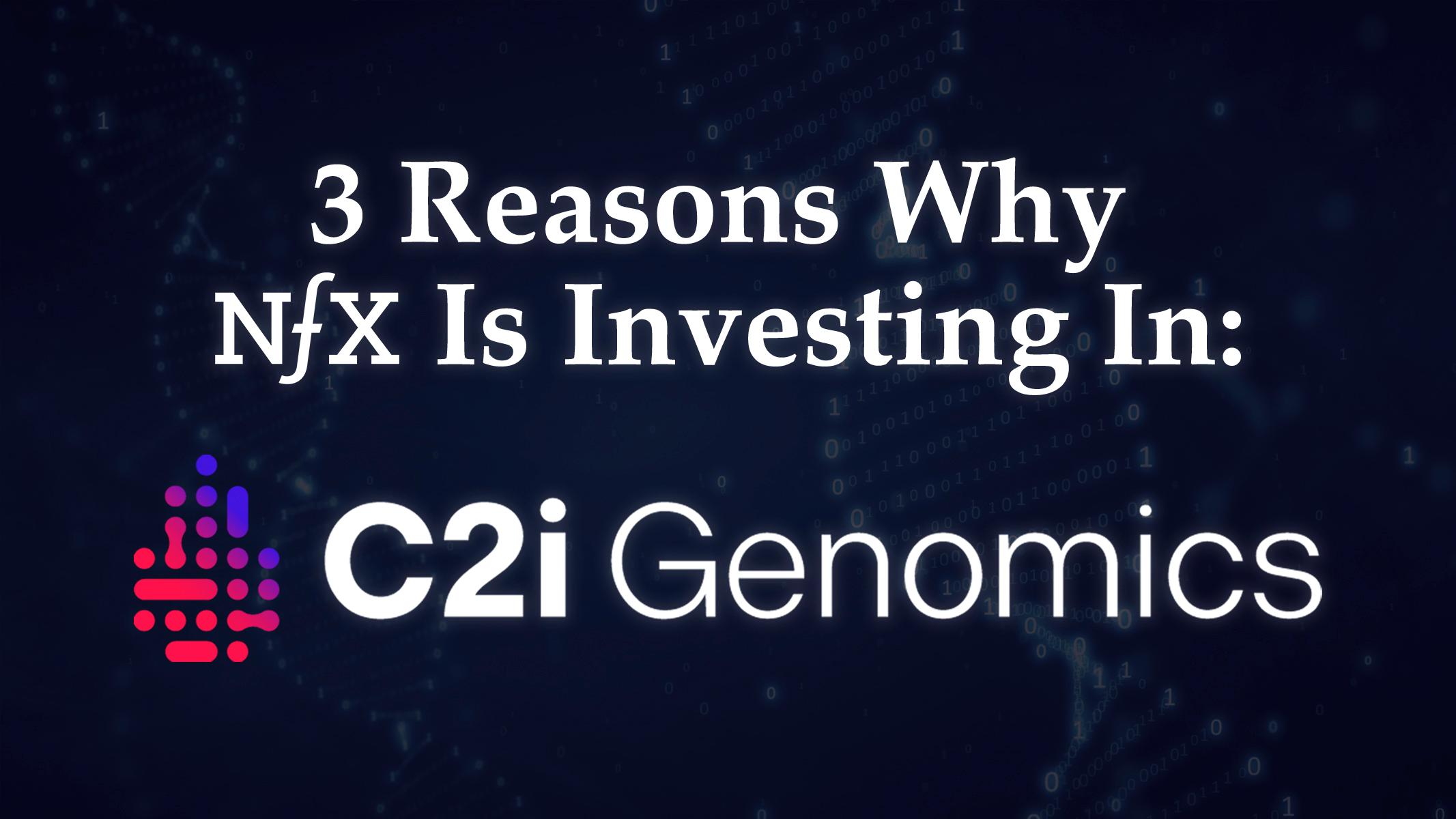 C2i is a new approach to diagnosing cancer. It’s a software platform, it has network effects, and it’s great news in the fight against cancer.

Through Omri Drory, NFX Venture Partner, NFX has been invested in C2i since the pre-seed round eighteen months ago, then the Series A ten months ago, and now the $100M Series B being announced today.

When we were Founders ourselves, we rarely got an inside look at how investors made decisions. That’s why for the benefit of the Founder community we’re making known the three reasons we invested in C2i.

There are only a few people in the world capable of creating this product. C2i combines cutting-edge levels of AI, signal processing and genome sequencing. Their CEO, Asaf Zviran, has a Ph.D. in Molecular Biology and an undergrad in electrical engineering, and worked with signal processing in the military. He is also a cancer survivor himself, so he personally understands the poor current state of care.

Next-level tech: C2i uses a small amount of blood from the patient (2ml) and standard genome sequencers, which are already installed all over the world, as inputs to its software. The C2i software then runs in the cloud, so it can be used from anywhere, and it produces the diagnosis. And here’s the thing — that diagnosis is 100X more sensitive than other solutions in the market.

And because it requires so little blood, C2i can be used throughout the treatment course — as often as once per week — not just at the beginning of treatment. That’s why C2i is so next-level. By increasing the frequency of check-ins, C2i transforms cancer treatment.

It tells doctors when enough treatment is enough (less suffering for the patient, less cost for the payor), or when a treatment isn’t working (switch treatments, save lives), or when more is still needed (fewer recurrences, save lives). Particularly in that last example, most tests today tell patients they are clean, but the sensitivity of the tests are too low. This means treatment is often stopped before the cancer is really gone, leading to tragic results months or years later.

Because the tech can be applied to any solid tumor situation, and possibly more over time, that means it covers the vast majority of cancer types.

Because it leverages cloud processing, and off-the-shelf genomics sequencing tools that have already been installed around the world, C2i can be used from anywhere in the world immediately. This enables C2i to expand the product offerings of 1000’s of treatment centers worldwide, allowing them to provide the highest quality cancer diagnosis and treatment tracking services right away.

The product C2i deploys is SaaS software that ties all the users into the C2i network. From that, there are two network effects available to C2i.

First is the platform network effect. It’s a platform in the sense that nearly any solid cancer can be “an app” on the platform. It’s not just serving one indication. So the more the C2i software becomes part of the workflow of the treatment center, the better it will be for them to have more indications work through that software. The other way this is a platform is once C2i is deployed in 1000’s of treatment facilities, other related products can be brought to the centers through the C2i software, without those other companies needing to sell in new software or workflows.

Second, there are data network effects. The data for every patient, while anonymous, adds to the accuracy of the diagnoses for all patients. Further, the more data they have, the better it is for pharma companies to partner with them to develop new cancer treatments. The more pharma companies work with C2i, the more data C2i will have.

Expect to hear more about C2i in the years to come.

We believe that the next significant phase of human progress is going to be led by Scientist-Founders like Asaf who build info-tech powered bio companies.

We also believe that when cancers are largely cured 30 years from now, we can look back and see C2i as an important inflection point in that journey.

Stay up to speed
Weekly resources, news, and stories. Be the first to know and get insider tips.
209,094 startups read our weekly essays.
Connect with
James Currier