Why Your Work Matters: Darwin, Machines, & the Future We’re Building 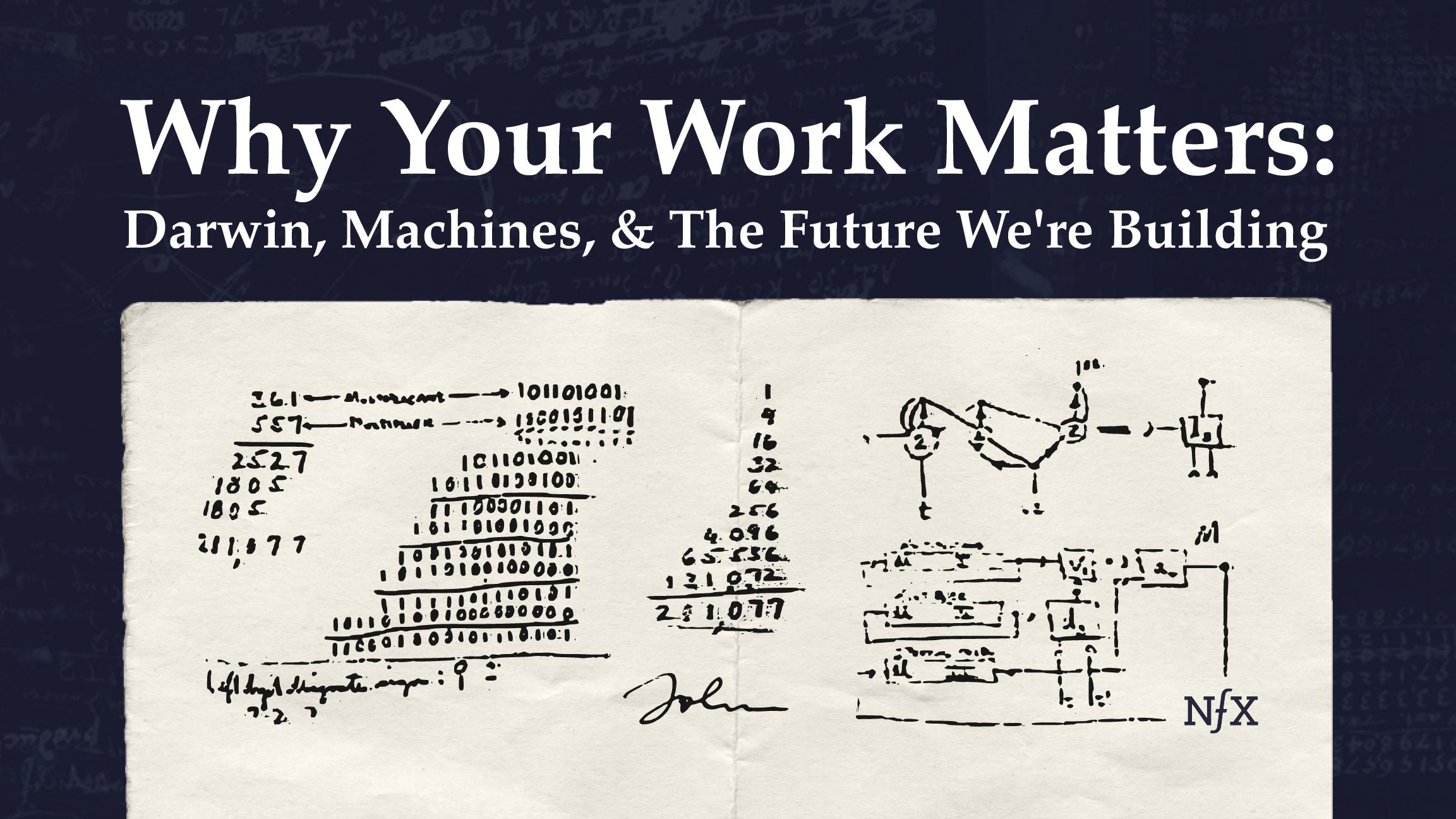 When I first read George Dyson’s book “Darwin Among the Machines”, it changed my thinking on startups. At the time I was running a startup. And, like most Founders, was busy with the details. Heads down. Trying to create a thing. Dyson’s book, however, gave me a broader perspective about how what my team and I were doing fit into the bigger story arc about humanity and technology. Dyson provided me with an answer that I believe every Founder must find if they are to build anything of consequence: What is the meaning of all of this?

As a Founder, having a strong sense of direction, purpose, and context for what you are doing every day gives you an advantage. Finding the deeper meaning gives you speed and power.

Founders — and founding teams — should understand that they are part of a long line of technologists and builders who set the stage for what you are doing now. Since Alan Turing and John Von Neumann invented the first digital computer with a memory that worked at the speed of light (rather than speed of sound), our community, this long line of technologists, has been building on that foundation just as stonemasons built cathedrals in their time on top of a cornerstone. It was a group effort, built over many decades, where one artisan might spend their life working on one corner of a tower while someone else worked on the floor. It was the collective effort that built something meaningful.

Understanding your role as part of a community building the future — not just a lone Founder on a solo journey — is the deeper connection that will get you through the really hard times. Like pivots, and downturns, and cofounder splits. And even pandemics.

This pandemic, when seen in the macro picture Dyson paints for us, serves to reinforce our calling as Founders. As Dyson says, we’re in the middle of a Black Swan event. We thought everything was continuing to rush forward, and then suddenly — we hit a limit. Conditions changed. New needs and mindsets arose. This can be seen as a natural part of the evolutionary process. From a technology point of view, we may actually be living through a very positive inflection point.

Your work matters. But to see how it does clearly requires us to step outside of the caves of our day-to-day lives of running startups to understand how we all got here, and where we’re going. There is a rich history you are building upon, and your work — whether a corner or floor of the cathedral — is a foundation that others will build on as we collectively build the future.

My conversation with George Dyson is one I hope every Founder gets to hear. Below we’ve excerpted some of the key discussion points. Dyson is an exceptional mind. His perspective brings light to our greater purpose in building new technology.

His new book is called Analogia. It’s a semi-autobiographical reflection on how analog computation is re-establishing control over the digital world. and comes out in mid-August 2020.

The Origins of Our Digital Universe

To kick off the conversation, George brings us back to the world of Alan Turing, who with John von Neumann invented one of the first digital computers with a memory that worked at the speed of light, rather than the speed of sound. This was the tipping point for how the digital computer began to explode as a creative movement after WWII. 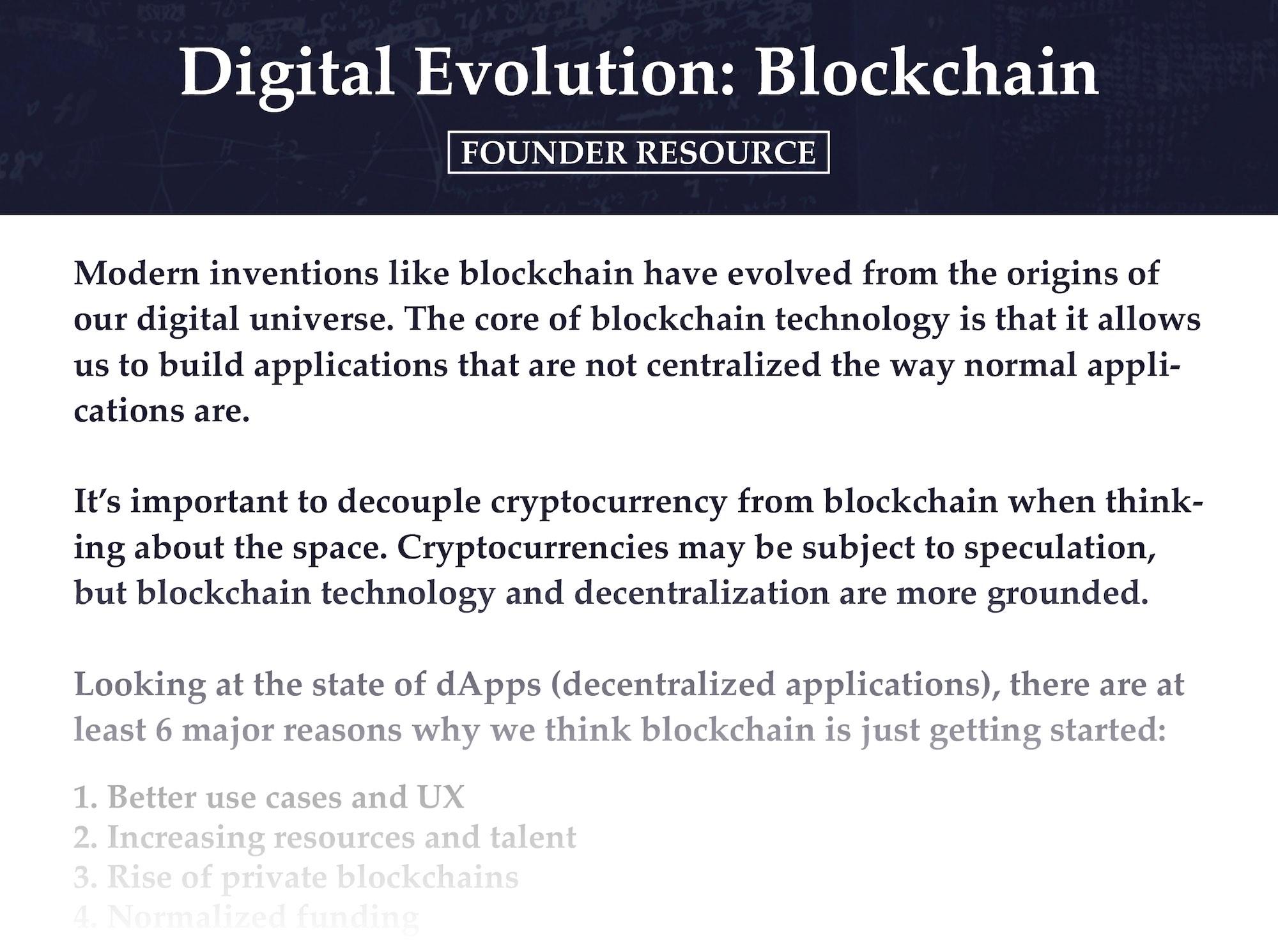 In 2005, Dyson went to visit Google and realized this was the very future that Alan Turing had envisioned, only much greater. Because of that visit, he wrote his seminal essay, “Turing’s Cathedral.”

We Are Stuck in An Old Model

What We’re Getting Wrong About AI

Dyson called Turing’s famous paper, “Computing Machinery and Intelligence” the founding document in the quest for true AI. But what are people still getting wrong about AI?

The Spooky Flaw of The Turing Test

Have Our Expectations of AI Come True?

Context: James reads to George a passage from his “Turing’s Cathedral” essay and asks if what George wrote has come true:

“For 30 years, I’ve been wondering what indication of its existence might we expect from a true AI? Certainly not any explicit revelation, which might spark a movement to pull the plug. Anomalous accumulation or creation of wealth might be a sign, or an unquenchable thirst for raw information, storage space and processing cycles, or a concerted attempt to secure an uninterrupted autonomous power supply. But the real sign I suspect would be a circle of cheerful, contented, intellectually and physically well-nourished people surrounding the AI.”

The Dark and Risky Side of AI

How Are We Humans Doing with Technology Today?

Will Technology Continue At The Same Rate?

Information is now in the topology of the network rather than the actual meaning of the code. For the same reason it works so well in nature, it works very well in these large systems we’re seeing like Google or Amazon or Facebook.

A Message For Today’s Founders

Stay up to speed
Weekly resources, news, and stories. Be the first to know and get insider tips.
208,931 startups read our weekly essays.
Connect with
James Currier