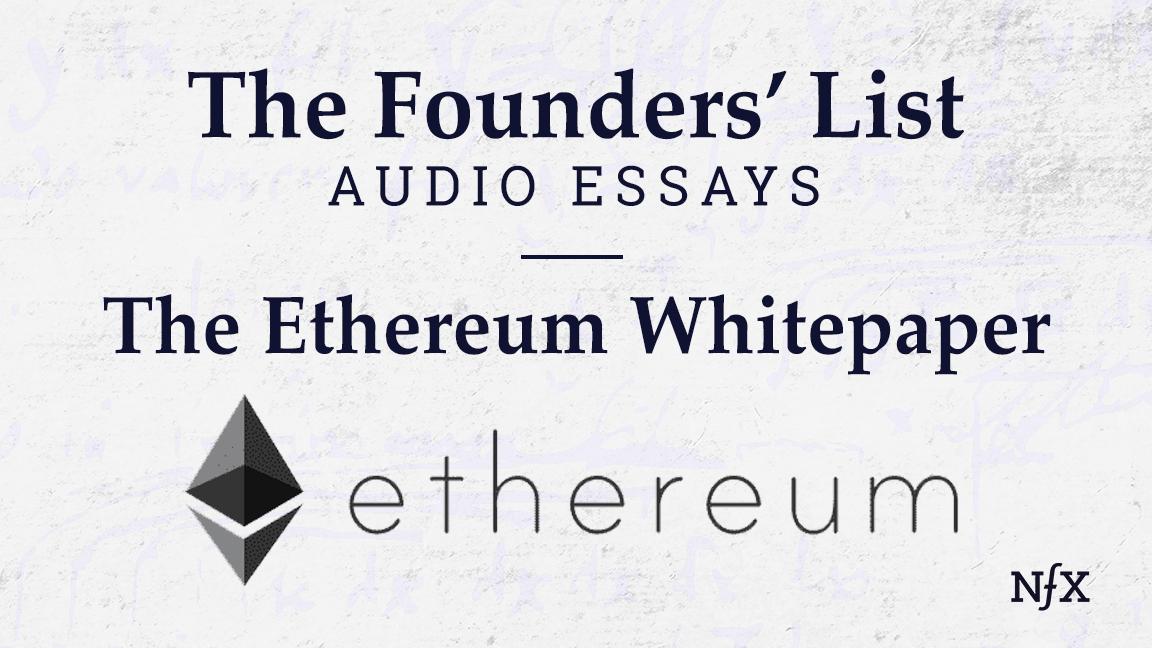 This introductory paper was originally published in 2013 by Vitalik Buterin, the founder of Ethereum, before the project’s launch in 2015. It’s worth noting that Ethereum, like many community-driven, open-source software projects, has evolved since its initial inception.

While several years old, they maintain this paper because it continues to serve as a useful reference and an accurate representation of Ethereum and its vision. From humble beginnings, Ethereum has grown into a well-known and widely used platform. The platform has also been responsible for launching hundreds of other cryptocurrencies and decentralized projects in recent years through a new fundraising mechanism called an Initial Coin Offering (ICO).

Stay up to speed
Weekly resources, news, and stories. Be the first to know and get insider tips.
208,814 startups read our weekly essays.
Connect with
The NFX Team