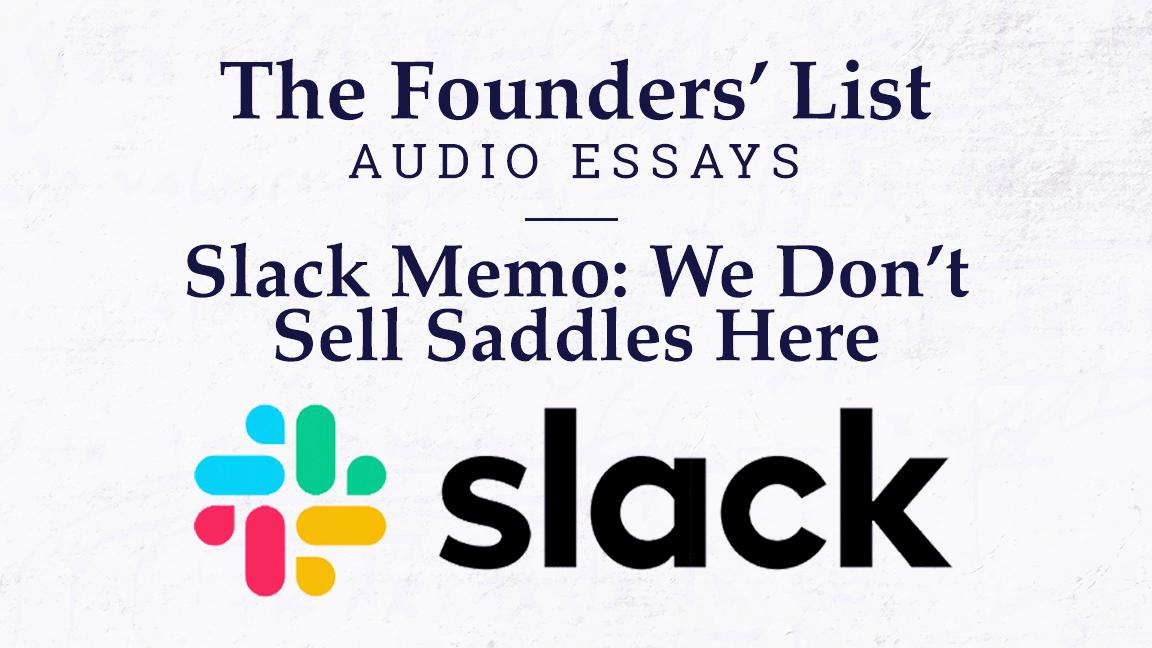 The memo below was sent to the team at Tiny Speck, the makers of Slack, on July 31st, 2013. It had been a little under seven months since development began and was two weeks before the launch of Slack’s ‘Preview Release’.

Stay up to speed
Weekly resources, news, and stories. Be the first to know and get insider tips.
202,558 startups read our weekly essays.
Connect with
The NFX Team