20 years of insights in one class
197,564 startups read our weekly essays.

I first met Reid Hoffman in the late ’90s when the social revolution of the web was just taking off. At the time, Reid and I were part of a small group of people in Silicon Valley focused on viral businesses with network effects.

Since then we’ve seen that network effects have been responsible for over 70% of the value created by tech companies because they can grow so fast and are so defensible.

But the fact remains: these businesses are …really… hard to pull off.

In his newest book, Blitzscaling, Reid shares his playbook for creating the massively valuable network effect companies that he’s developed over the last 20 years.

It’s a fantastic book on a topic that has rarely been written about.  We sat down with Reid to talk with him growth and network effects, some of our favorite subjects.

James Currier:  What do you tell Founders who are trying to create innovative business models that can handle explosive growth?

Reid Hoffman: If you want to find your best business model, you should try to design one that minimizes two growth limiters: 1) product/market fit and 2) operational scalability.

The first three growth factors are important, but network effects play a key role in sustaining growth long enough to build a massively valuable and lasting franchise. And the internet has pushed network effects to entirely new levels. The increasing importance of network effects is one of the main reasons that technology has become a more dominant part of the economy. ‍

JC: When you built LinkedIn did you have network effects in mind?

RH: The long-term value of LinkedIn was always intended to come from network effects. Much of Silicon Valley’s historical success in building giant companies can be traced to its cultural emphasis on business model innovation, which results in the creation of network effects–driven businesses. The irony is that many people in Silicon Valley couldn’t define a network effect or what caused it if asked.

JC: How did you design network effects into LinkedIn’s business model?

The direct network effects come from the fact that each additional LinkedIn user makes the network slightly more valuable to all other LinkedIn users. The two-sided network effects occur because more users attract more corporate employers, while more employers increase the value of LinkedIn as a passive job-hunting tool.

Finally, by becoming an integral part of most people’s professional online identities, LinkedIn has become a standard that has largely replaced the traditional résumé. Just one of these network effects would probably be enough to create first-scaler advantage; all three working together built a massive strategic moat that protected LinkedIn from new entrants, and from attempts by consumer networks like Facebook to take away the professional market.

JC: A lot of the Founders I meet with overlook the role of distribution in growth.

RH: Many people in Silicon Valley like to focus on products that are, in Steve Jobs’ words, “insanely great”. But the cold and unromantic fact is: a good product with great distribution will almost always beat a great product with poor distribution.‍

JC: Much has changed for distribution in the “mobile first” era.  ‍

RH: It’s true. Because products and services that are already popular will almost always come up first in search results, companies with a competitive advantage can quickly grow to the point where the increasing returns of network effects produce a winner-take-most or winner-take-all market. This also explains why the growth factor of distribution is as or more important to company success as the product itself—without distribution, it is difficult to reach the tipping point.

But with mobile, unlike the web where SEO and email links were broadly applicable and successful distribution channels, app stores offer little serendipitous product discovery. When you go to Apple’s or Google’s app store, you’re searching for a specific product.

The business model innovators who’ve succeeded (Instagram, WhatsApp, Snap) have had to find creative ways to get broad distribution for their product–without spending a lot of money. And they’ve done it in two ways: leveraging existing networks and virality. Leveraging existing networks can be a critical part of a business model, especially if these networks can provide a “booster rocket” that is later supplemented with virality or network effects.

JC:  Does a startup need network effects to implement the blitzscale strategy?

RH: Network effects both produce and require aggressive growth. With network effects businesses, you can’t start small and hope to grow slowly; until your product is widely adopted in a particular market, it offers little value to potential users.

Because Silicon Valley’s entrepreneurs focus on designing business models that can get big fast, they are more likely to incorporate network effects. And because the fierce local competition forces startups to grow so aggressively (i.e., blitzscale), Silicon Valley startups are more likely to reach the tipping point of network effects before startups from less aggressive geographies.

One of the motivations for my new book is to help entrepreneurs from around the world emulate these successes by teaching them how to systematically design their businesses for blitzscaling. When you design your business model to leverage network effects, you can succeed anywhere.

Reid Hoffman is a cofounder of LinkedIn and a partner at Greylock Partners. He is the coauthor with Chris Yeh of a new book called Blitzscaling: The Lightning-Fast Path to Building Massively Valuable Companies.

James Currier is a Managing Partner at NFX, a seed and series A venture firm based in San Francisco. 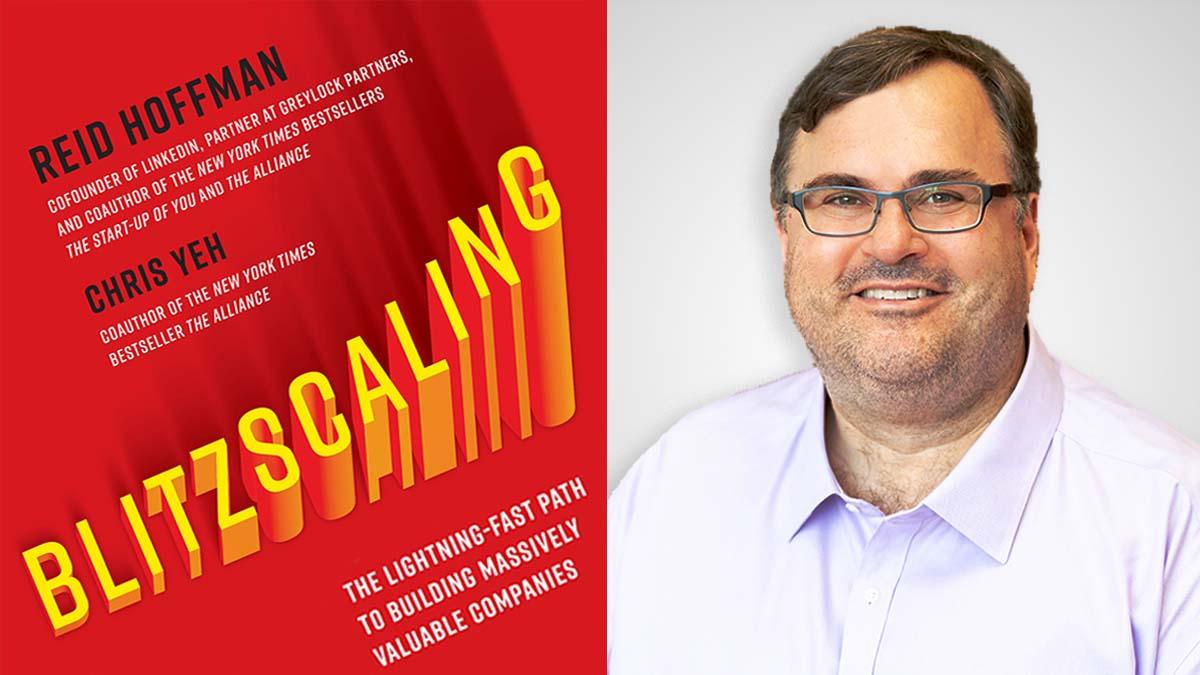 Stay up to speed
Weekly resources, news, and stories. Be the first to know and get insider tips.
197,564 startups read our weekly essays.
Connect with
James Currier