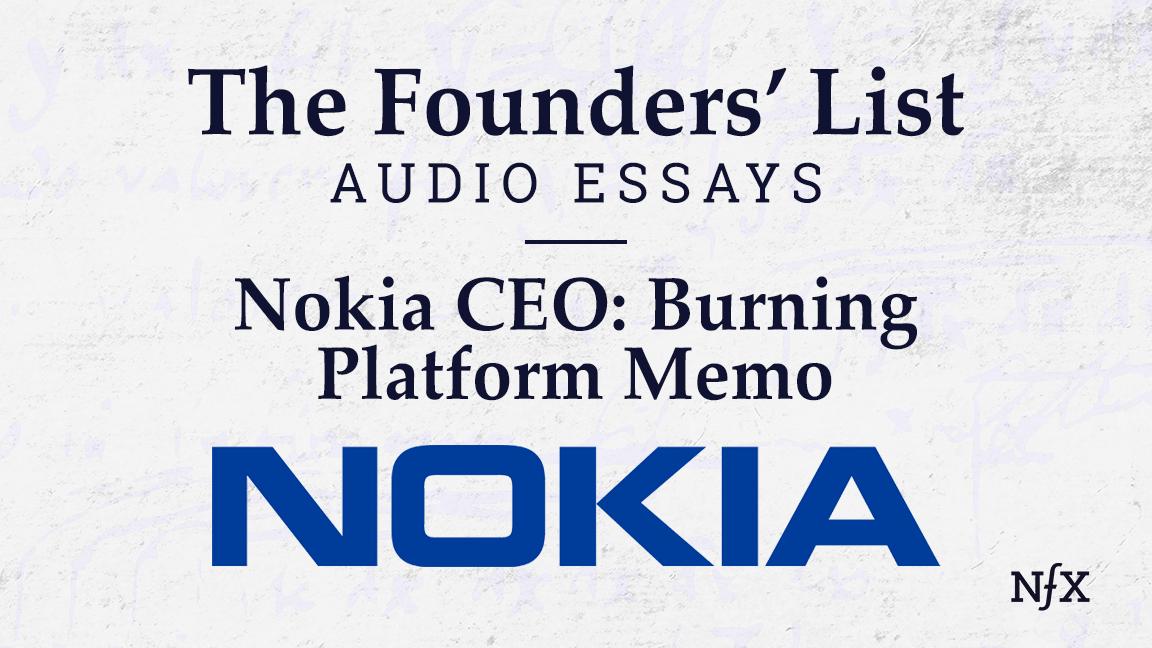 In 2007, Nokia’s CEO Stephen Elop (a former Microsoft executive) was planning radical action to revive the company’s fortunes on what they will do to stem the loss of market share, notably in the smartphone market, where despite being the biggest player it has been unable to compete with incomers, notably Google’s Android and Apple’s iOS.

“The first iPhone shipped in 2007, and we still don’t have a product that is close to their experience. Android came on the scene just over 2 years ago, and this week they took our leadership position in smartphone volumes. Unbelievable.”

Stay up to speed
Weekly resources, news, and stories. Be the first to know and get insider tips.
208,813 startups read our weekly essays.
Connect with
The NFX Team