“Don’t Just Be the Best, Be the Only” with Kevin Kelly & James Currier 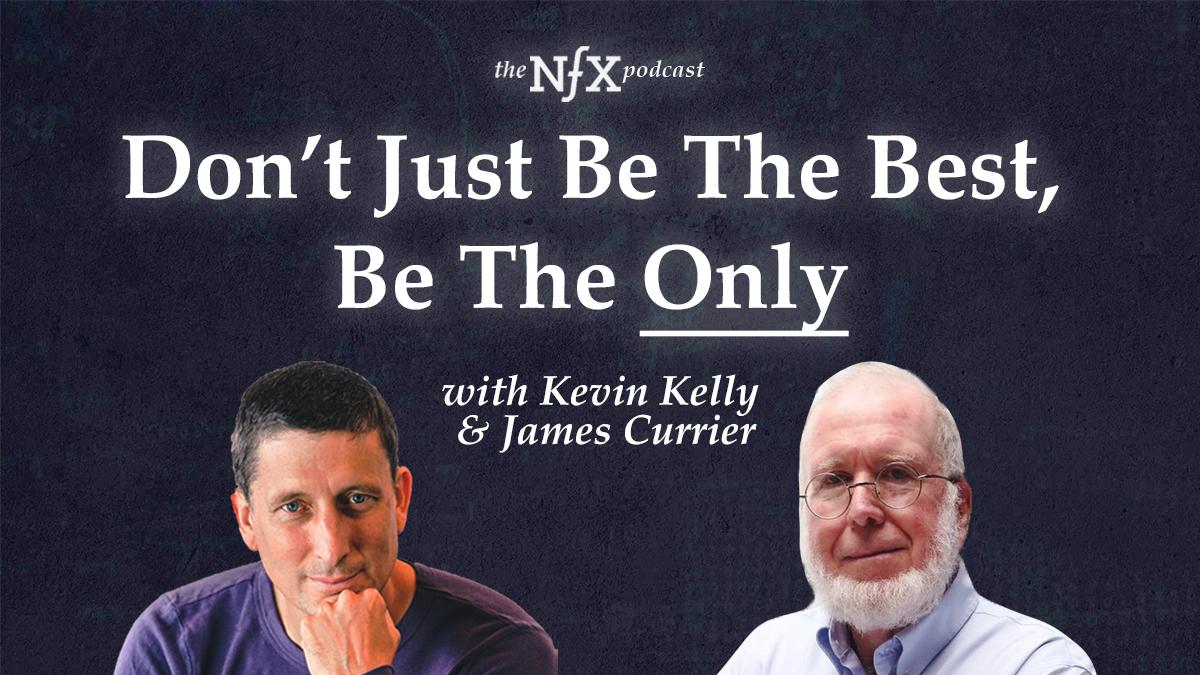 In this candid conversation with iconic tech thinker Kevin Kelly (founding Editor of Wired), we discuss inspirational and transformative advice for early-stage Founders reflecting on the work they’re doing, why they’re doing it, and how it all adds up in the long term.

Kevin and NFX General Partner James Currier talk about:
– “You want to work on something that nobody has a name for.” You don’t just want to be the best — you want to be the only. This applies to the companies you start, the projects you tackle, as well as to how you live your life.
– “It’s fine to focus on scaling a wall, but you need to make sure your ladder is leaning against the right wall.” Transforming from short-term founder to long-term steward is a mental shift that many Founders need to start making.
– “If you operate on a longer term perspective you have an advantage because everyone else is completely short sighted.”
– Why Wired? What was the reason for it to exist?
– We need to listen to the technology to see how people actually use it vs. how it was invented.

Kevin Kelly is Senior Maverick at Wired magazine. He co-founded Wired in 1993, and served as its Executive Editor for its first seven years. His most recent book is called The Inevitable, and is a New York Times and Wall Street Journal bestseller. He is also founding editor of the popular Cool Tools website, which has been reviewing tools daily since 2003. Every Sunday, he and the Cool Tools team mail out Recomendo, a free one-page list of 6 very brief recommendations of cool stuff.