The Hidden Patterns of Startup Failure 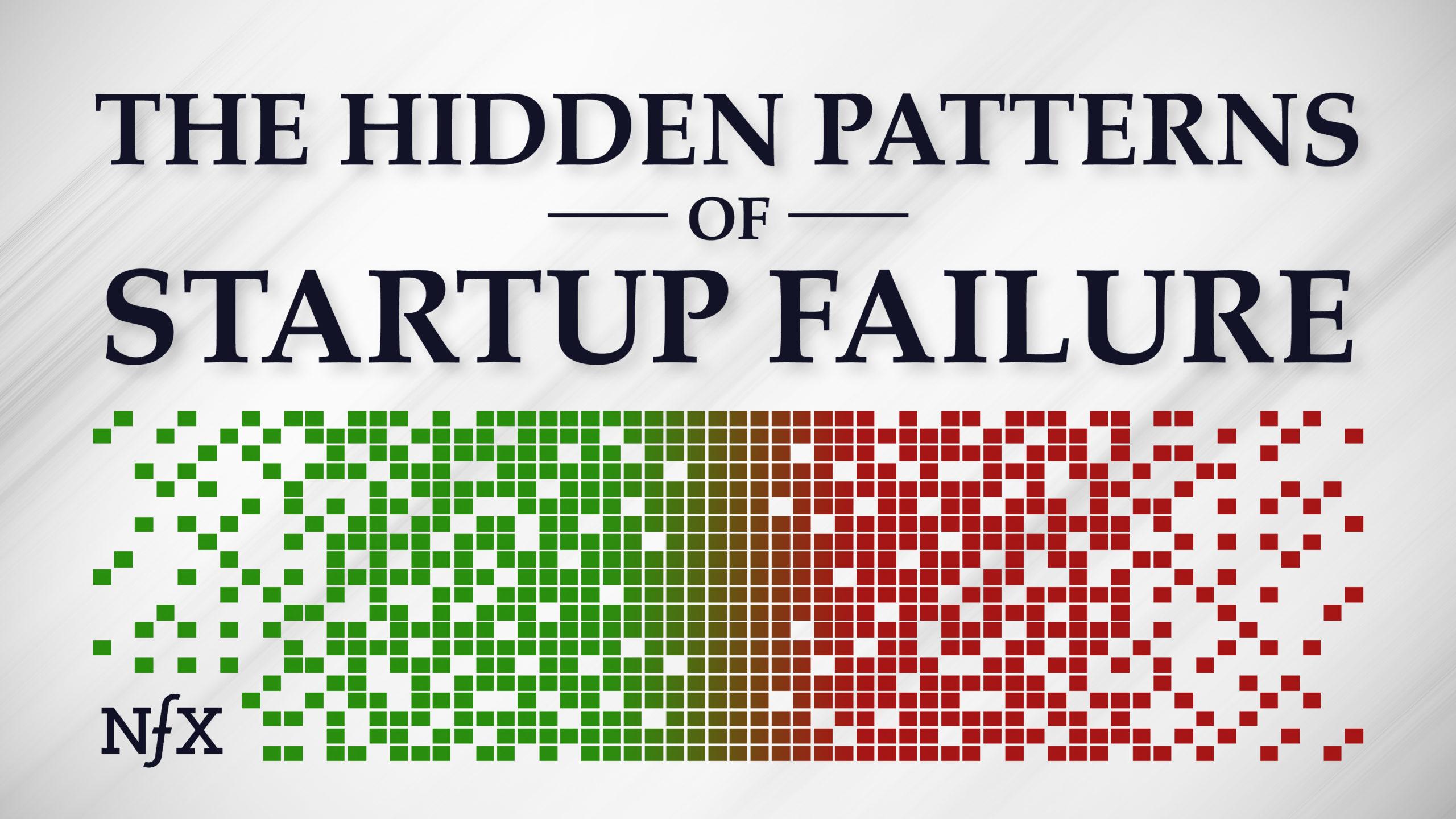 Most of us engineer success by trying to replicate success patterns. That’s good, but nearly 90% of startups fail, so for Founders, avoiding failure patterns may have an equally important role to play in finding success. The Partners at NFX built ten successful companies in part because, in each company, we avoided failure long enough for good things to happen to us.

There are 6 patterns that account for the vast majority of startup failures, both early-stage and late-stage, according to Harvard Business School professor Tom Eisenmann:

The following are important takeaways from my recent conversation with Tom. Consider these notes a counterintuitive advantage to understanding startup failure, in order to increase your likelihood of achieving success.

1. Failure is the most important phenomenon – and the least understood

“Here I was, supposedly an expert on entrepreneurship, a Harvard Business School educator, and I couldn’t explain the most important phenomenon in my field.” 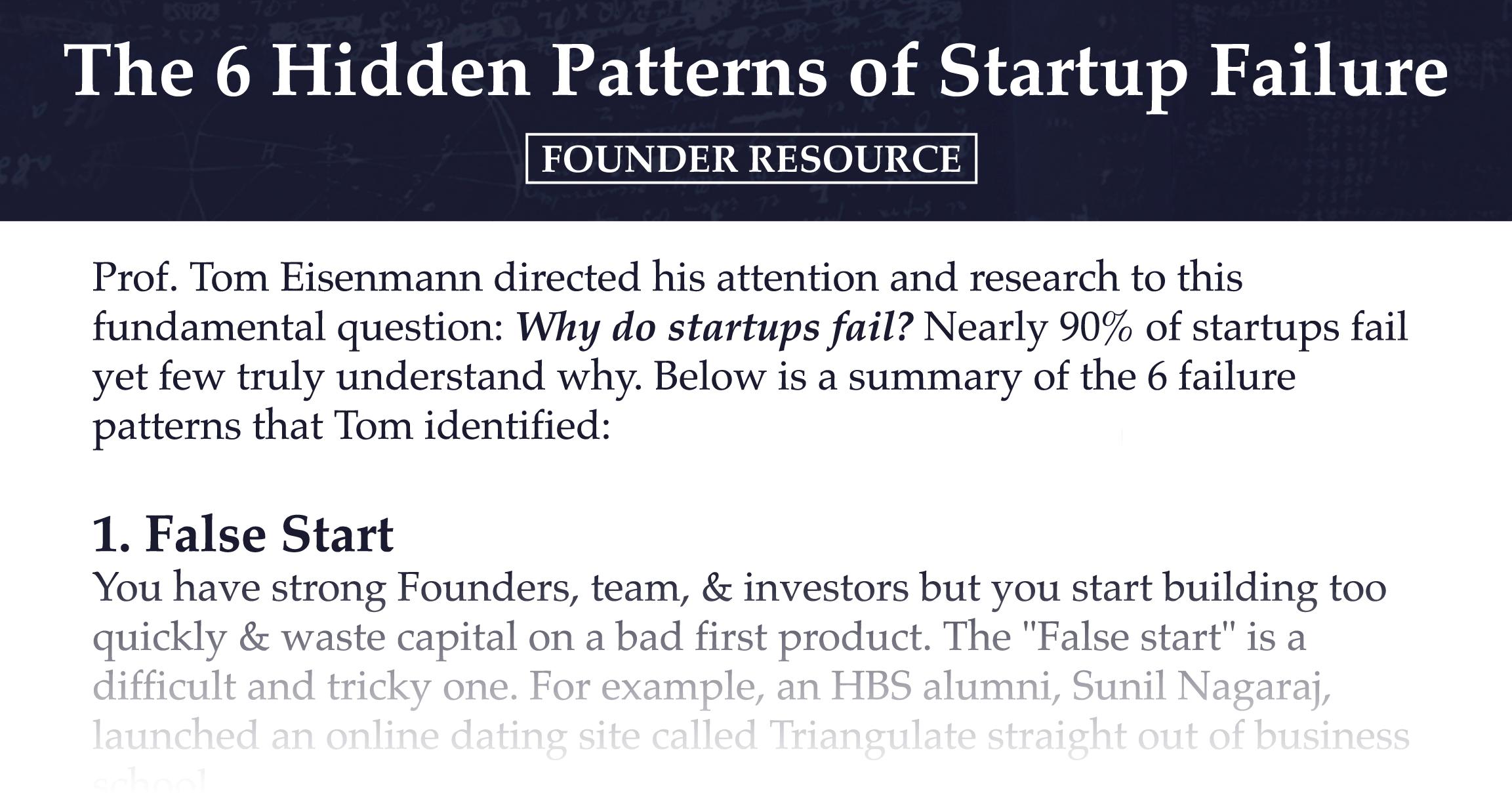 3. Why The Real Reasons Are Hidden From Us

The Diamond and Square framework 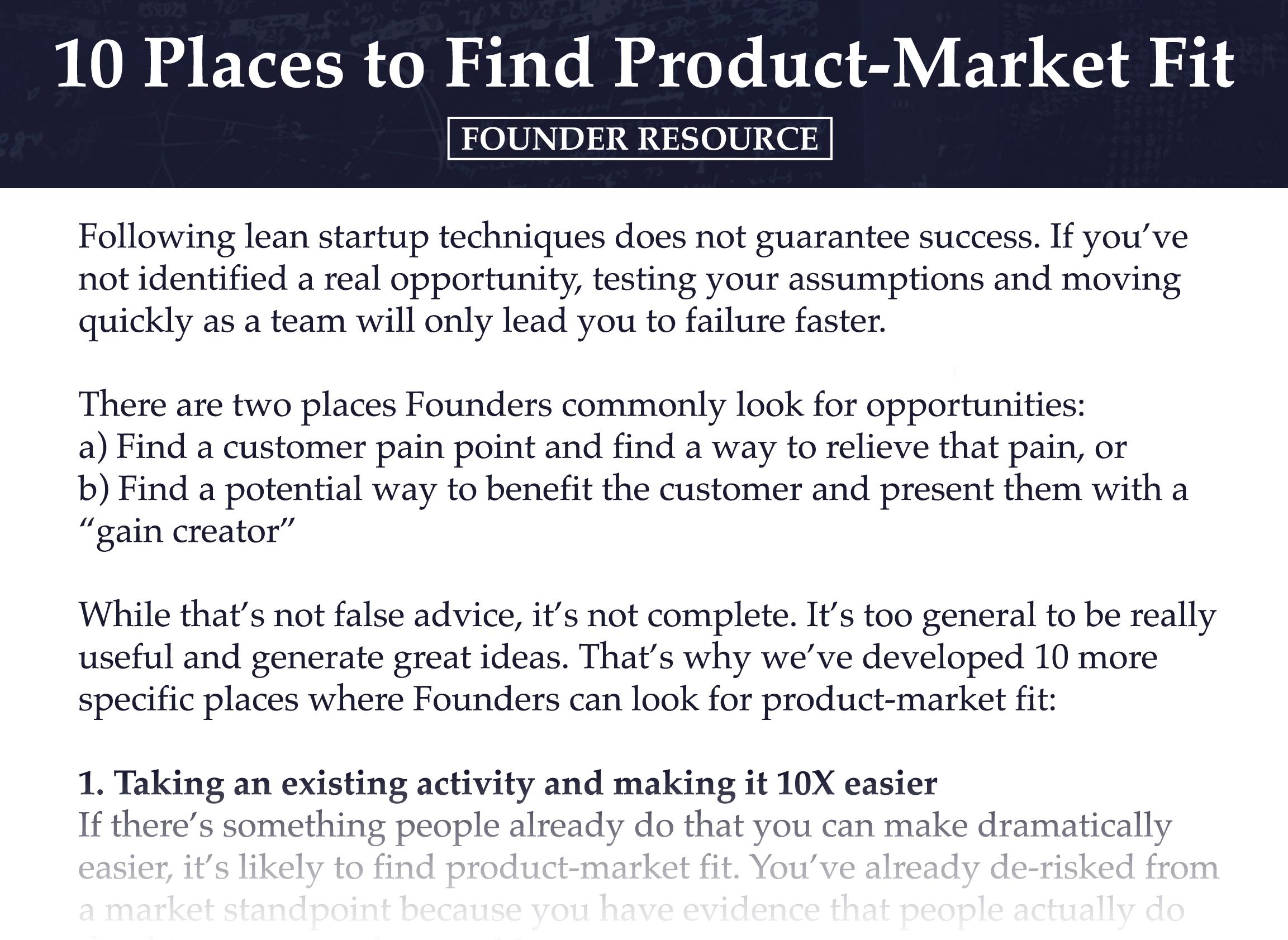 The four tactics to either mitigate the risk or reduce it in some way, or reduce the resource requirements are: (1) resolve risk, (2) defer it, (3) shift it to another party, or (4) get people to ignore it.

Those are the four ways you get around the catch 22’s. Each of them has a dark side and you see some of that in startup failure stories.

Here are three of the failure patterns that were made clear from the “Diamond and Square” exercise:

The “False start” is a difficult and tricky one. For example, an HBS alumnus, Sunil Nagaraj, launched an online dating site called Triangulate straight out of business school.

7. Why “Crossing The Chasm” Is Harder Than You Think

The big difference is when a late-stage startup fails, it leaves a giant steaming crater in the landscape, hundreds of millions of dollars and hundreds of employees are gone — and we all read about it. Early stage, things fail and you know about it if you’ve invested in it, but they don’t quite have the impact. The late-stage failures can put your hair on end.

There are three failure patterns that I’m looking at for late-stage failure. The first is “Cascading Miracles.”

9. What People Get Wrong About Network Effects

You can pre-order Tom Eisenmann’s new book: Why Startups Fail: A New Roadmap for Entrepreneurial Success. And you can listen to the full podcast episode here.

Stay up to speed
Weekly resources, news, and stories. Be the first to know and get insider tips.
208,824 startups read our weekly essays.
Connect with
James Currier