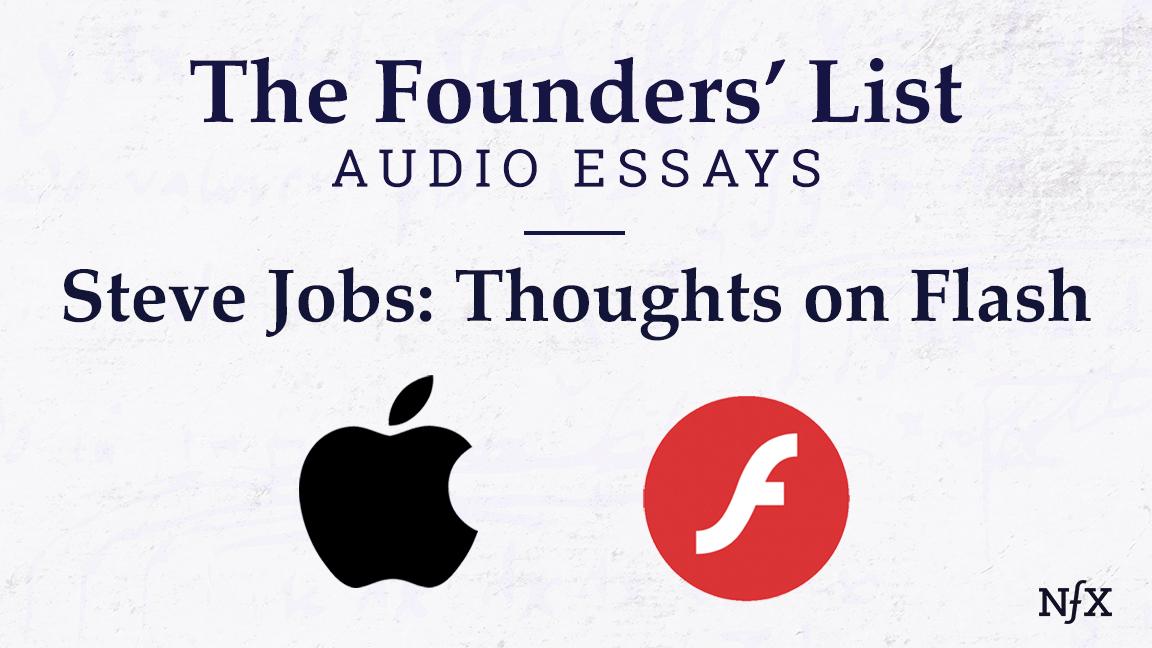 ‘Thoughts on Flash’ is an open letter published by Steve Jobs, Co-Founder and then-CEO of Apple Inc. on April 29, 2010. The letter criticized Adobe Systems’ Flash platform and outlined reasons why the technology would not be allowed on the company’s iOS hardware products, specifically iPhone, iPod Touch, and iPad. Now it’s available to listen to on The Founders’ List.

Listen to the Podcast here – https://podcast.nfx.com/episodes/the-founders-list-steve-jobs