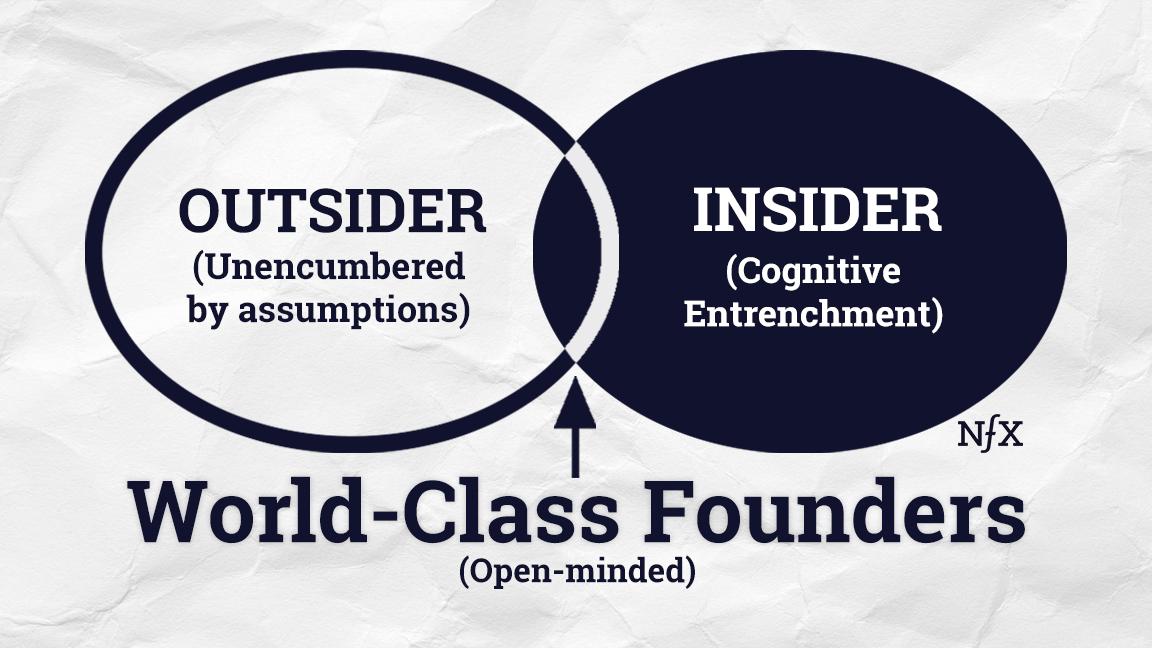 “Doubt what you know, be curious about what you don’t, and update your views based on new data.”

This is the general maxim underlying the classical scientific method. It is also the one mental model universal to most successful startup Founders. Thinking from first principles, treating ideas as testable hypotheses, and cultivating a challenger network is what the best Founders do.

But Founders and VCs also tend to over-index on experience — and experience is a double-edged sword. On one hand, it’s difficult to have good ideas when you don’t understand the problem well enough to try to solve it. But on the other end of the spectrum, if you have extensive experience or expertise, you run the risk of cognitive entrenchment. When Founders get too attached to their existing patterns of thinking, they become prisoners of their own prototypes.

The best Founders we see at NFX know when to rethink the assumptions that they and everybody else have made about an area, technology, or market. This unlocks breakthrough thinking in order to make the seemingly impossible, possible.

I recently got together with organizational psychologist and bestselling author Adam Grant to discuss his new book, Think Again, about the counterintuitive and competitive advantages of rethinking.

The world is changing faster than it ever did before. Founders who can adjust their beliefs and rethink what they know as the world around them changes will see new opportunities that others miss.

Do You Think Like A Preacher, Prosecutor, Politician, or Scientist? 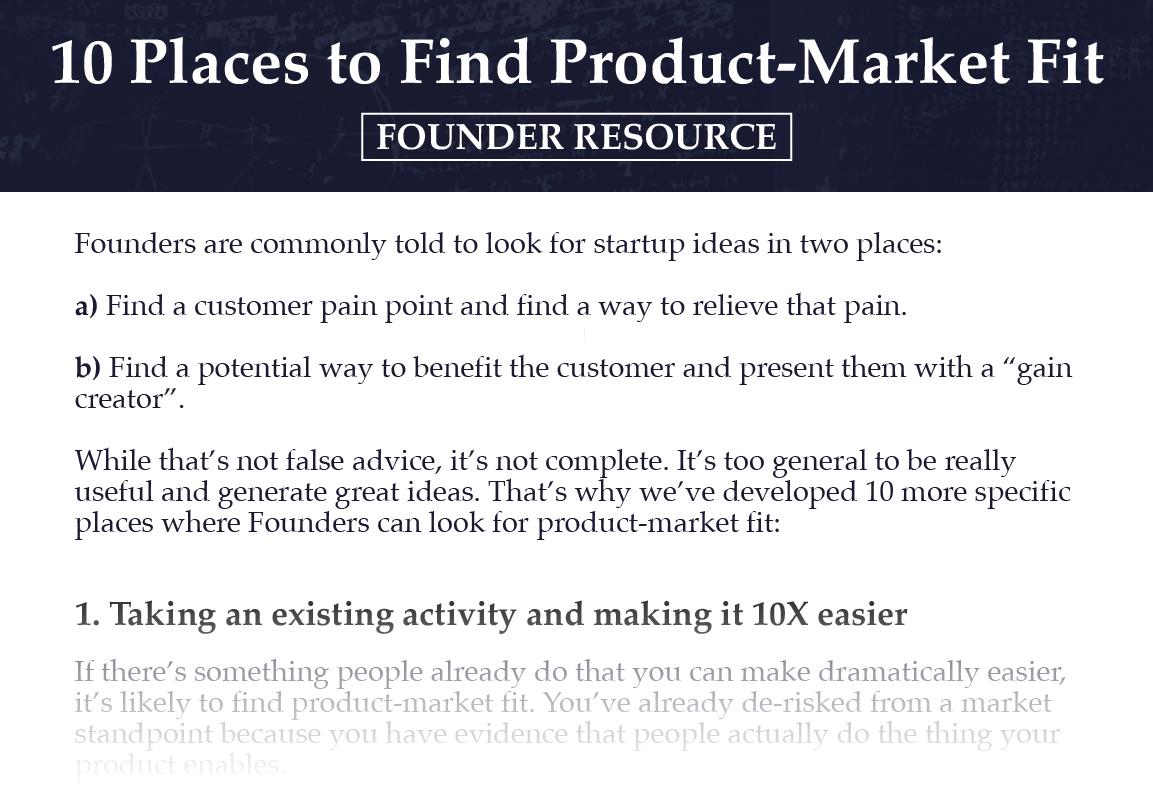 Superforecasting Starts with One Simple Technique 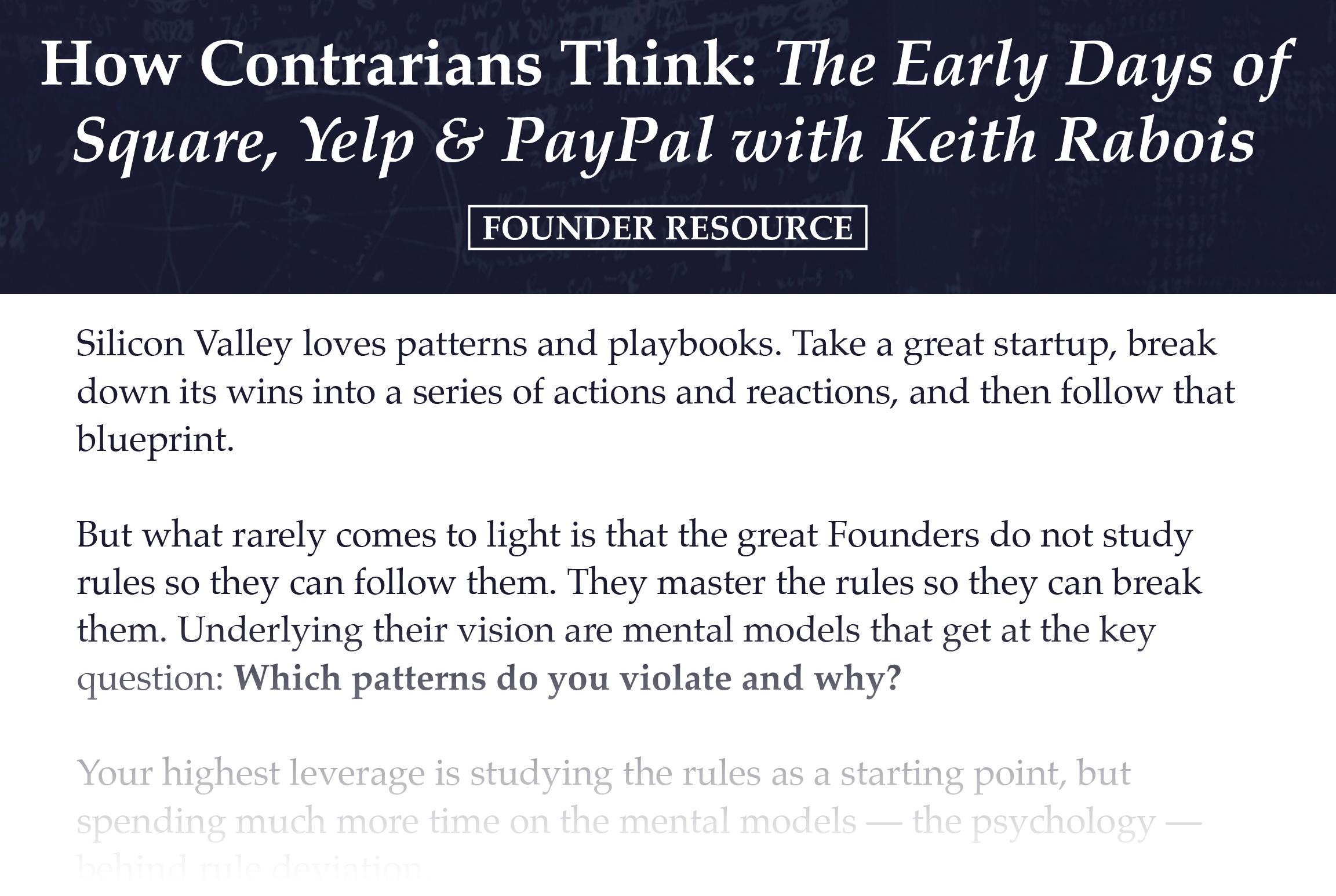 The De-Escalation of Commitment 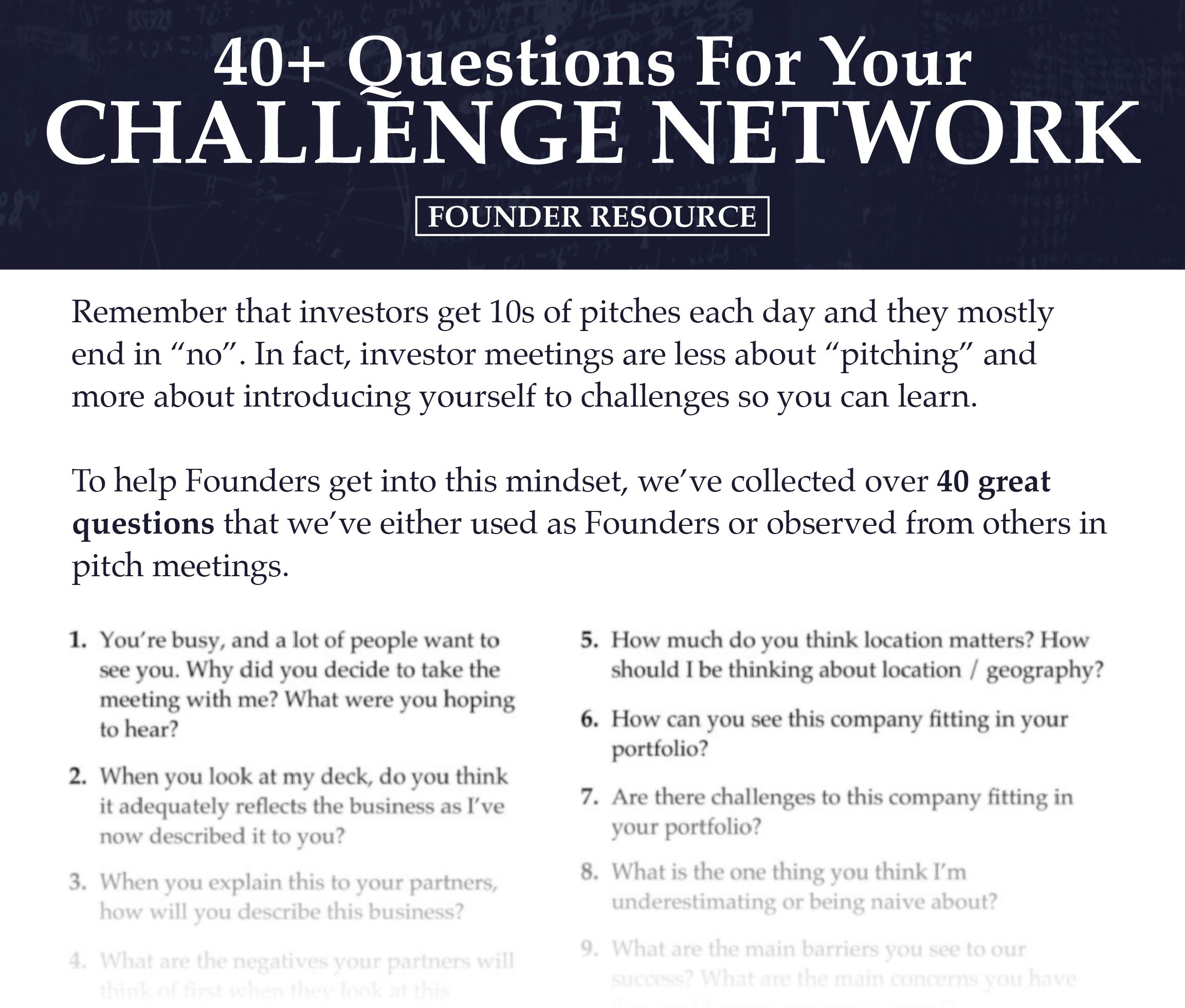 “Here are the three reasons why you should not invest in my company.”

Are you trying to prove or improve yourself?

Hunches, Not Truths. Learn Something From Everyone. Look for Better Practices.

1. First, start treating your ideas and opinions as hunches rather than truths and say, “Okay, I’ve just landed on an idea. I wonder if it’s accurate or not. Let me go out and explore it.”

2. A second step is just to recognize that one of the marks of being a lifelong learner is knowing that you can learn something from every single person that you meet. I think we probably underutilize the people in our lives as sources of new perspectives.

Maybe there’s value in running my startup idea by somebody who’s completely foreign to my industry to see:

There’s always something to be learned. I think the moment you write someone off as not knowledgeable is the moment that you decide you’re not interested in a fresh perspective anymore.

3. The third thing is that we need to build cultures of open-mindedness. To me, one of the biggest enemies of openness is the idea of best practices. The moment you declare a best practice, you are done rethinking it. You’ve already found the perfect routine, the ideal way to do things.

It’s subtle, but I think looking for better practices keeps us open to re-imagining and reinventing.

Stay up to speed
Weekly resources, news, and stories. Be the first to know and get insider tips.
209,095 startups read our weekly essays.
Connect with
Pete Flint