20 years of insights in one class
Table of Contents
197,307 startups read our weekly essays.

Why NFX Invested in Arc Technologies: The Fintech Platform for SaaS Companies 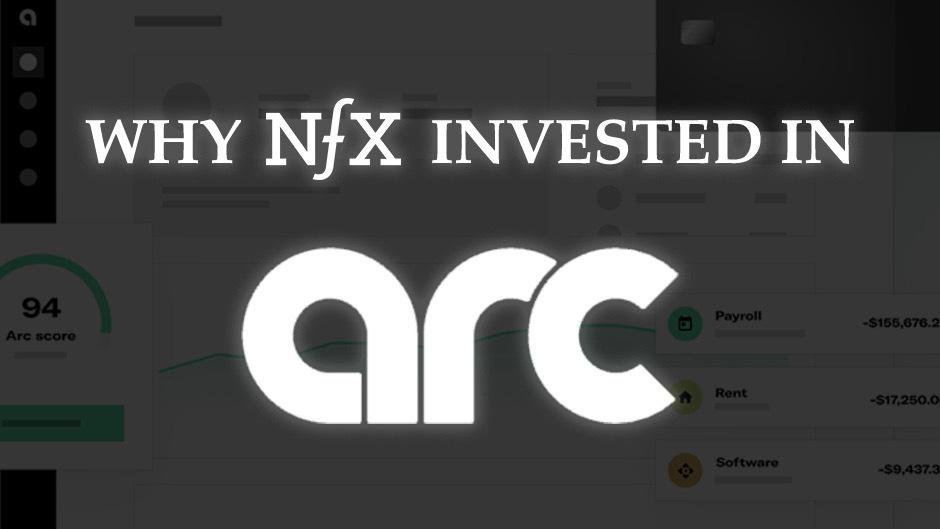 Arc is reinventing how SaaS companies finance their growth.

They came out of stealth and announced a few days ago on TechCrunch that they’ve raised $11M in seed financing led by NFX, and $150M in debt financing.

When we were Founders, we rarely got a glimpse into investment decision-making. That’s why now, as VCs, for the benefit of the Founder community we are giving you an inside look at 3 reasons we invested in Arc.

We met the founders Don Muir and Nick Lombardo after they had decided to work together but before they had decided on the company name or exact direction of the business. Having that time to get to know a founding team is a luxury in today’s market, and we were lucky to have it because we started working with them before the pre-seed.

Over 3 months, we could see they were fast and had very good judgment. These are two of the three cornerstones of promising teams.

The third cornerstone is attracting talent. We saw that the Founders attracted the best of the best to work with them and are today well on their way to building a great culture. They are also able to attract the right partners like Stripe and VSC, investors like their debt providers, and other partners that are as yet unannounced.

We would put this team up against any we’ve seen.

2. Size of the Market

Software companies are coming to dominate the overall economy. Long term, all companies essentially become software companies and fintech companies. So there is an insatiable need for new forms of embedded finance, banking and credit. Arc fills that gap.

Capital as a service managed with software is coming, and it will be the guts of all businesses over time. We can see every element of today’s finance getting streamlined over the next twenty years, as it moves into software out of the inefficient back rooms. This is just the beginning.

Arc is in the same *general* market area as Pipe, Brex, and Mercury but very focused on SaaS businesses as customers, and they are building very different support software.

Because Arc’s approach is so focused on the vertical of SaaS companies, they have many opportunities to build network effects within the ecosystem of their startups. Instead of Arc customers just getting a product, they join the Arc Network.

It’s early days, but this team understands that the biggest companies think early on how to build network effects among a high quality group of customers and suppliers. We like that kind of thinking and feel we can be helpful in their journey toward network effects.

Stay up to speed
Weekly resources, news, and stories. Be the first to know and get insider tips.
197,307 startups read our weekly essays.
Connect with
James Currier