The VC & Founder COVID-19 Sentiment Survey is an ongoing initiative to track how early-stage VCs and Founders are reacting to the COVID-19 crisis and economic downturn. The goal is to provide a series of reference points over time to the community, in the midst of one of the most unpredictable climates we will ever face.

Part II is our June 2020 check-in to see how VCs & Founders are feeling and responding to the downturn nearly three months later.

In Part II, 451 Seed-stage and Series A Founders & 141 VCs reported their candid feedback on questions including:

Below we provide the full deck, followed by a breakdown of the results.

1 – VC and Founder predictions for U.S. economic recovery are getting worse, not better.

Founders remain more optimistic than VCs about how long it will take for the U.S. economy to recover. Still, Founders and VCs alike have revised their predictions for the worse, with the majority now predicting that an economic recovery is 1-2 years away. 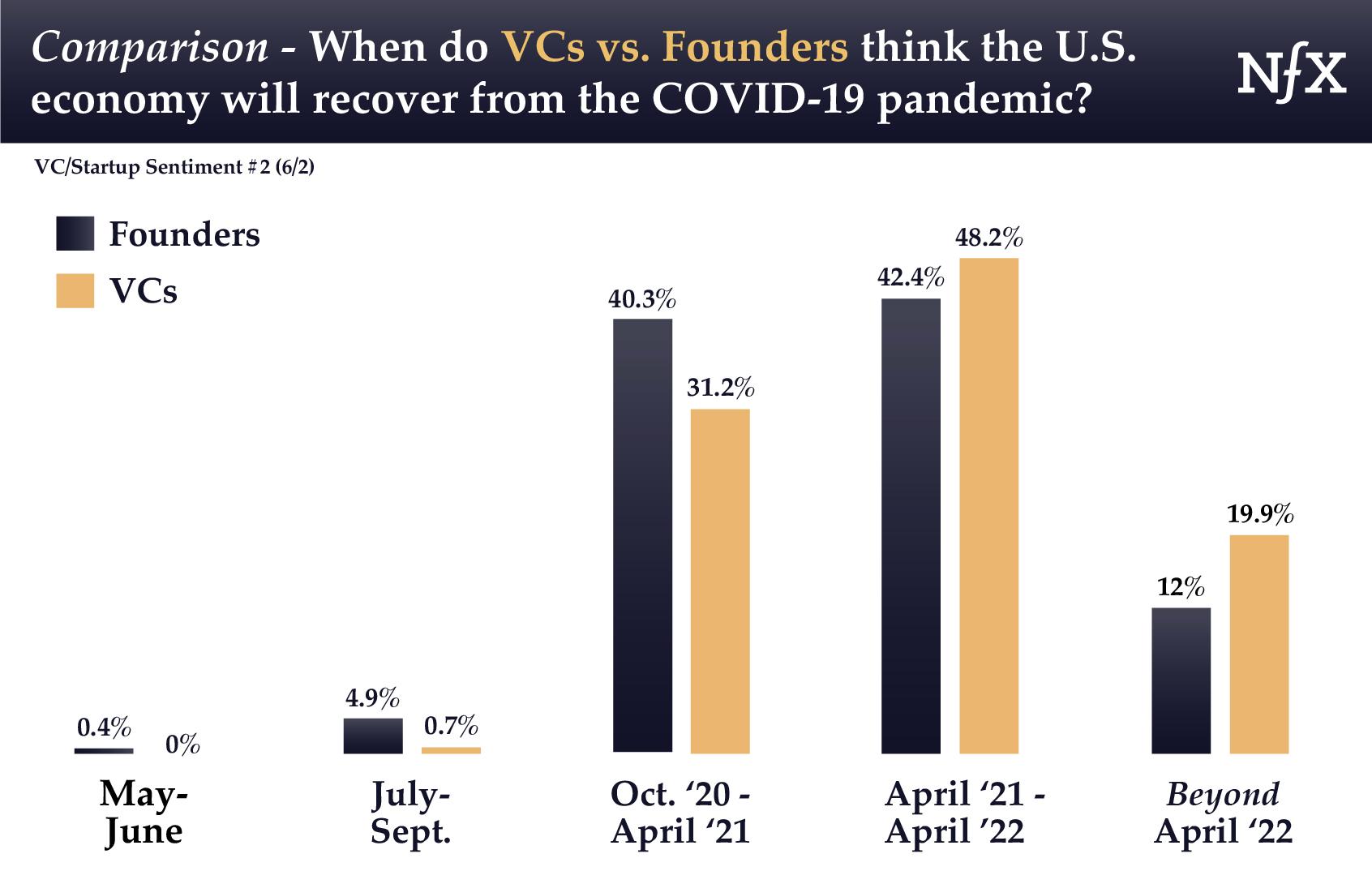 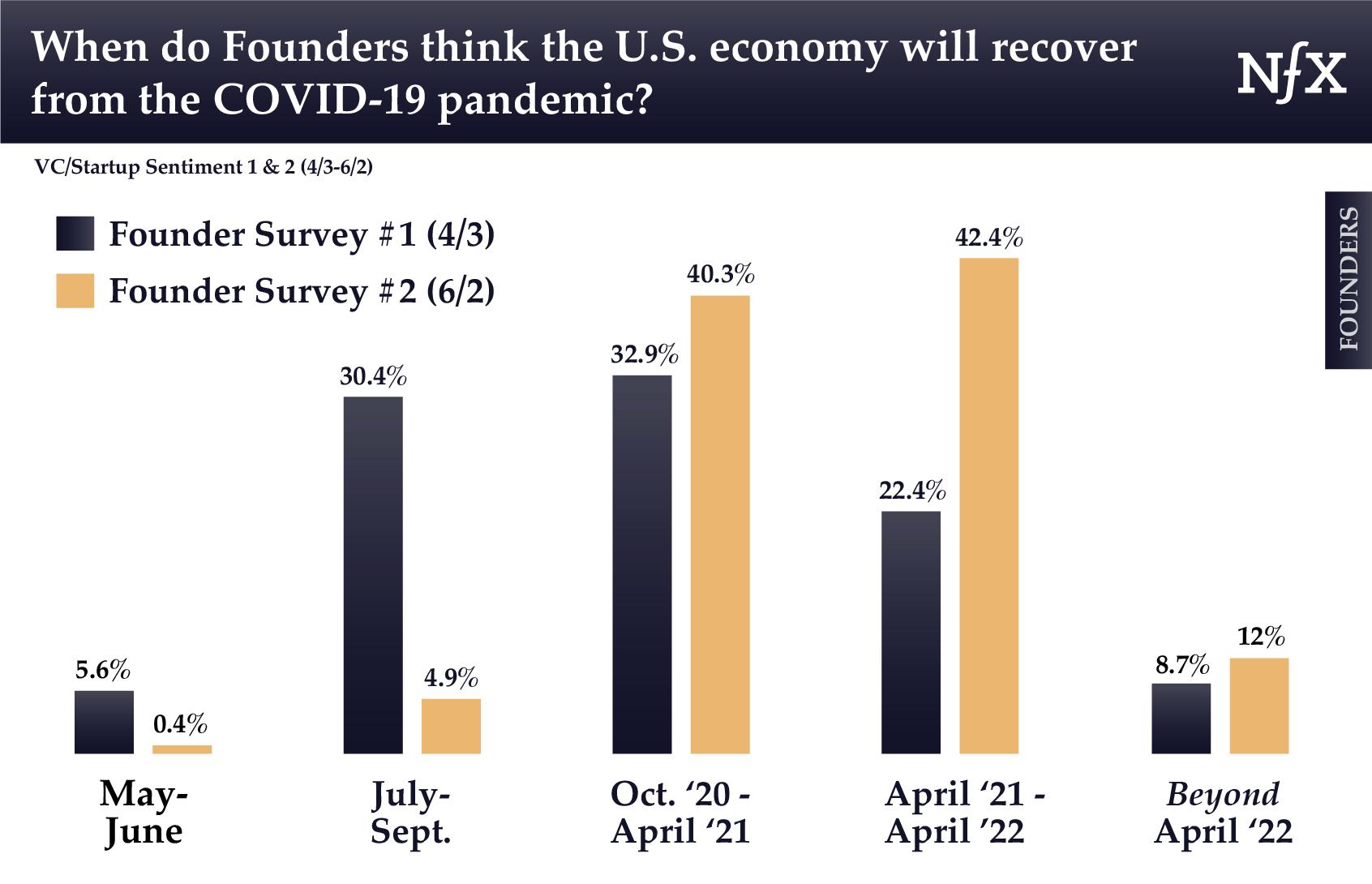 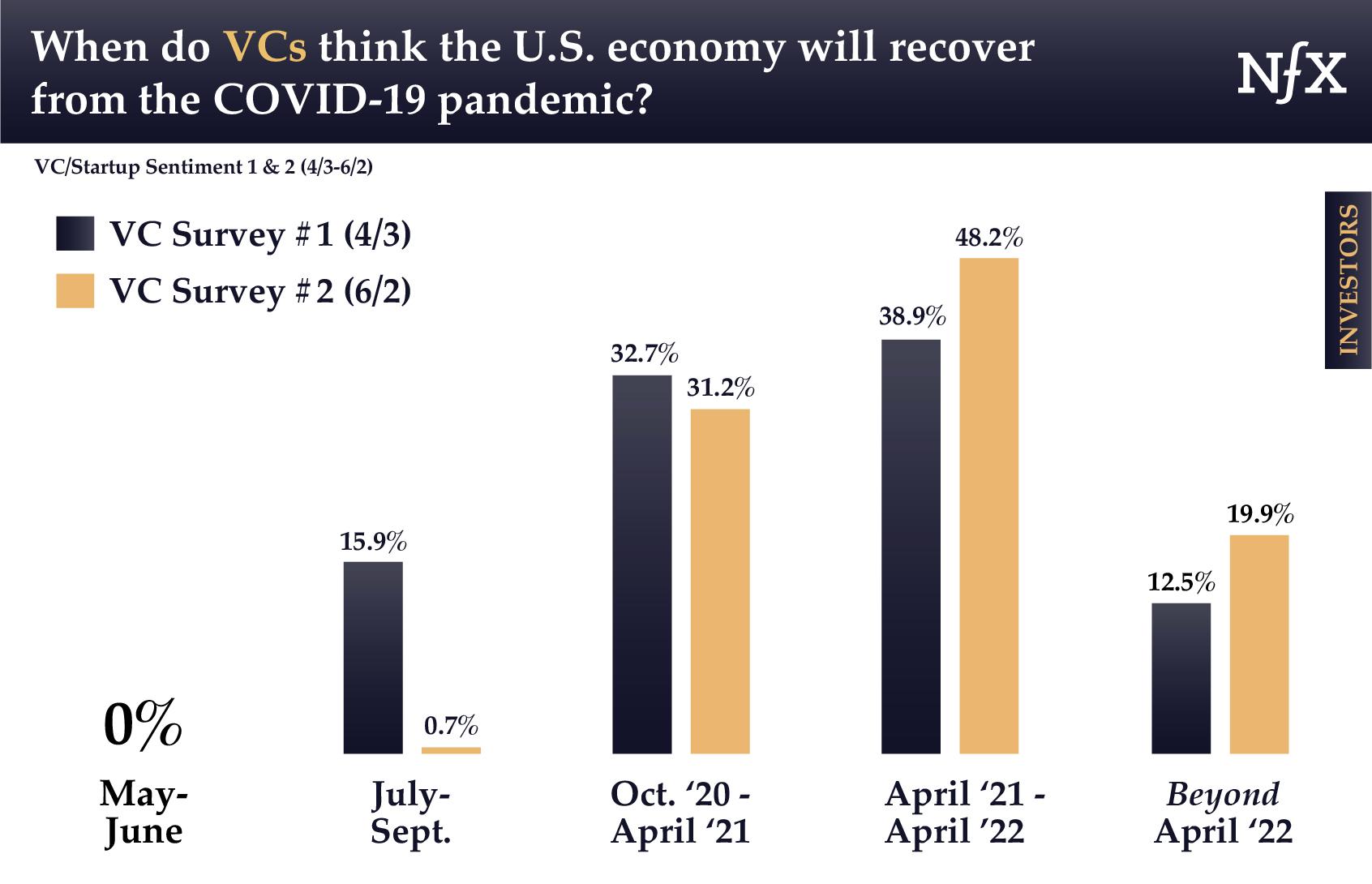 This latest survey reveals the evolving sentiment of the startup community, highlighting recent trends and comparing them to reactions from nearly three months ago when 286 Seed-stage & Series A Founders & 114 VCs were first surveyed.

2 – Founders are less worried about what COVID-19 means for their specific startups than they were two months ago — while 49.6% of VCs today are “Extremely Worried”. 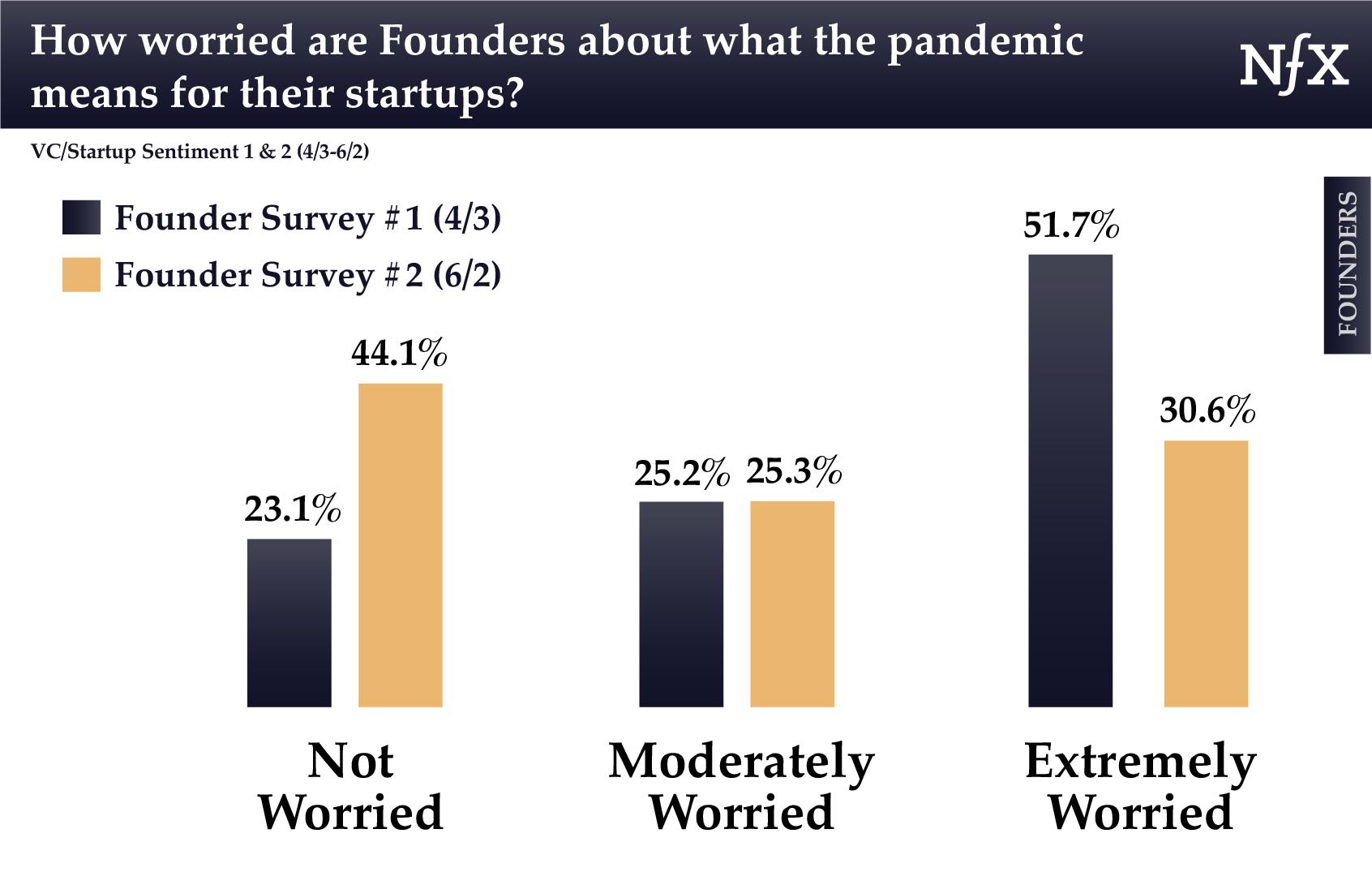 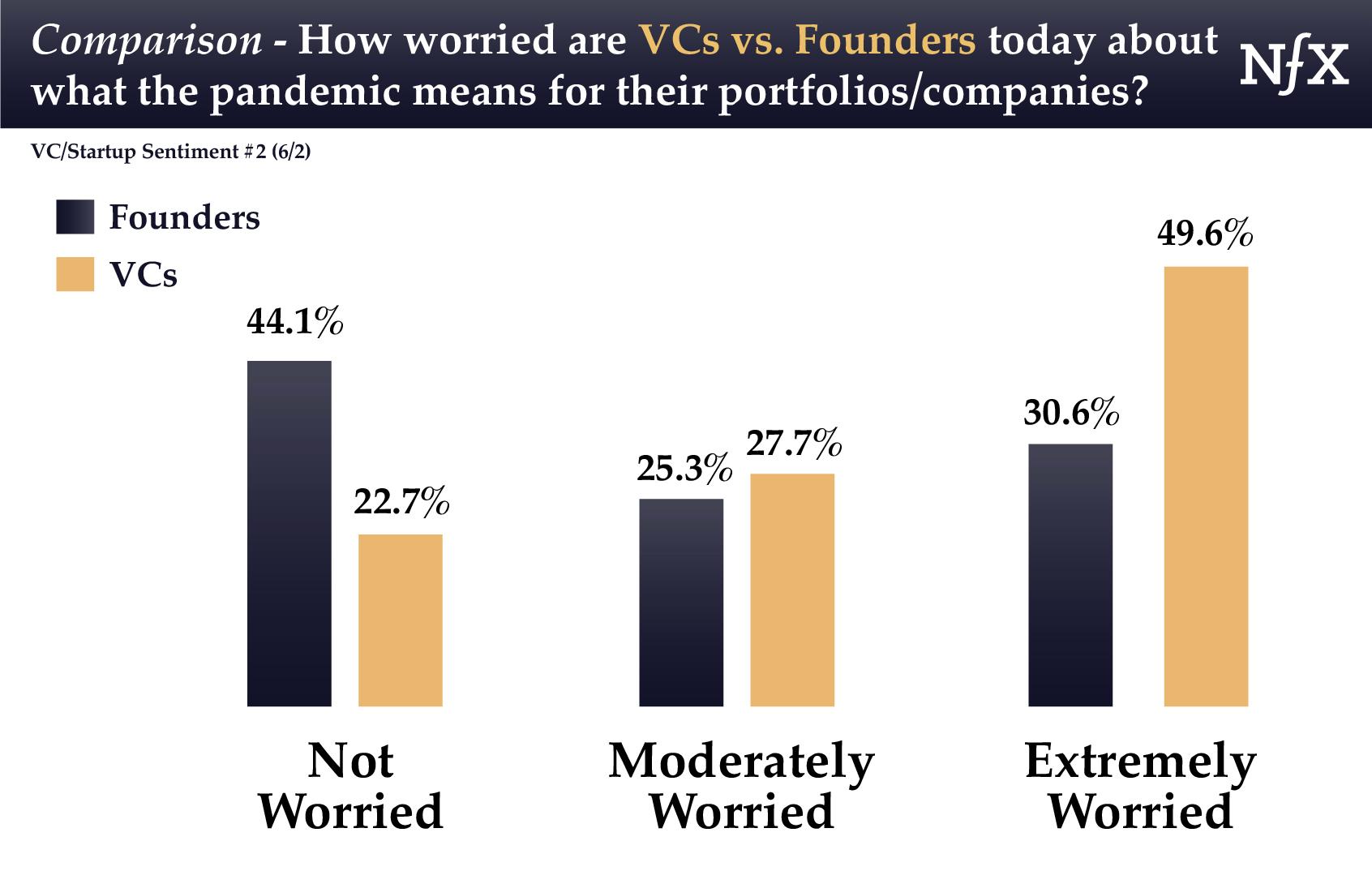 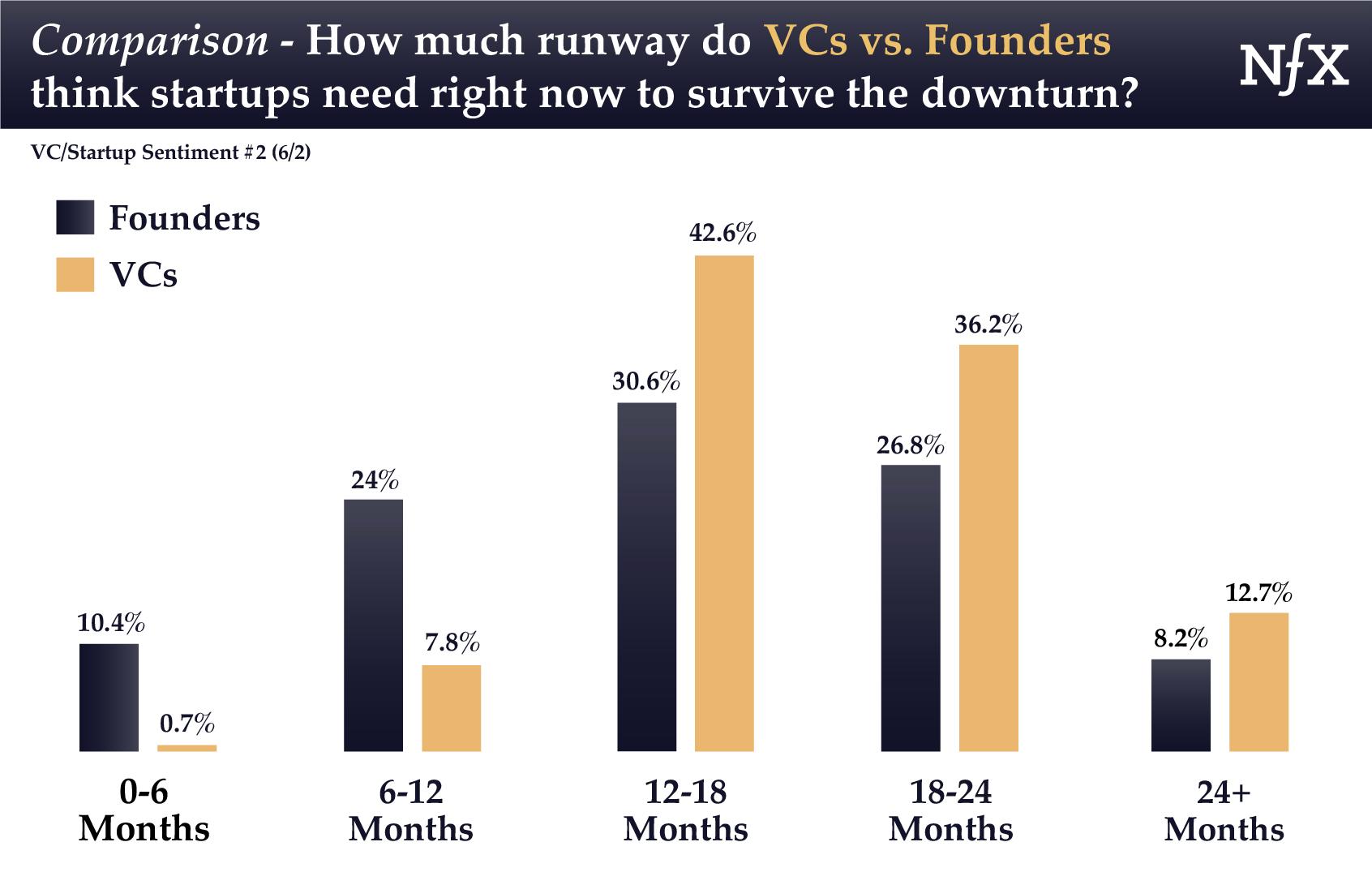 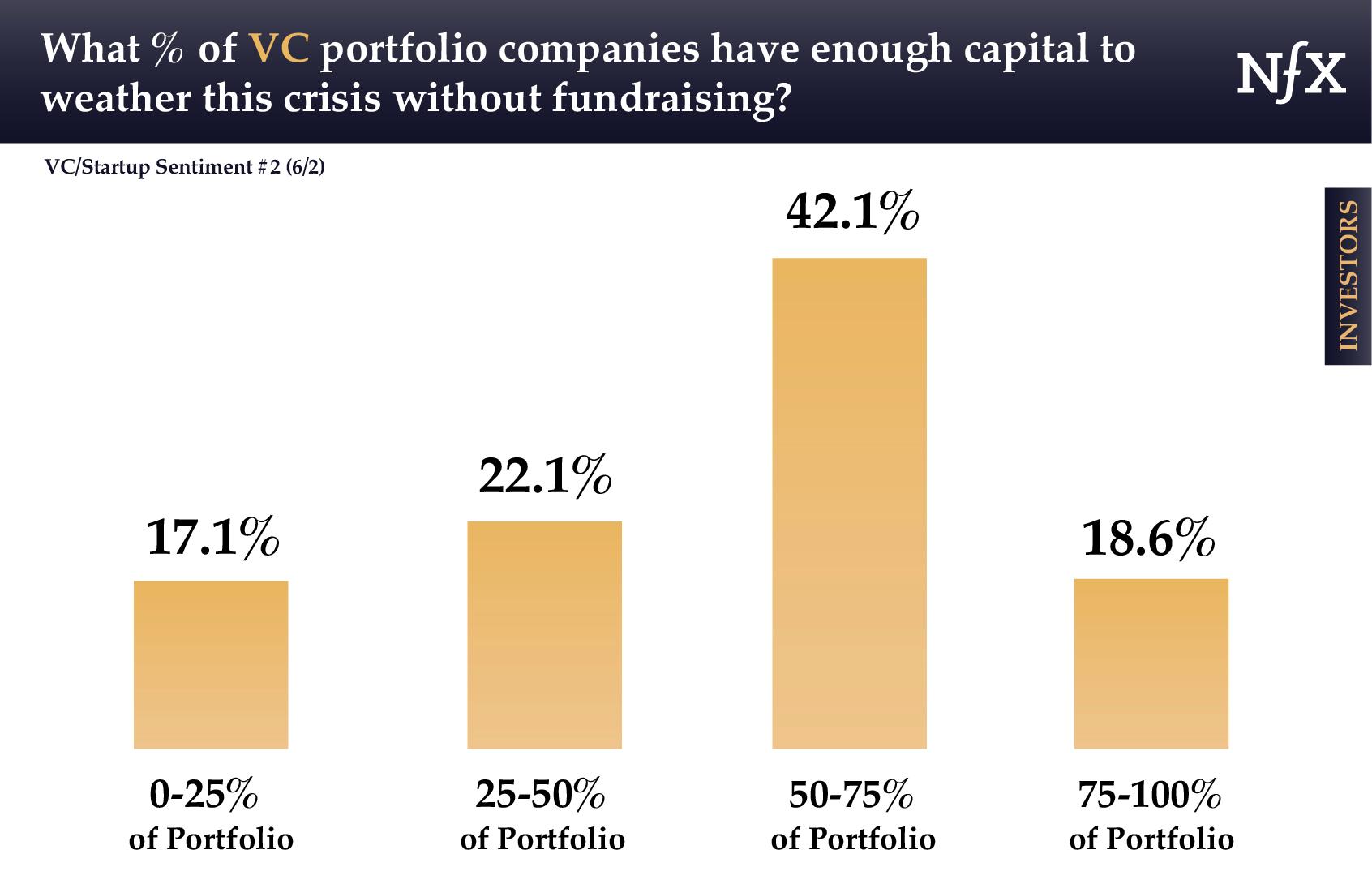 3 – 60% of VCs give the Federal Government a failing Grade of D or F on its handling of the COVID-19 pandemic.

A majority of these VCs give the Federal Government an F. 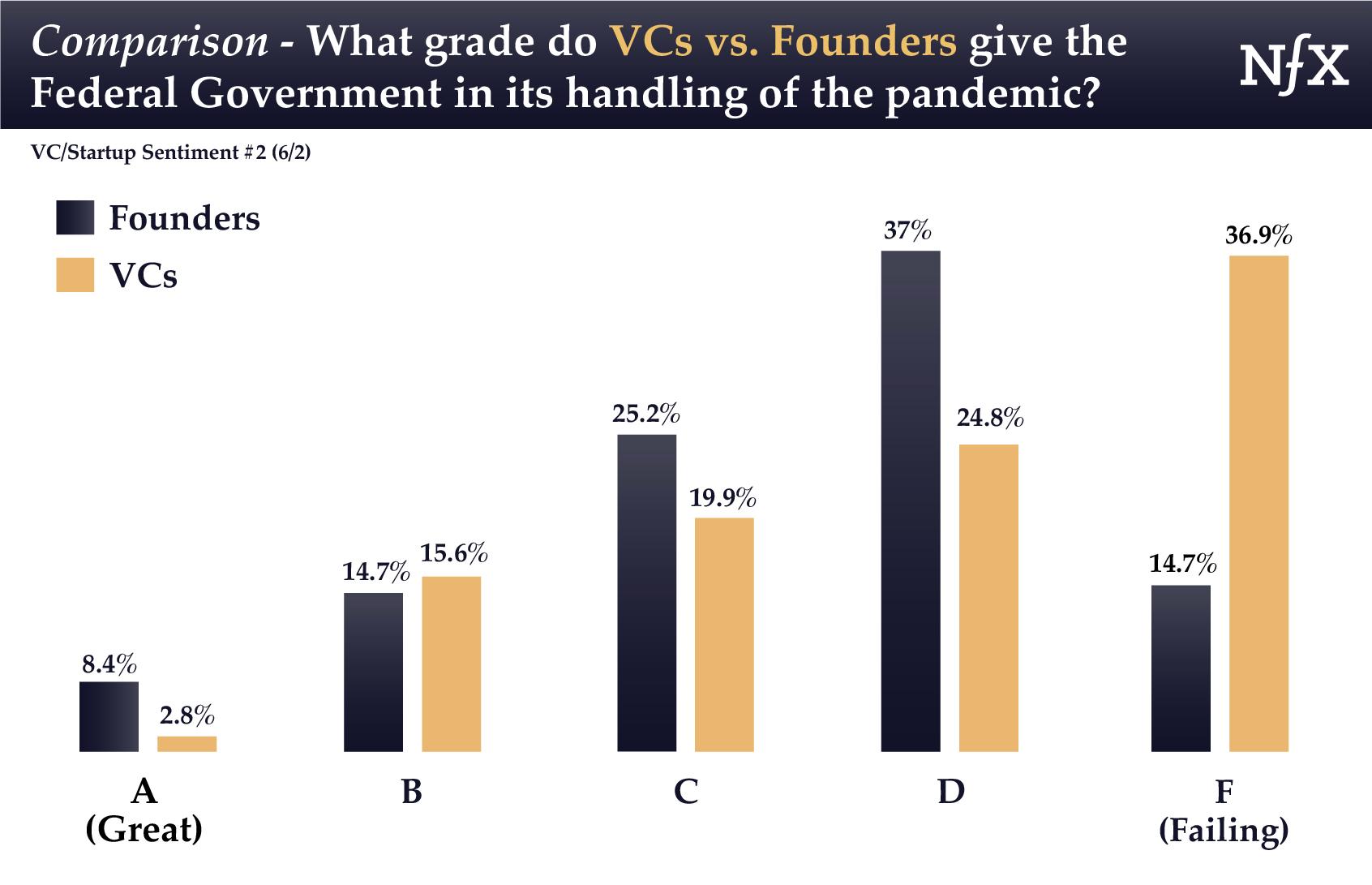 4 – Tech startups may have a competitive advantage in their speed to adapt to changing market conditions. 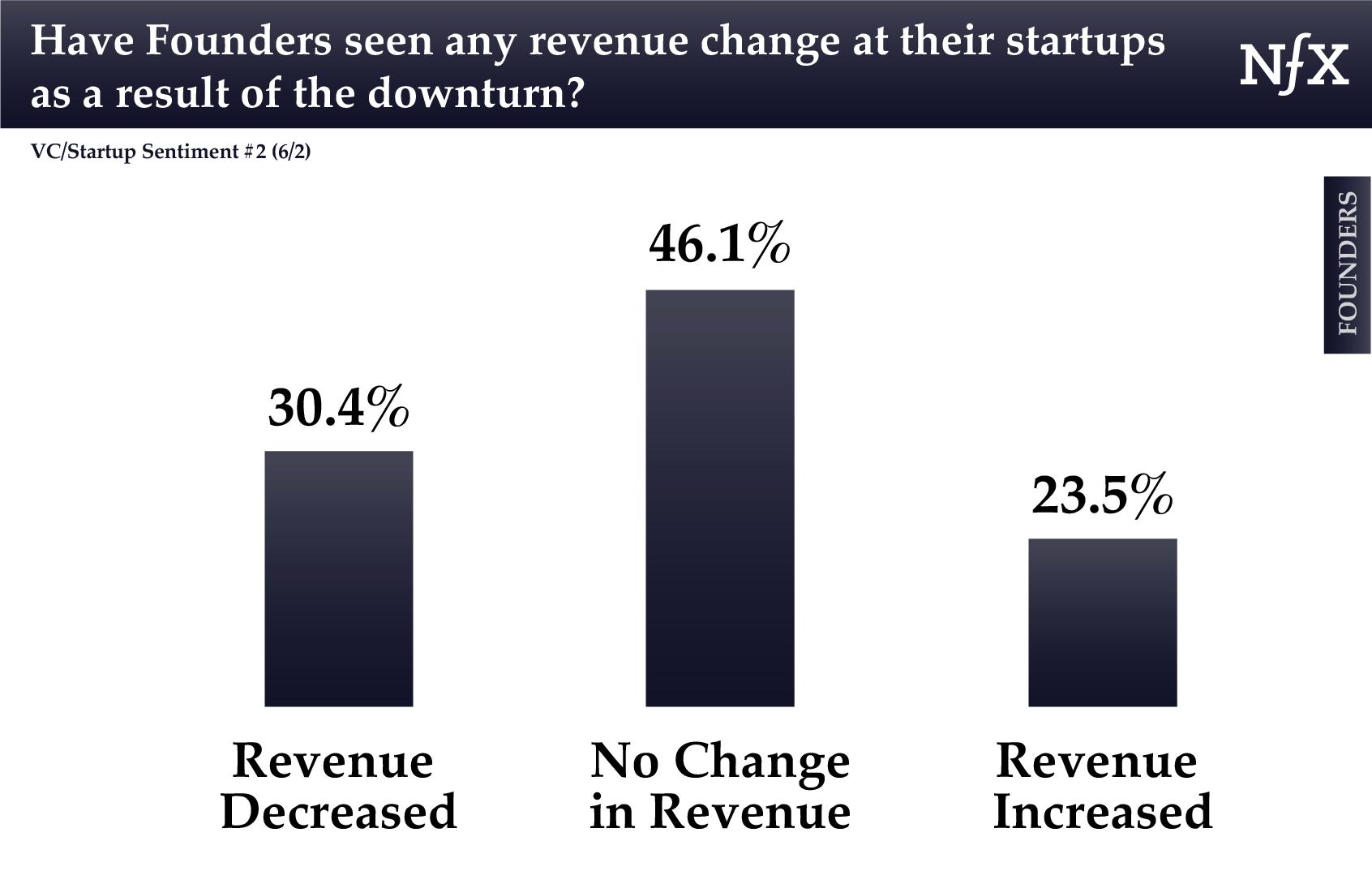 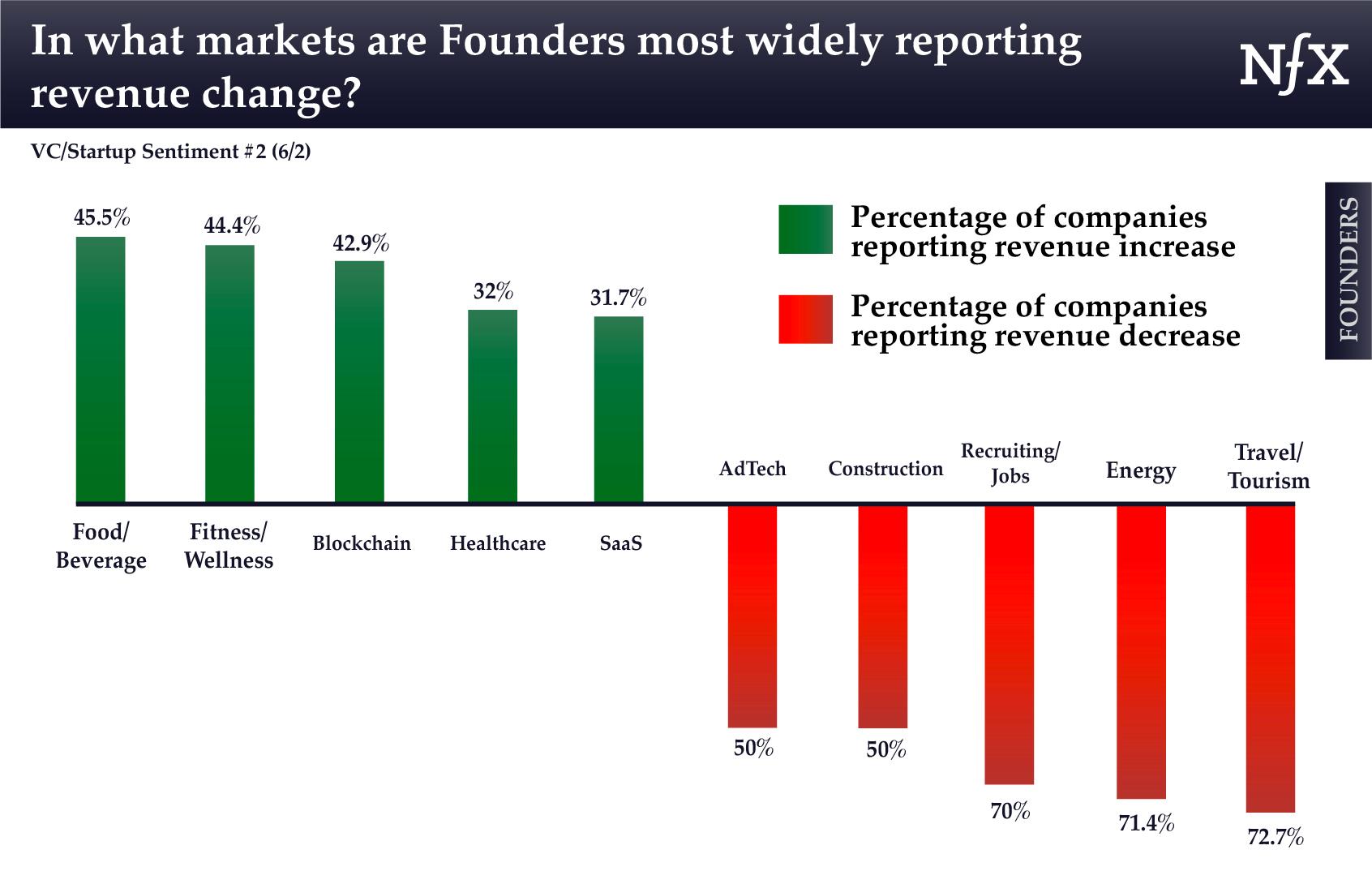 5 – Startup Founders are quickly looking to fundraise, at the same time that VCs are decreasing their rate of capital deployment into new investments. 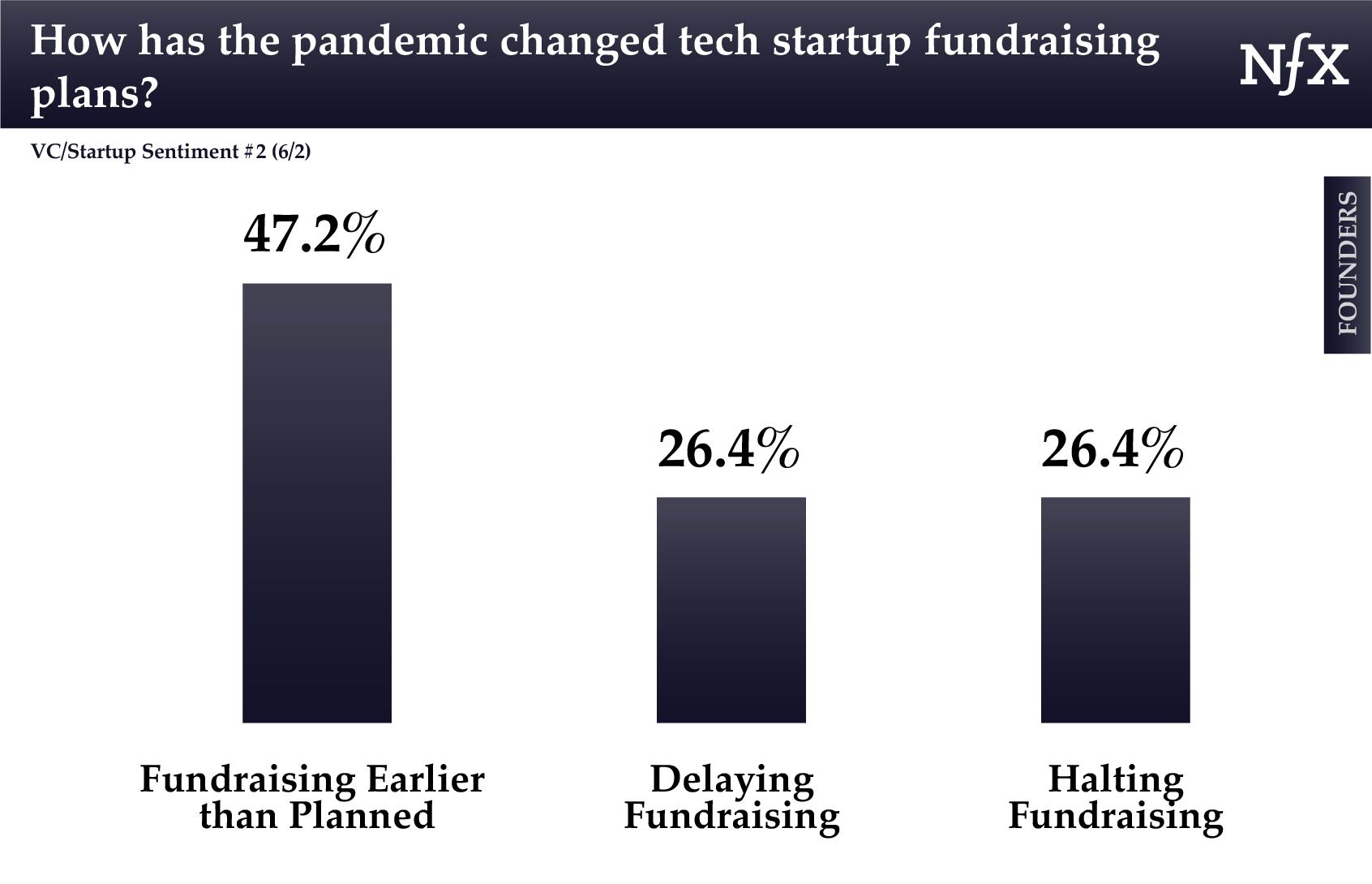 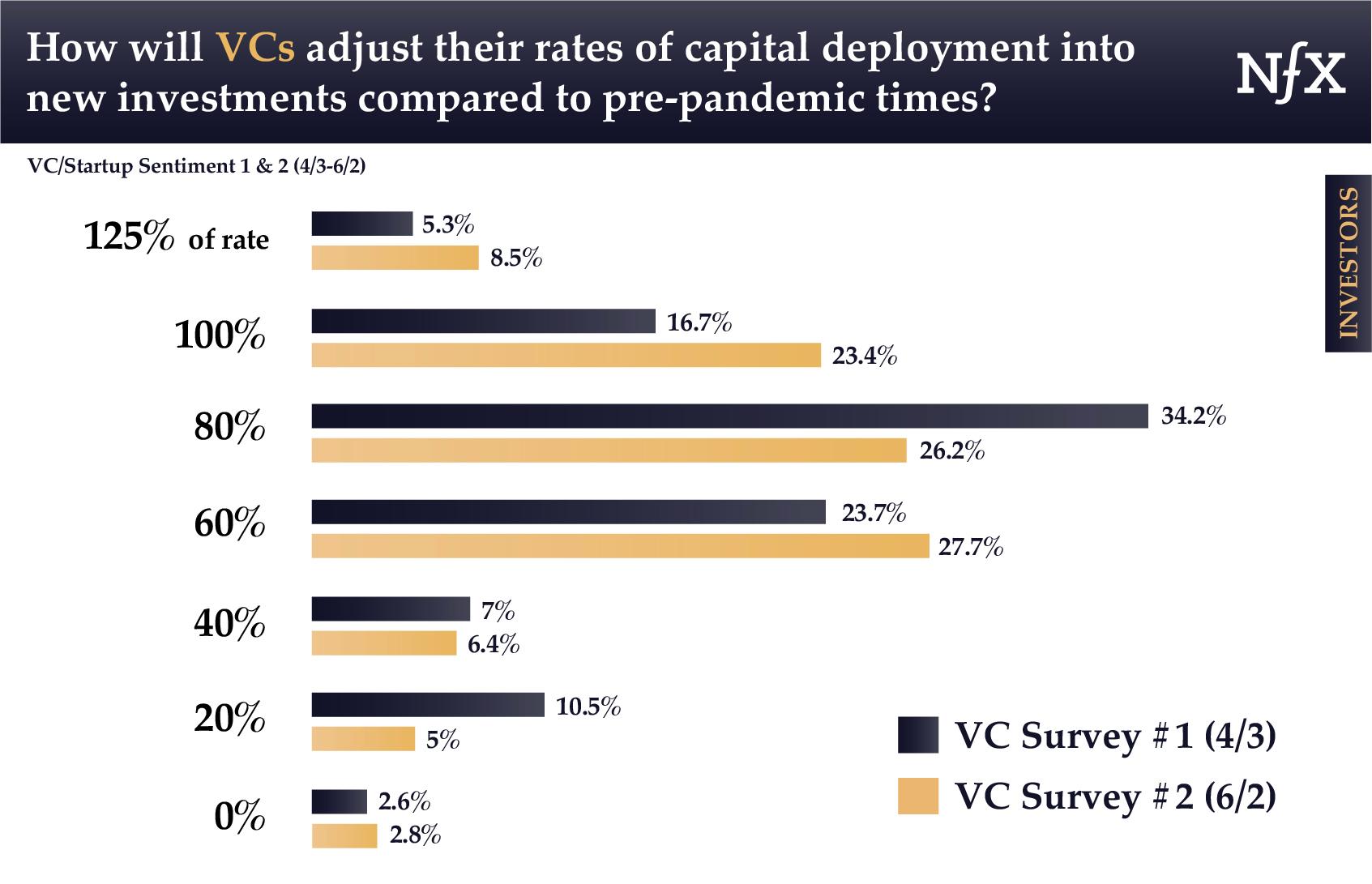 60% of VCs have seen valuations drop by 20-30% so far as a result of COVID-19. They predict additional decline in valuations over the next 12 months, adding up to an average predicted decrease of 40.1% in valuations. 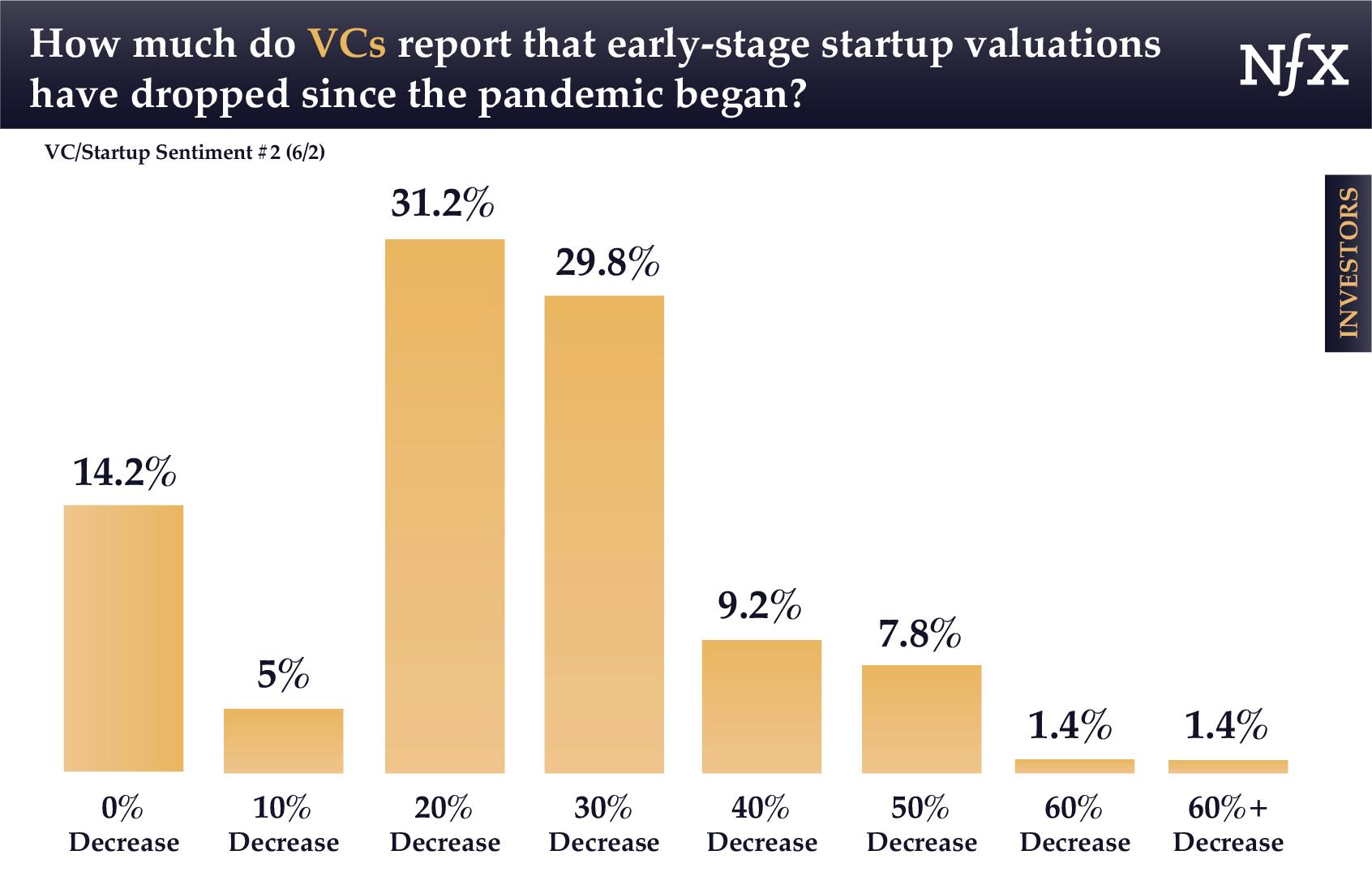 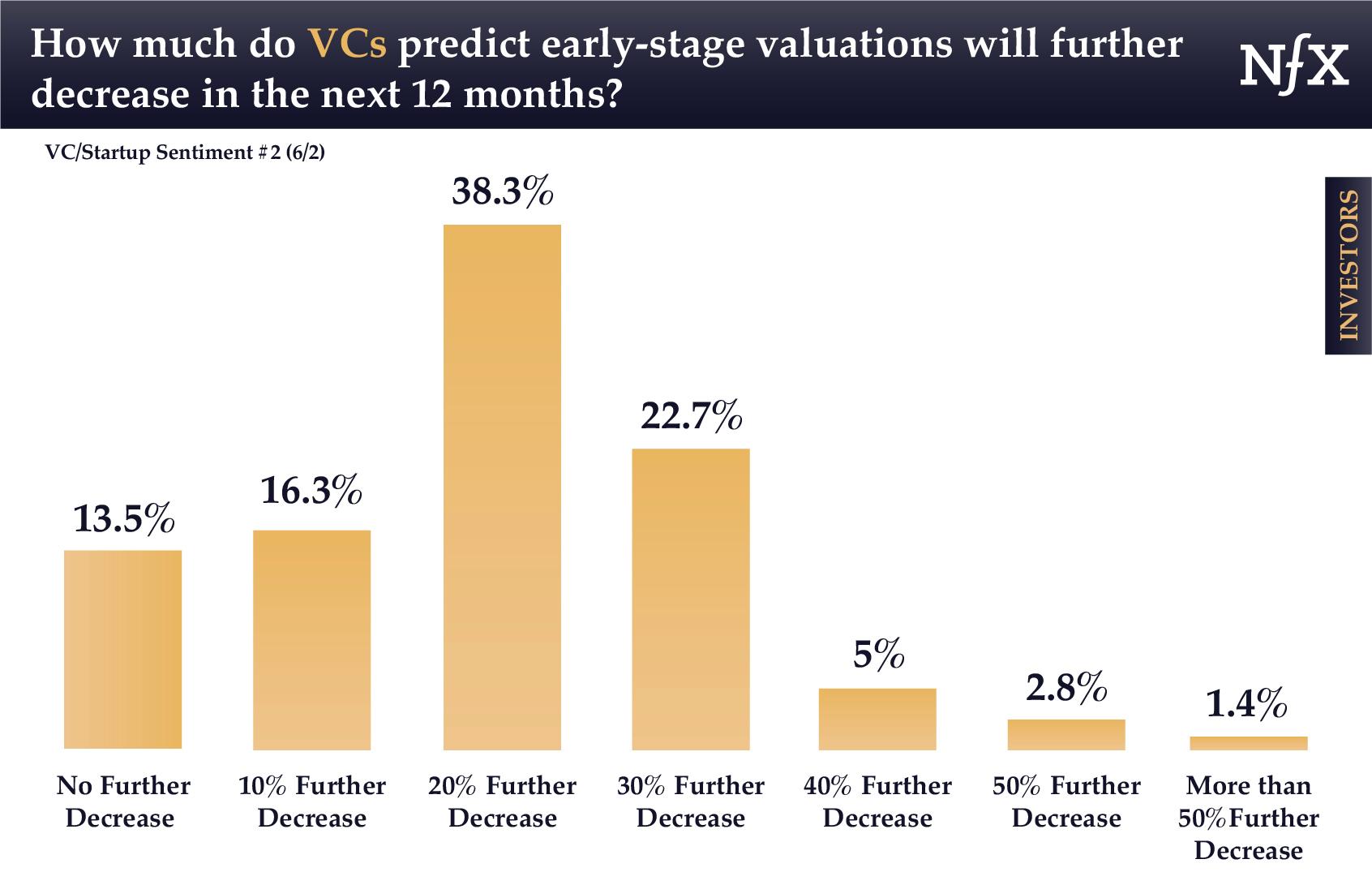 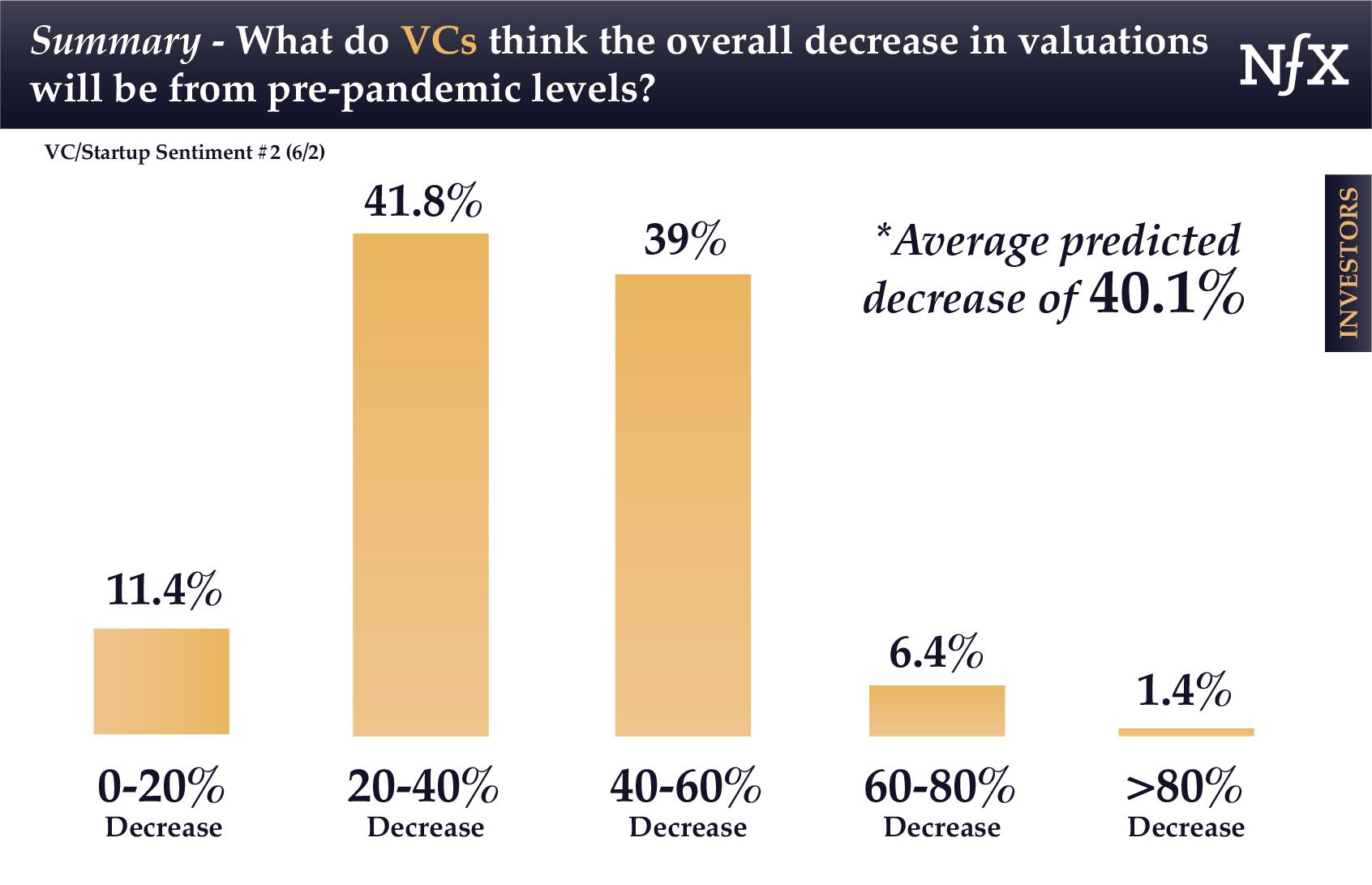 7 – As more Founders move their teams to be more remote, VCs remain skeptical of the long-term viability. 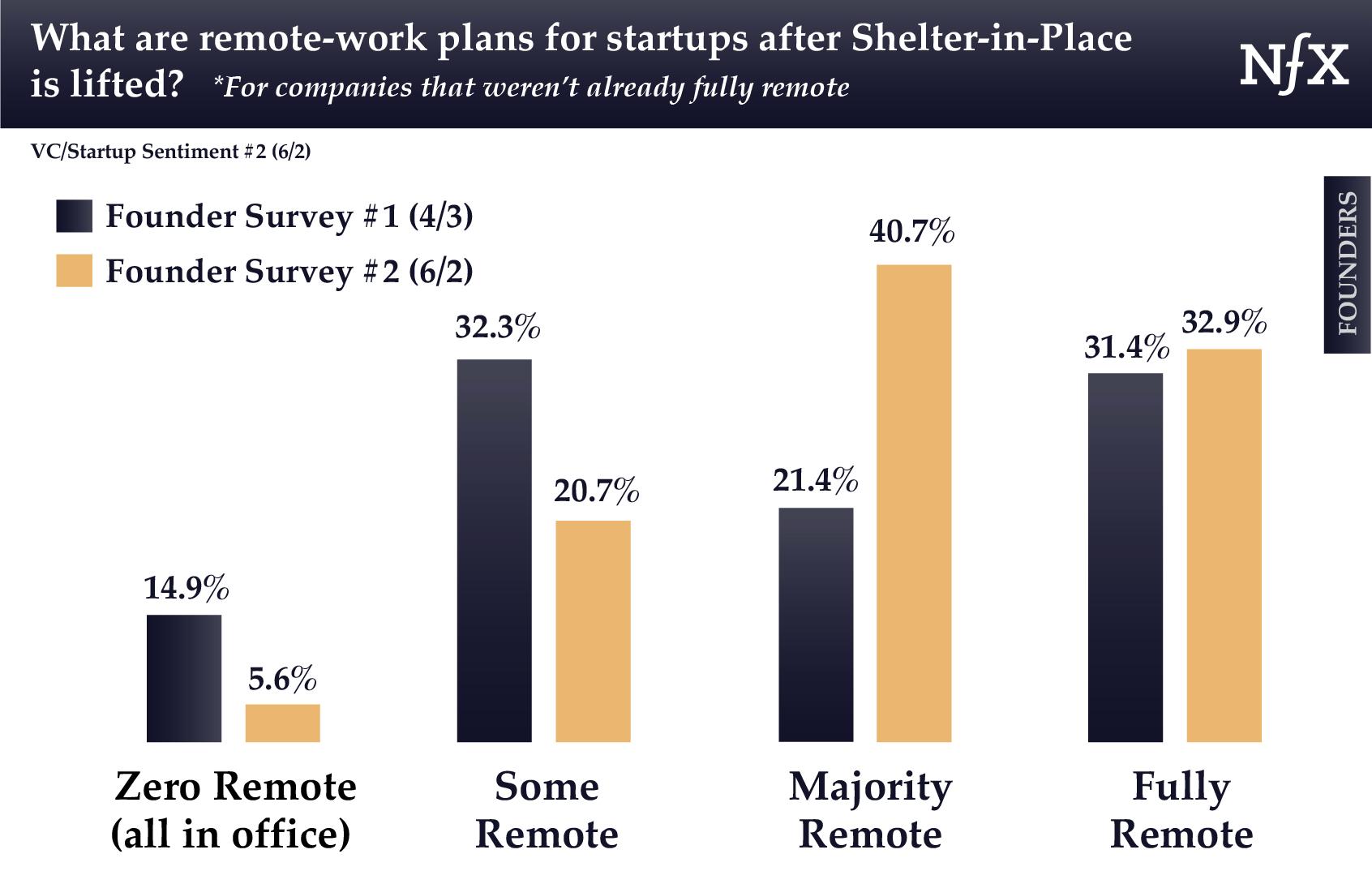 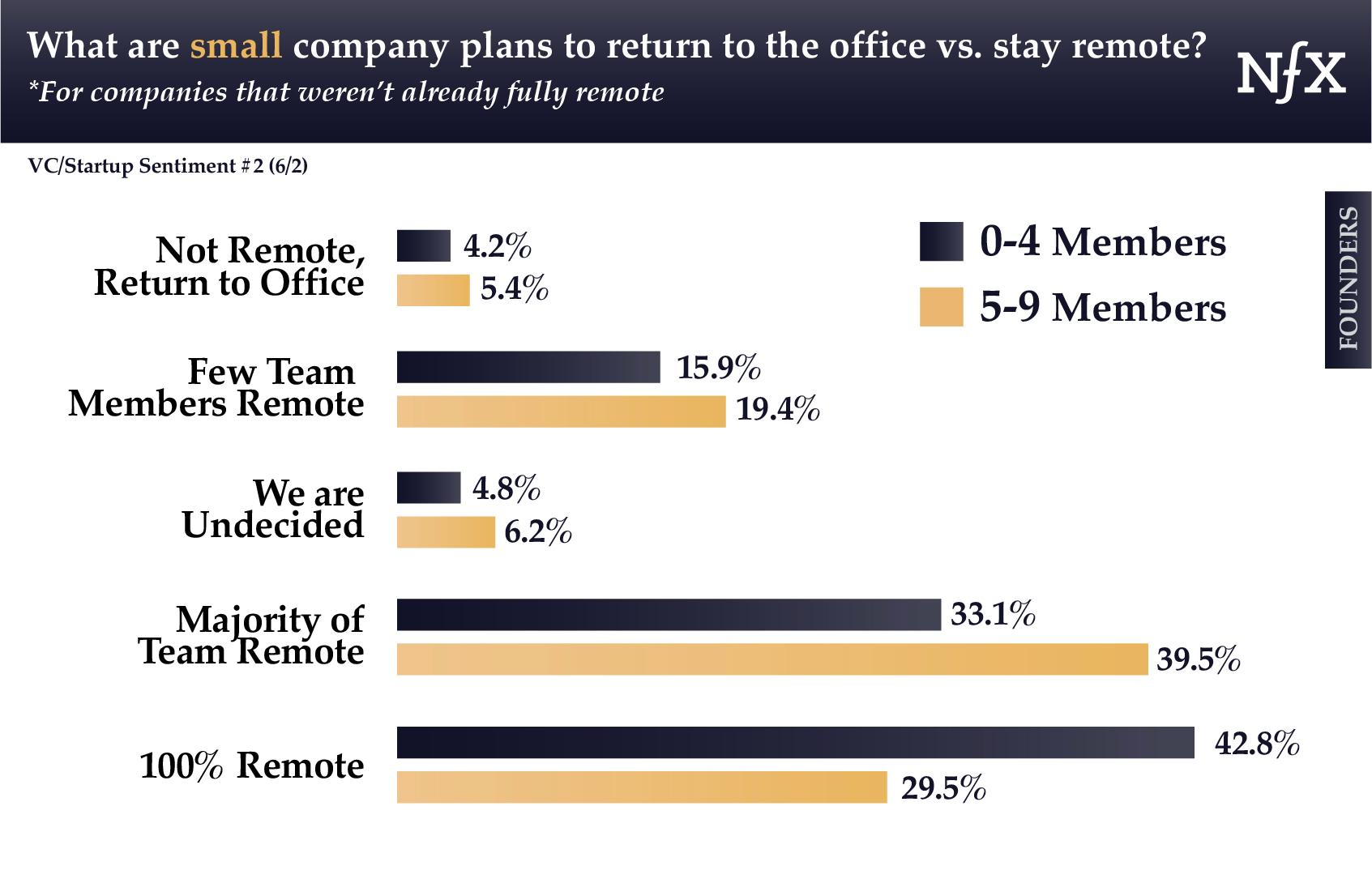 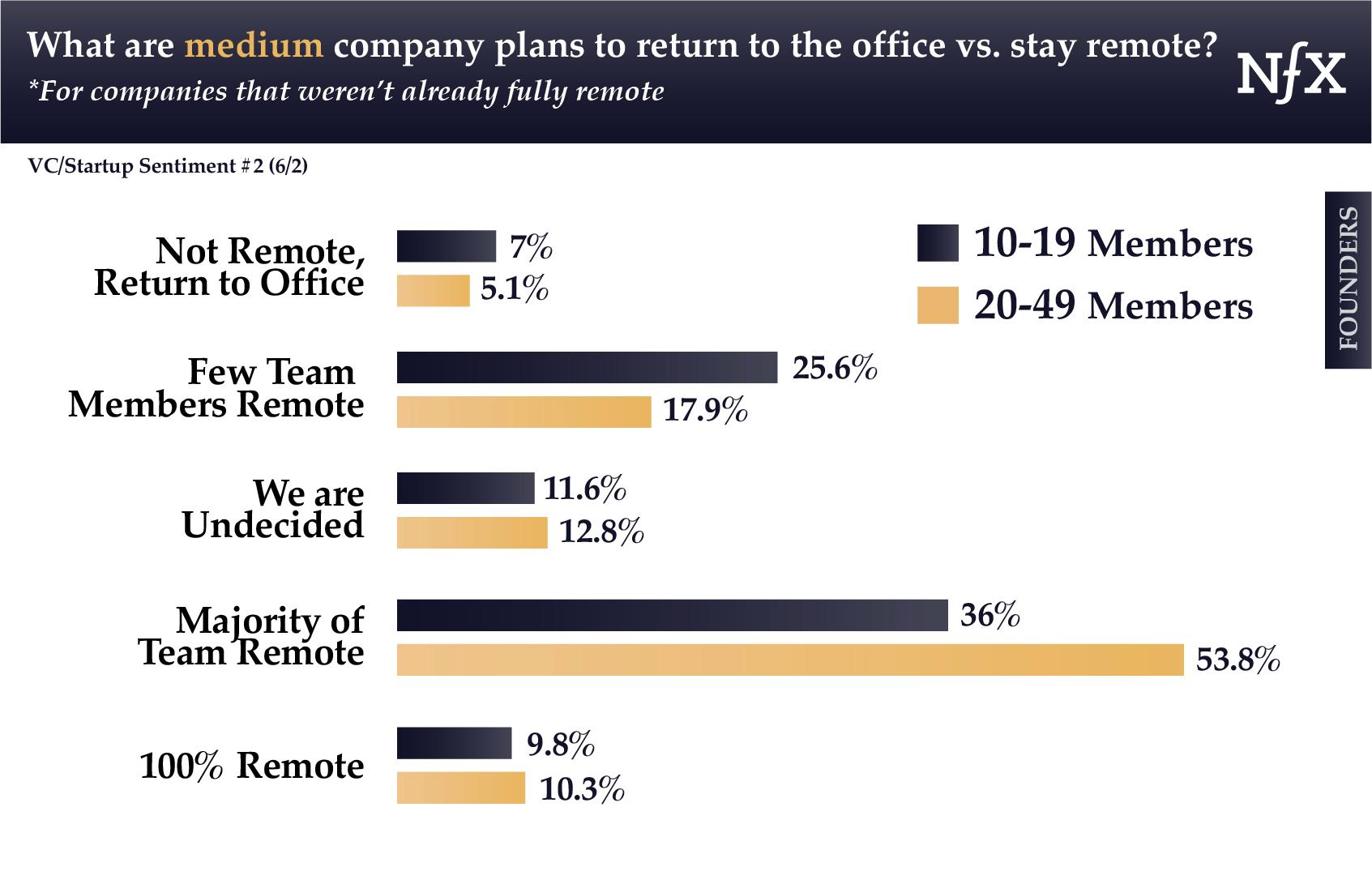 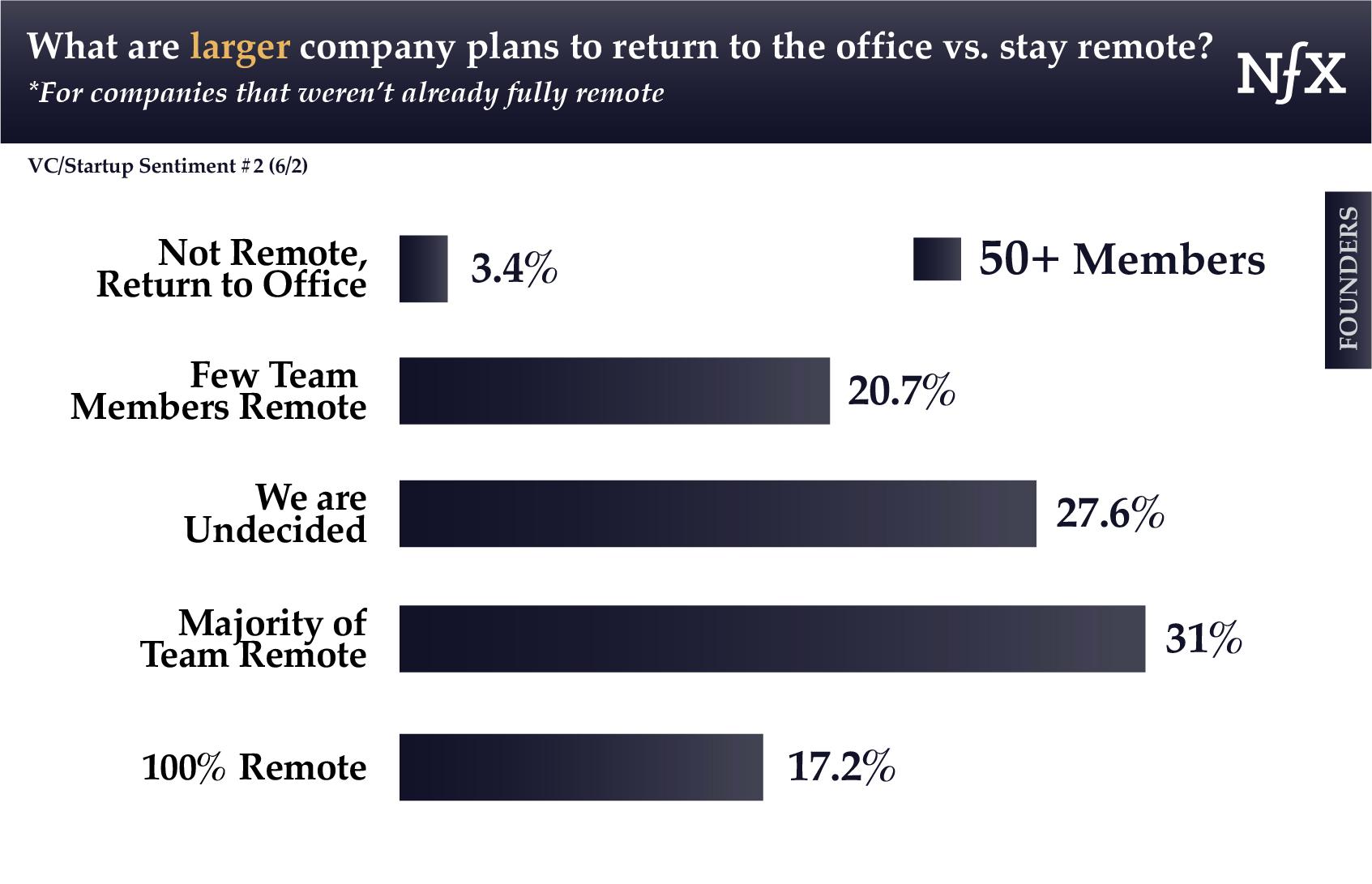 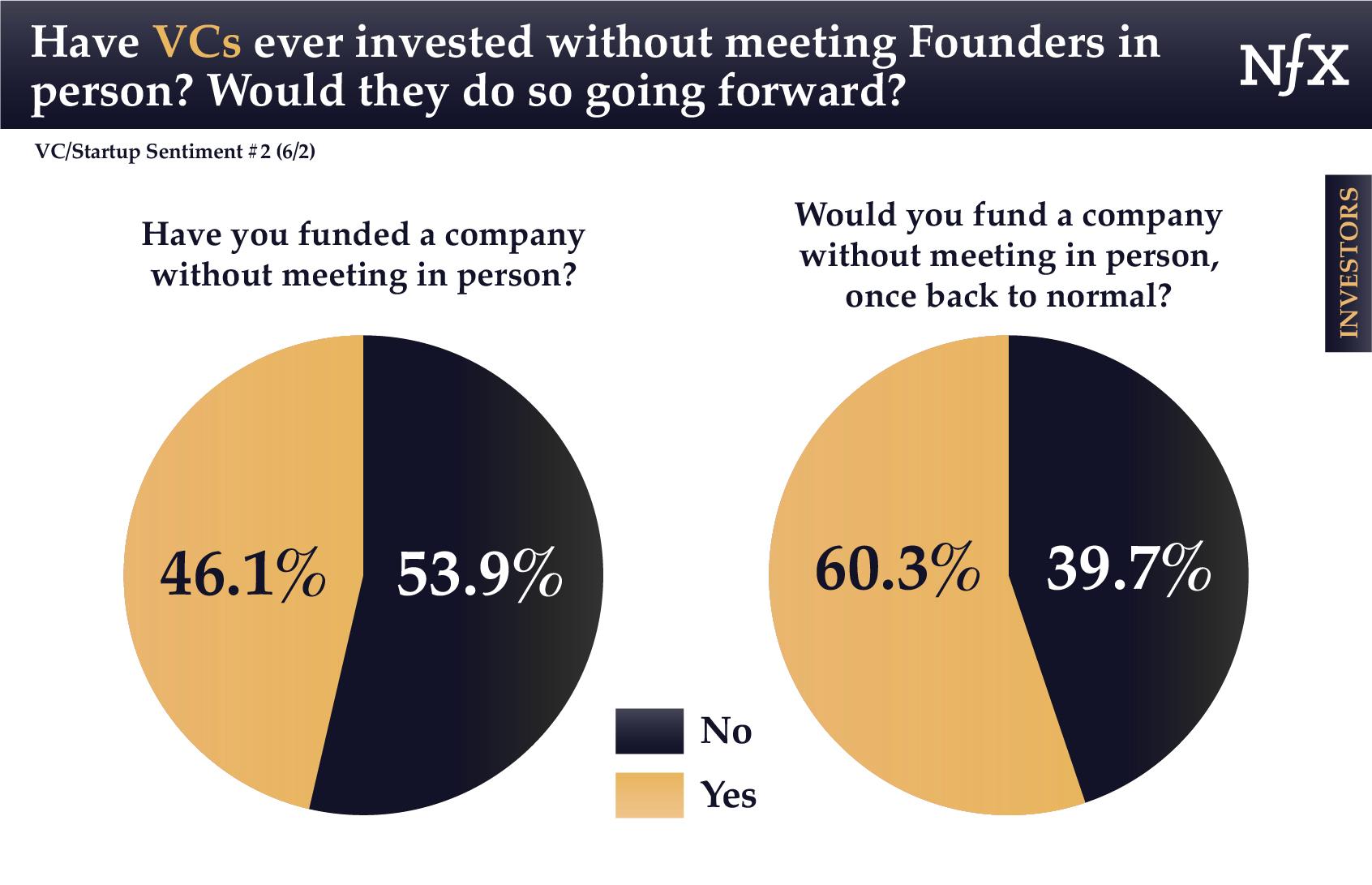 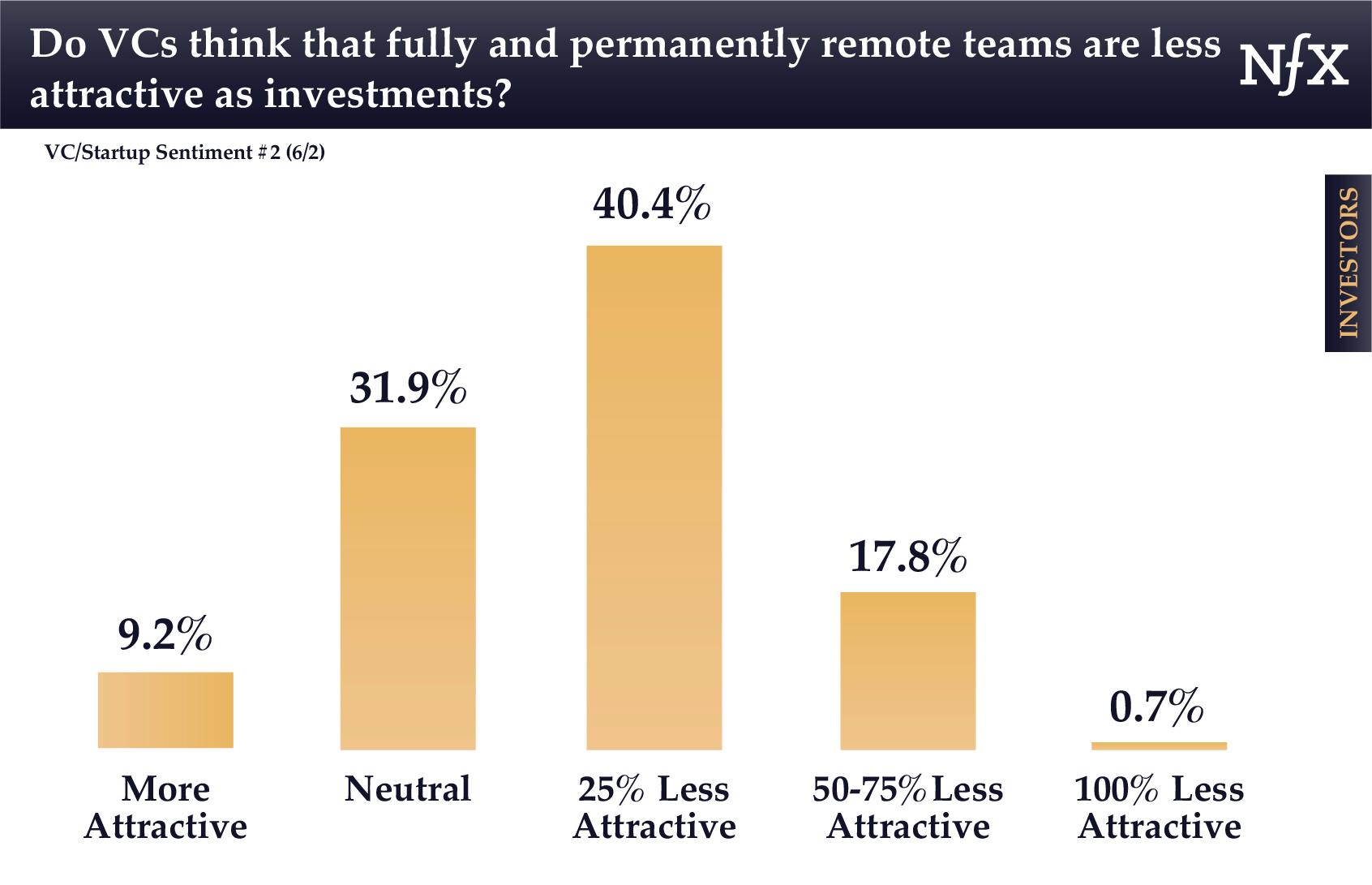 8 – Startups are still hiring (and getting talent for less $$) 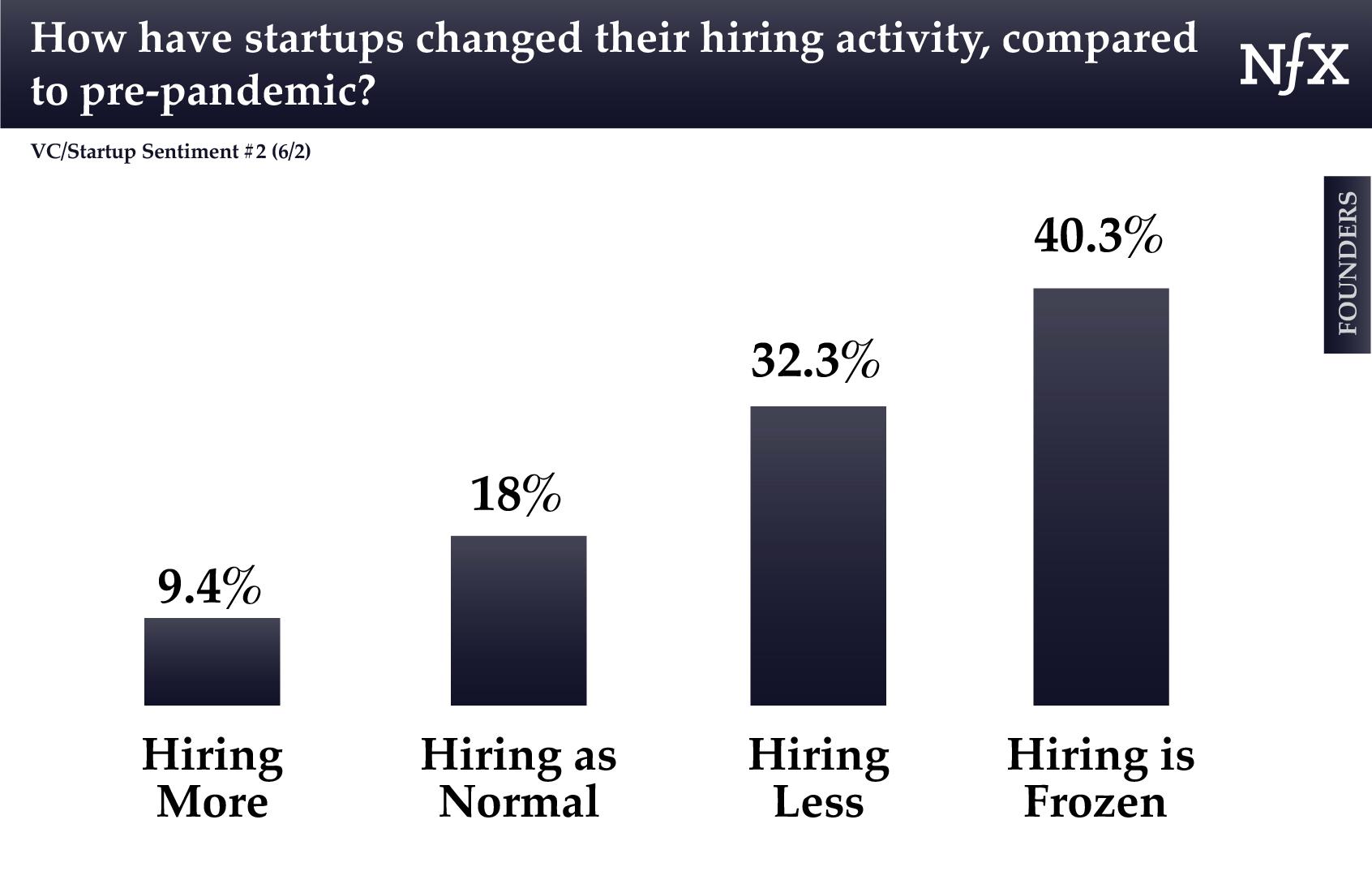 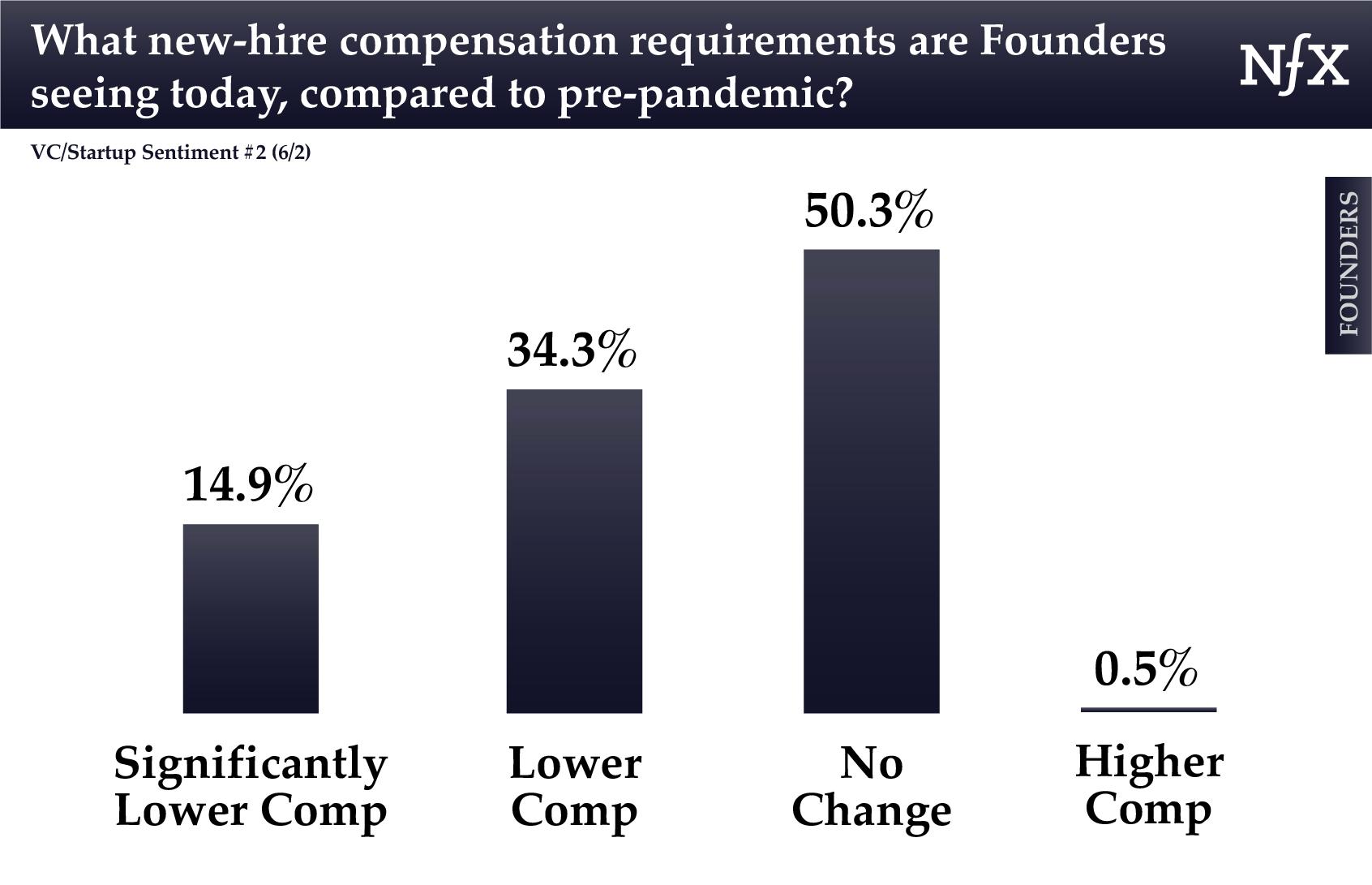 In partnership with Crunchbase: Early-stage fundings reported so far in 2020 are still strong.

We partnered with Crunchbase to review U.S. venture funding patterns from the last 5 years.

Crunchbase data shows that early and late-stage fundings are still strong today — down from 2019, but up overall from 2018.

Simultaneously, NFX Survey II data shows that 53.9% of early-stage VCs are reducing their rate of investments by 20-40% from normal pre-COVID-19 times, and that VCs believe the U.S. economy will heal even more slowly than Founders do. This may impact future data of successful early-stage fundings. 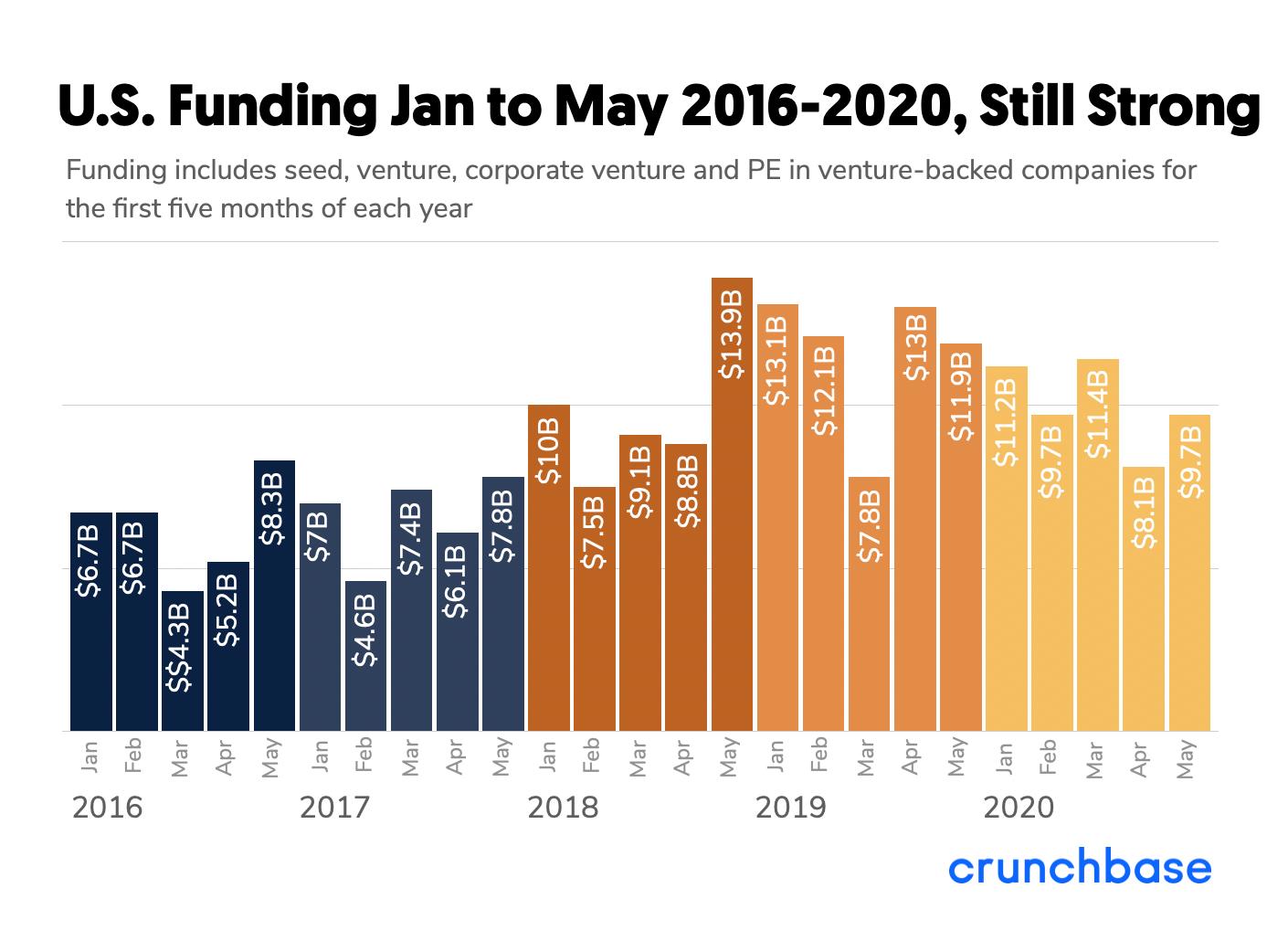 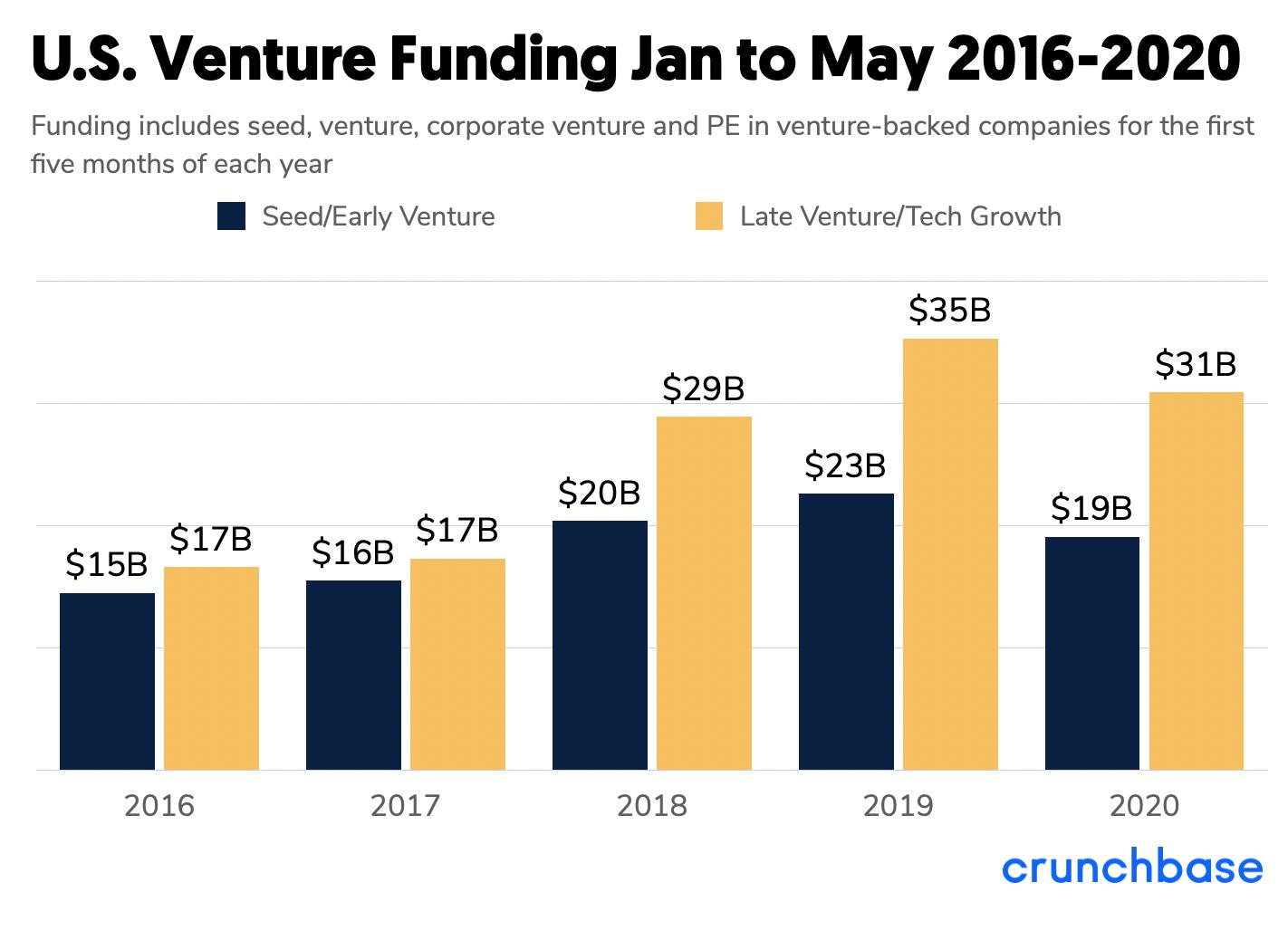 NFX will continue to conduct the VC & Founder Sentiment Survey, an ongoing initiative to track how early-stage Investors and Founders are reacting to the COVID-19 crisis. To stay updated on the results of future surveys, you can enter your email below:

Stay up to speed
Weekly resources, news, and stories. Be the first to know and get insider tips.
208,813 startups read our weekly essays.
Connect with
The NFX Team